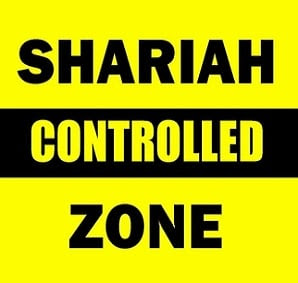 It has been obvious for a long time that Islam's political ideology is promoted the exact same way that Nazism was promoted and must be countered the same way.  Any attachment to the Koran is merely opportunistic as was any attachment to Christianity by the Nazis.

Roll back can start with banning all such teachings and all such political activity.  We did that with Communism and with Nazism and for less cause.  Remember that this political movement talks and acts with violence in order to force all Islam itself to adhere or stay quiet and of course they promote violent attack of non Muslims.  This is exactly how the Nazis grabbed power.

The longer we wait the more violent it will become.  Yet it is not necessary to meet violence with violence as that actually promotes their agenda. It is better to separate the active men from their communities and press their community into re education programs that serve to open minds to acceptable civilized behavior.  The men can work to groom woodlands in the boreal forest for their sustenance.  Five year stints can bring about a lot of change.


We’ve often heard the familiar refrain after an Islamic terror attack – terrorism is a “perversion” of Islam, and Muslims who commit acts of terror are not truly following the faith.

However, the man who infiltrated the Council on American-Islamic Relations for six months begs to differ.

“We have to accept reality, Sean, and reality is that all these jihadi groups all over the planet tell us why they are fighting,” Chris Gaubatz told Sean Hannity during an appearance on the latter’s radio show.

“It’s interesting to me that all these groups, whether it’s Islamic State, al-Qaida, the Taliban, Boko Haram, al-Shabaab, the Muslim Brotherhood, fill in the blank – how is it that they’re all getting their version of Islam wrong in the exact same way?”

Gaubatz, vice president of Understanding the Threat, marvels that so many American leaders remain reluctant to admit jihadists are fighting for Allah, with the ultimate goal of imposing the legal system sanctioned in the Quran.


“So Islam is the root of the problem. At some point, we have to acknowledge that or we’re going to continue to lose this war.”

Gaubatz has witnessed the inner workings of one of America’s largest Muslim organizations firsthand, having posed as a convert to Islam to gain a CAIR internship. He remained undercover for six months, gaining the trust of CAIR’s inner sanctum and collecting more than 12,000 pages of documents and hundreds of hours of video. He exposed CAIR’s role as a Muslim Brotherhood front group in supporting the international jihad movement against the United States.

The full story of his amazing undercover operation was told in the book “Muslim Mafia: Inside the Secret Underworld That’s Conspiring to Islamize America.”

Gaubatz told Hannity CAIR and the Muslim Brotherhood share the same goal as many of the Islamic terror groups.

“The Muslim Brotherhood, which is working to influence our Senate Intelligence, Judiciary and Homeland Security committees, has the exact same ideology as the Islamic State and al-Qaida, which is to establish an Islamic state under Shariah,” he said. “That is why they are fighting the jihad, whether it’s in Manchester, whether it’s in Syria, or whether it’s CAIR influencing our homeland security right here in the United States.”

Gaubatz said while he was working inside CAIR, he noticed the Muslim Brotherhood enjoyed a cozy relationship with the media.

He suspected they were working with their media contacts the morning after the Manchester terrorist attack in May to push the narrative that the attack had nothing to do with Islam.

“The media is more than willing to work with groups like the Muslim Brotherhood who have the exact same ideology as the Islamic State or al-Qaida to shut down any discussion about Islam being part of the problem,” he said.

In fact, Gaubatz insisted the media is really the more important battlefield on which Islam is fighting.
“This war that we’re seeing right now, Sean, we see this war as one line of operation where it’s people pulling triggers and it’s blowing things up and it’s awful, it’s terrorizing and it’s barbaric and it’s savage, but the big war right now is the war of narratives,” he told Hannity. “And when the media is constantly talking about Russia, necessarily we are not having the discussions about the real problems, like border security, like jihad, how to defeat jihad.”