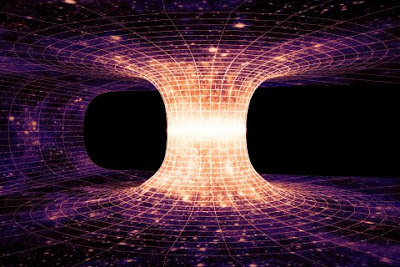 Again this is what we can detect.  That space happens to be is stuffed with dark matter doing all that blinking and whatever.
Reading through this we clarify something else.  It may well be possible to use a powerful spiral probe to finely map void space.. This could allow us to 'see' protons, neutrons and electrons as well.  That will go a long way to excise the ghost of Heisenberg.
Of course they are reacting with so called dark matter at least..
.
Physicists who created 'pure nothingness' say they detected something astonishing inside of it

According to quantum mechanics, a vacuum isn't empty at all. It's actually filled with quantum energy and particles that blink in and out of existence for a fleeting moment — strange signals that are known as quantum fluctuations.

For decades, there had only ever been indirect evidence of these fluctuations, but back in 2015, researchers claimed to have detected the theoretical fluctuations directly. And now the same team says they've gone a step further, having manipulated the vacuum itself, and detecting the changes in these strange signals in the void.

We're entering the territory of high-level physics here, but what's really important in this experiment is that, if these results are confirmed, the researchers might have just unlocked a way to observe, probe, and test the quantum realm without interfering with it.

That's important, because one of the biggest problems with quantum mechanics — and our understanding of it — is that every time we measure and observe a quantum system, we destroy it, which doesn't bode well when we want to tease out what's really going on in the quantum world.

This is where the quantum vacuum comes into it.

First of all, let's think of a vacuum in a classical way — as space entirely devoid of matter, with the lowest possible energy. There are no particles there, and nothing to interfere with pure physics.

But a byproduct of one of the most fundamental principles in quantum mechanics, Heisenberg's uncertainty principle, states that there's a limit to how much we can know about quantum particles, and as a result, a vacuum isn't empty, it's actually buzzing with its own strange energy, and filled with particle-antiparticle pairs that appear and disappear randomly.

These are more like "virtual" particles than physical matter, so ordinarily you can't detect them. But although they're invisible, like most things in the quantum world, they subtly influence the real world.
These quantum fluctuations produce randomly fluctuating electric fields that can affect electrons, which is how scientists first indirectly demonstrated their presence back in the 1940s.

For decades, that was all we had to go on.

Then, in 2015, a team led by Alfred Leitenstorfer from the University of Konstanz in Germany claimed they'd directly detected these fluctuations, by observing their influence on a light wave. The results were published in Science.

To do this, they fired a super short laser pulse — lasting only a few femtoseconds, which is a millionth of a billionth of a second — into a vacuum, and were able to see subtle changes in the polarization of the light. They said these changes were caused directly by the quantum fluctuations.

It's a claim that's still being debated, but the researchers have now taken their experiment to the next level by "squeezing" the vacuum, and say they've been able to observe the strange changes in the quantum fluctuations as a result.

This isn't just further evidence of the existence of these quantum fluctuations — it also suggests that they've come up with a way to observe experiments in the quantum world without messing up the results, which is something that would ordinarily destroy the quantum state.

"We can analyze quantum states without changing them in the first approximation," said Leitenstorfer. 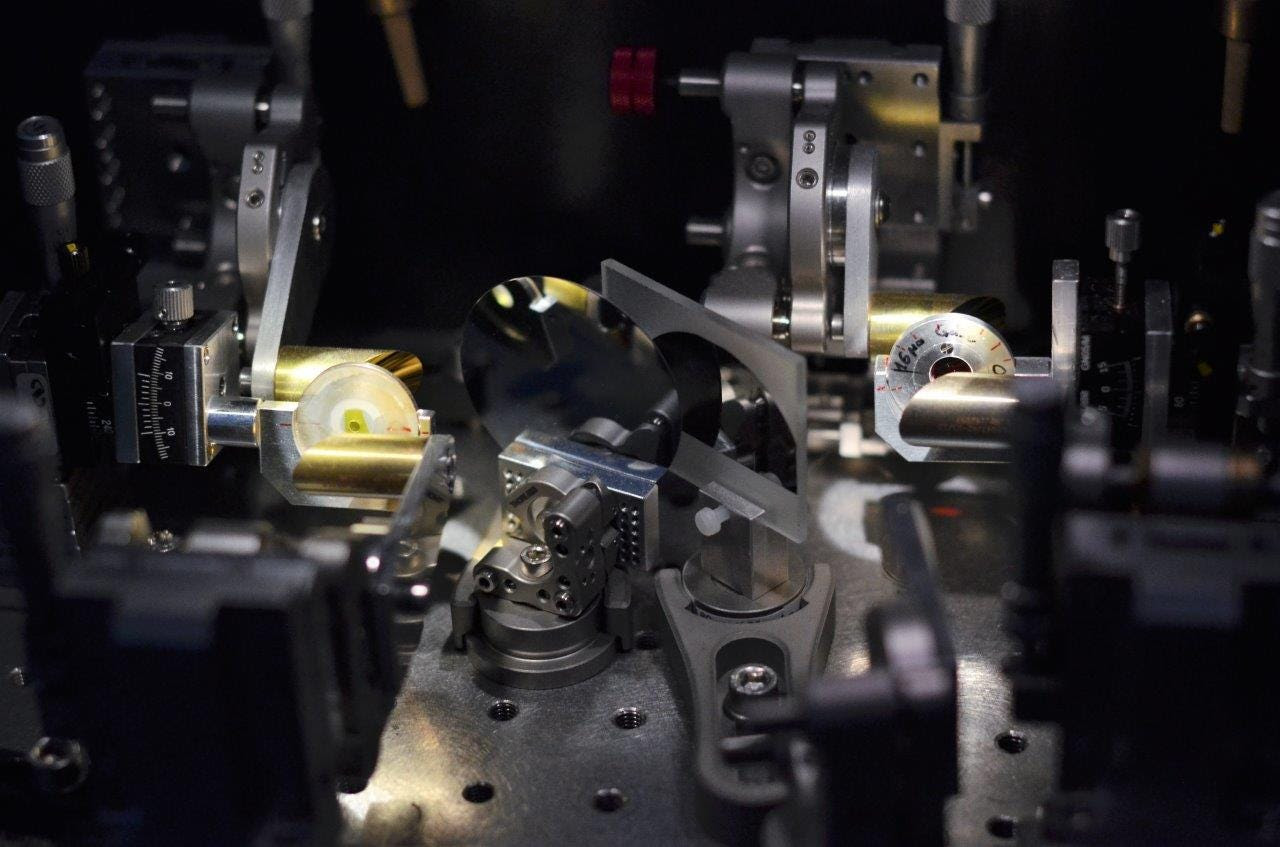 Usually when you're looking for the effects of quantum fluctuations on a single light particle, you'd have to detect that light particle, or amplify it, in order to see the effect. And this would remove the "quantum signature" left on that photon, which is similar to what the team did in the 2015 experiment.

This time, instead of looking at the changes in quantum fluctuations by absorbing and amplifying photons of light, the team studied light on the time domain.

That sounds weird, but in a vacuum, space and time behave in the same way, so it's possible to examine one to learn more about the other.

Doing this, the team saw that when they "squeezed" the vacuum, it worked kind of like squeezing a balloon, and redistributed the strange quantum fluctuations within it.

At some points, the fluctuations became way louder than the background "noise" of an unsqueezed vacuum, and in some parts, they were quieter.

Leitenstorfer compares this to a traffic jam — when there's a bottleneck that cars build up behind, in front of that point, the density of cars will decrease again.

The same thing happens in a vacuum, to a certain extent — as the vacuum gets squeezed in one place, the distribution of the quantum fluctuations changes, and they can speed up or slow down as a result.
That effect can be measured on the time domain, which you can see below charted out on space-time. The bump in the middle is the "squeeze" in the vacuum: 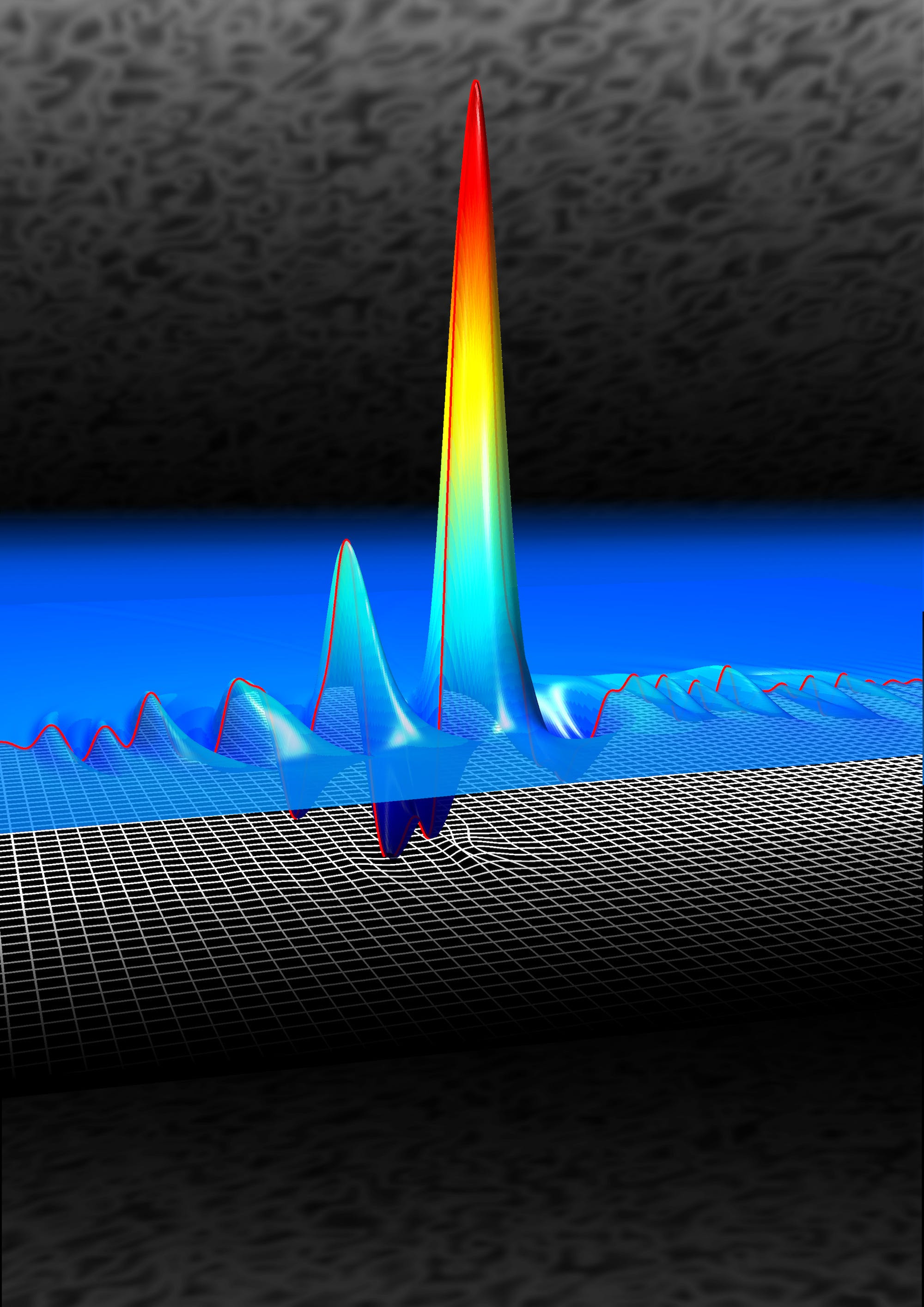 As you can see, as a result of the squeeze, there are some blips in the fluctuations.

But something else weird happens too, the fluctuations in some places appear to drop below the background noise level, which is lower than the ground state of empty space, something the scientists call an "astonishing phenomenon".

"As the new measurement technique neither has to absorb the photons to be measured nor amplify them, it is possible to directly detect the electromagnetic background noise of the vacuum and thus also the controlled deviations from this ground state, created by the researchers," explains a press release.

The team is now testing just how accurate their technique is, and how much they can learn from it.

Even though the results so far are impressive, there's still a chance the team might have only achieved a so-called weak measurement — a type of measurement that doesn't disturb the quantum state, but doesn't actually tell researchers very much about a quantum system.

If they can learn more using this technique, they want to continue to use it to probe the "quantum state of light", which is the invisible behavior of light at the quantum level that we're only just beginning to understand.

Further verification is needed to replicate the team's findings and show that their experiment really works. But it's a pretty cool first step.

The research has been published in Nature.