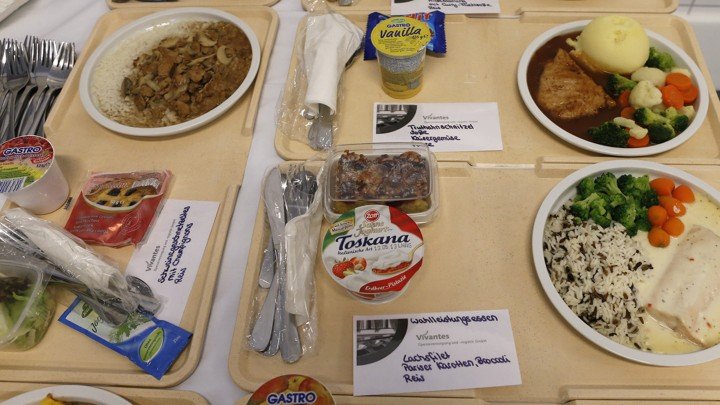 The bottom line is that a cost effective system can be delivered that covers everyone and includes the insurance industry for administration.  So it can be done.  The challenge is that the price gouging and secret pricing must end as happens in Europe.  Again it is possible.

In Canada we have the advantage of a single pay scheme, but a multi province management and regulation system who do account to the leadership there.   Obviously they all watch each other like hawks.

Either leads to a sense of competition and prices get driven down..
.

Other countries still have health insurers, but they avoid five-figure medical bills. The answer lies in how the insurers and doctors are regulated.

Almost all Germans are covered by a variety of health insurance, such as "sickness funds." Photo by Fabrizio Bensch / Reuters.

Should America just get rid of health insurers?

Americans don’t seem to like insurance companies much, even if they’re happy with their health coverage itself. Several Democratic health-care proposals would end private health insurance entirely, an idea that some Americans seem to applaud, until you tell them that it would entail higher taxes and a government-run system. And then they sometimes, but not always, become less sanguine.

One reason insurance companies get a bad rap is that they’re associated with “surprise medical bills.” These billing nightmares occur when insured patients go to a hospital they thought was in-network, but then—sometimes inadvertently—see a doctor who is out-of-network while they’re there. (This is on top of the exorbitantly high medical bills that many uninsured people receive, no matter what doctor or hospital they go to.)

When stories come out about surprise medical bills, people tend to blame insurance companies right away. They should have covered that MRI! They should be less greedy! (Until they learn that insurers’ profit margins aren’t that stellar, and that doctors often make the call about whether to be in-network.)

There is, however, a way to eliminate those bank-busting surprise medical bills without eliminating health insurance. Just ask Europe. Several European countries have health insurance just like America does. The difference is that their governments regulate what insurance must cover and what hospitals and doctors are allowed to charge much more aggressively than the United States does.

When I described surprise medical bills to experts who focus on different western-European countries’ health systems, they had no idea what I was talking about. “What is a surprise medical bill?” said Sophia Schlette, a public-health expert and a former senior adviser at Berlin’s National Association of Statutory Health Insurance Physicians. “Seriously, they don’t happen here.”

Almost all Germans are covered by a variety of health insurance, such as “sickness funds,” which are financed through taxes. Almost all doctors and hospitals accept these plans. About 90 percent of Germans never see a bill for their doctor visits, and the rest are covered by private insurance, which usually reimburses whatever they get charged. According to the researchers Roosa Tikkanen and Robin Osborn at the Commonwealth Fund, there’s a flat co-pay for people who are hospitalized, capped at a maximum of 280 euros—or about $315—for a 28-day stay. And doctors, too, are not allowed to charge more than the payment rates that are negotiated between the sickness funds and the doctors’ associations. A very small number of the country’s physicians are private and don’t accept the sickness funds, but they have to tell patients how much they’ll charge before a patient is treated, removing the surprise element.

In France, there are no provider networks, so no doctor can be “out-of-network.” Doctors’ associations negotiate their fees with the universal public health-insurance program every few years. As a result, says Paul Dutton, a history professor at Northern Arizona University who has studied the French system, “I’ve walked into an office [in France] with my kids where it’s just a receptionist and a doctor. There’s not these back-office wars” over what to charge patients.

Some French doctors choose to bill above the government-mandated amount, and this can indeed lead to extra medical bills, Tikkanen and Osborn told me. But 95 percent of the French population also has private secondary insurance—often included in an employer’s benefit package—that helps cover the doctors who “extra bill.” Doctors have to post their fees on their walls, and you can ask how much the visit will be before you book an appointment. In the United States, it’s easier to find out how much it costs to park at a hospital than to get an electrocardiogram there.

In France, the general rule is “the sicker you are, the better your coverage,” Dutton says. If you get hit by a car, the public health insurer picks up more of your tab than, say, if you’re getting acne treatment.

There are still some downsides to the health-care systems of these countries, but they are generally considered better than that of the United States. And yet, unlike the United Kingdom or Canada, where health care is government-paid, these countries achieved this while relying primarily on health insurers. In doing so, they provide a potential path forward for Americans who would like to see an end to medical-billing horror stories without doing away with the health insurance they’ve come to know and love—or at least know and fear the absence of.

If you like your plan, in other words, you can keep it. You might just have to regulate it more aggressively.

Olga Khazan is a staff writer at The Atlantic.
Posted by arclein at 12:00 AM