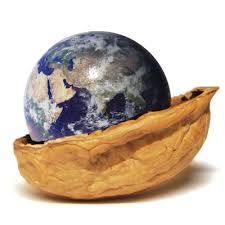 The completely absurd has happened. their climate cooking computer model tells us that the complete elimination of all fossil fuel will not change the temperature.


Yet they are so invested in the fake narrative,  that they are simply ignoring it.

What do you do when your beloved climate computer models show your proposed solutions are an expensive waste?


That's team climate's strategy when it comes to the "MAGICC" computer simulation.


Just as with the General Circulation Models, the UN and the US Government have developed a computer model which is designed to actually tell us the answer. The name of this model is the Model for the Assessment of Greenhouse Gas Induced Climate Change – MAGICC. (We’re not making this up.) MAGICC was developed by a US Government agency called NCAR – the National Center for Atmospheric Research – the same agency which provides the IPCC with the computer models that it uses to support the GCMs. Located in Bethesda, MD, NCAR is the go-to agency for the US Government and IPCC climate modelers to determine the impact of CO2 on world climate...

No matter what assumptions are used for the amount of or increase in fossil fuel generated CO2 in the US, from small amounts to very large ones, complete elimination of all fossil fuels in the US immediately would only restrict any increase in world temperature by less than one tenth of one degree Celsius by 2050, and by less than one fifth of one degree Celsius by 2100.


What? Say that again. If the US eliminated all fossil fuel use tomorrow, it would have virtually no measurable impact on world temperature.

No meaningful impact on the temperature, but a disaster for the economy?

That doesn't seem to bother our would-be climate sovereigns one bit.


As we ask in CFACT's upcoming film Climate Hustle 2 which will be in theaters for one fact-filled night on April 21st:

Are they trying to control the climate... or you?

For nature and people too,
Posted by arclein at 12:00 AM