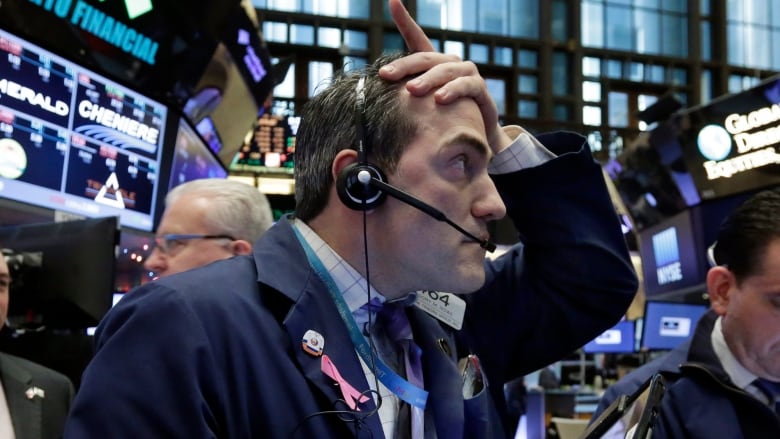 Several long awaited market corrections are now roiling all the markets.  This has been long overdue.  We have already seen the Chinese contraction and we have been watching the economic impact of the Covid19 virus as well.  All this has sent commodities south for some time and we now have a crumbling oil sector.  Production will have to be shut in in many places.
Recall that we have entered the global battery transition for personal transportation. The first real volume will likely hit next year.  so it is no longer business as usual in the global oil industry.

As far as all markets are concerned, we are finally having a proper correction and all the inevitable financial exposure out there will be washed away.  This is good news.  Rather quickly this will be over and the bad news will then be ameliorated over the next few months.  rising markets will then power Trump into office for his second term.

We may have seen a bottom, although unleveraging may still need to take place.  However the past weeks would have sent all traders into defensive positions.  So yesterday may well be it for now.

This will be known as the Covid19 Black Swan event
.
Oil plunge, coronavirus fears prompt panic selling on stock markets

Stock markets were shut down on Monday as panic selling settled in. (Richard Drew/The Associated Press)


The TSX had its worst day in decades on Monday as plunging oil prices caused investors already spooked by coronavirus to sell off just about everything.

North American stock markets sold off heavily throughout the day, which had began with circuit breakers designed to slow down panic selling kicking in within minutes of opening Monday.

The NYSE, Nasdaq and TSX were all briefly shut down by automatic breakers that the stock exchanges have in place to calm down trading activity and allow cooler heads to prevail.

All hit what's known as a level 1 trading halt within minutes of opening on Monday morning. Such a halt automatically suspends all trading on the market for 15 minutes after a decline of more than seven per cent

A level 2 halt is automatically imposed after a decline of 13 per cent, for another 15 minutes. If the decline hits 20 per cent, a level 3 halt comes in to shut down trading for the rest of the day.


When the halts lifted, cooler heads were in short supply as the sell-off continued.

The TSX fared worse than just about anyone, with the benchmark index closing down more than 1,660 points, or more than 10 per cent, to 14,514. That's the worst day for the TSX since Black Monday in 1987 — worse than any single day during the financial crisis of 2009.

It also means that the TSX has lost more than 18 per cent of its value in less than a month, as the TSX was flirting with the 18,000-point level as recently as Feb. 20.

Even the technology-focused Nasdaq fell by seven per cent.

"This is basically panic selling," said Peter Cardillo, chief market economist at Spartan Capital in New York. "There's a lot of fear in the market and … it's an indication that a global recession is not far away."

Wall Street's so-called "fear index," known as the VIX, which spikes during times of volatility, jumped by 14 points to 56.61. That's its highest level since 2009, during the financial crisis.

The panic started on Sunday evening after Saudi Arabia kicked off an all-out price war in the oil market, announcing it would be removing any production caps. That move sent the price of crude crumbling more than 25 per cent, and came on top of existing fears over the coronavirus currently spreading around the world.

"It's a sell now and ask questions later kind of thing," he said in an interview. "The probability of recession has gone up very dramatically."

Bond yields in the U.S. and Canada fell to their lowest levels on record as investors fled for safety. Investors flock toward things like bonds because they are perceived to be safer than other assets, as governments are unlikely to default on their loans.

All that bond buying pushes up their price, which counterintuitively drives their yields down — because governments don't have to offer a very good interest rate to find a willing buyer for their debt.


At one point on Monday morning, the yield on the Canadian government's 10-year bond dipped below 0.3 per cent, its lowest level on record. That means a buyer of that bond is effectively willing to loan the government $1,000 for an entire decade, and is only going to get $3 a year for their troubles. With inflation factored in, they're actually losing money. But they are willing to accept that meagre return because it is preferable to other options where they think they'll do even worse.

The U.S. 10-year is telling a similar story, falling to a record low of 0.3228 per cent at one point on Monday morning

"The lower it does go, the more people are likely to panic even further," said Rick Meckler, a partner with Cherry Lane Investments in New Jersey. "The more it goes down, the more people will be nervous about it."
Posted by arclein at 12:00 AM