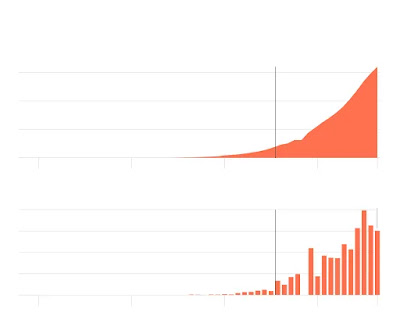 The problem is that we have not seen a break in the climb, let alone a reversal.  That should start happening this week, if it is going to be a thing at all.

Right now we are not seeing useful numbers at all in relation to when this can end or break.  that is  what i am looking for.

I would also like to see a believable death rate.  so far it is over one percent  of counted cases with many cases  not been tested because they are mild.  That also means the virus is passing through the community while  providing imnmunity.    If true this should choke of further cases quickly.

In the meantime we rush new therapies in.  Hopefully gthis helps a lot.

Italians are desperate for signs that a corner is being turned. So too are other countries that have been tracking their outbreaks based on how far they are behind Italy's.

Jan. 31: Italy suspends flights to China and declares a national emergency after two cases are confirmed in Rome (2 confirmed cases).

Feb. 20: A man in Lombardy tests positive after previously leaving the hospital without a test. He is believed to have spread the disease widely before developing severe symptoms (3 cases).

Feb. 23: Small towns hit by the outbreak are placed under quarantine. Carnival celebrations and some soccer matches are canceled (150 cases).

March 22: Factories are closed and all nonessential production is halted (59,138 cases). 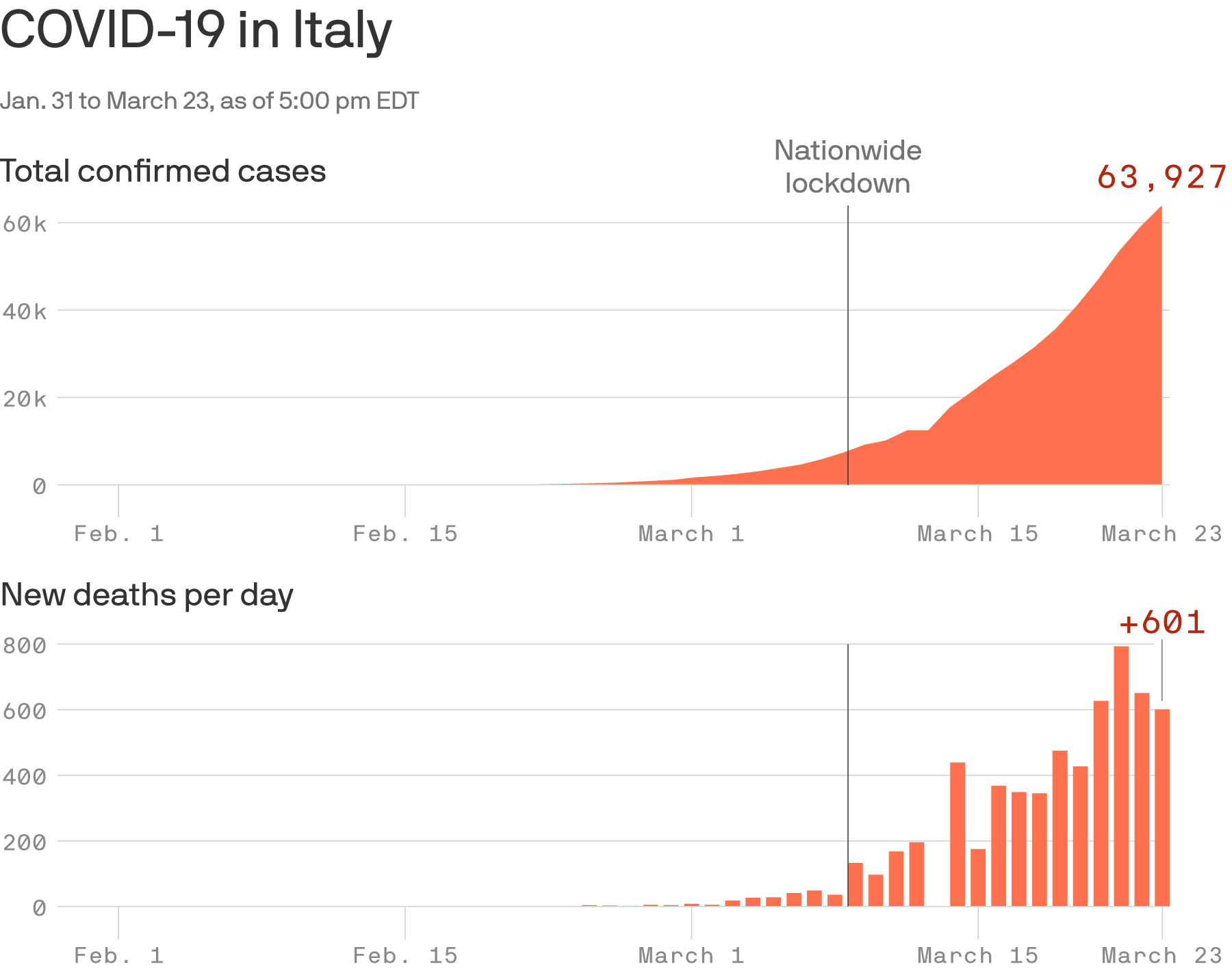 Italy recorded 602 deaths on Monday from the coronavirus — a staggering total that could nonetheless be some cause for hope because it's the second day of decline from Saturday's high of 793.

The big picture: Monday marks two weeks since Italy entered a nationwide lockdown, with officials warning at the time that we wouldn't get a sense of how effective the measures had been until right about now.

Thank you for sharing this information.

It's concerning the steep rise in the curve and has it peaked as yet?

We are all waiting for the decline in the curve.

So many questions and so few definitive answers.

Please do keep us kindly posted on the next days to come.