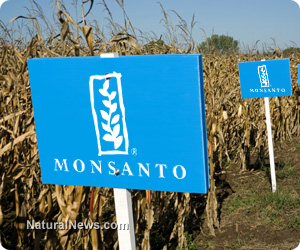 Bayer does have a chance of cleaning up the historic Monsanto debacle as all the perpetrators are retired or more likely long dead.

That will still leave us with the roundup problem.  We will need a resolution that:

1   Establish handling systems that protects properly.  This does mean sharply reducing its actual application to situations that are properly mandated.

2   Recognize that farmers do need to use this chemical for blanket weed removal but not as the go to solution.  True transition to organic methods will also need to be mandated as well.

3   Thousands of handlers have died or will die from this chemical.  That has to be dealt with on some level.  We are dealing with a crime of deliberate omission and commission that extends over 60 years.

We will now enter a generational transition to organic methods that will hugely reform agriculture itself.  A bi8g part of it will also require major social change as well.

(Natural News) The walls are closing in for Bayer, the German chemical giant that last June purchased the world’s most evil corporation, Monsanto, for $63 billion – acquiring not just the Creve Coeur, Missouri-based chemical company itself, but also its mounds of dirty laundry.

Bayer basically has one of two choices to make moving forward: either come clean with everything it knows about Monsanto’s countless crimes against humanity, or bear responsibility for them itself by covering it all up and doing nothing.

At this point, it would appear as though Bayer is at least attempting to do the right thing, having recently come clean about some “hit lists” that Monsanto had created as part of its chemical conquest operations in Europe.

After the French newspaper Le Monde recently filed a complaint alleging that Monsanto was stalking, intimidating, and even threatening at least 200 journalists, regulators, and lawmakers in Europe whom it deemed as having influence, French prosecutors announced that they would be pursuing justice.

This immediately caught the attention of Bayer, which publicly admitted that Monsanto’s hit lists do exist, and that the company had set up a potentially illicit, and at the very least highly unethical, black ops-type surveillance and spying apparatus to keep tabs on the human targets contained in these lists.

“It’s safe to say that other countries in Europe were affected by lists,” Matthias Berninger, head of public affairs and sustainability at Bayer, is quoted as saying. “I assume that all EU (European Union) member states could potentially be affected.

If Bayer comes clean about Monsanto, it just might avoid bankruptcy

Likening Monsanto’s shady behavior to a football game where “not the ball was played by the man, or woman, tackled,” Berninger went on to explain that, even if Monsanto’s hit lists were technically legal, they still prove that Monsanto wasn’t a good or honest company, by any stretch of the imagination.

“When you collect non-publicly available data about individuals, a Rubicon is clearly crossed,” Berninger stated, at the same time issuing a public apology for the misdeeds of the company his company acquired.

In addition to hiring an external law firm to investigate the matter further, Bayer has indicated that it plans to contact every single person on Monsanto’s hit lists to inform them about the information that was gathered about them by Monsanto behind closed doors.

Meanwhile, Mike Adams, the Health Ranger, has announced plans to contact Bayer directly to talk about his and others’ experiences being targeted by Monsanto.

In exchange for a public apology and a full retraction of all “smear” articles that were published by Monsanto and its cronies about Natural News, the “Food Babe,” Jeffrey Smith, and others, Adams says he will sit down with Bayer’s internal investigators and tell all that he knows about Monsanto’s crimes against humanity.

“This is a rare opportunity for Bayer to hear directly from the victims of the Monsanto ‘black ops’ division that Bayer was likely not aware it was acquiring when it purchased Monsanto, since the entire division operated in secret and relied on internal corporate money laundering to obfuscate its operations,” Adams writes.

“Bayer’s attorneys may reach out to Natural News through our public contact page. Our attorneys are also initiating contact with Bayer’s legal team to initiate discussions.,” he adds.

Bayer’s handling of the situation thus far is to be commended, especially since the company is also having to deal with upwards of 13,000 lawsuits, all of which seek damages from Monsanto for harm caused by exposure to its Roundup (glyphosate) herbicide.

“If 10,000 lawsuits each result in a jury award of just $100 million – the low side of awards so far – this would cost Bayer $1 trillion, plunging the evil corporation into financial ruin,” Adams comments.

NaturalNews.com
Posted by arclein at 12:00 AM