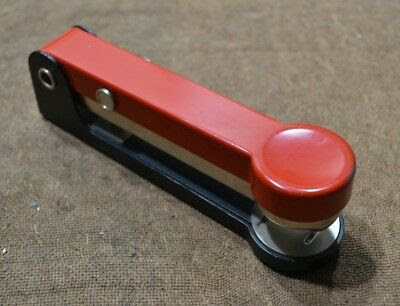 Came across this.  More than you ever wanted to know about this ubiquitous tool of the office. Also a reminder that certain things cannot really be improved upon. Yet while the knife, saw and hammer and pry bar belong to even the stone age, this is merely a century and one half old.

All good.  It will last forever.

Bound with a single stroke


The Industrial Revolution ushered in a new era of commerce—and paperwork. As the piles of orders, records, and data in offices across the industrialized world grew, so did the need to hold relevant files together.

In the pre-stapler era, papers were bound with a needle and thread (time-consuming), wax or paste (messy), string (unreliable), or pins (ouch). By the late 19th century, however, inventors were closing in on a device that would securely bind papers with a single punch.

Today staplers come in all colors, shapes, and sizes, from electric models that bind dozens of pages as fast as a blink to manual desktop models shaped like high heels, hedgehogs, or dragon skulls. Whatever its appearance, the humble stapler remains a triumph of design and ingenuity that has left its indelible mark on the modern office.

2.5: Weight, in pounds, of the first commercial stapler
3: Steps in WikiHow’s “How to Remove a Staple From Your Hand” entry
6 mm: Length of the legs on the world’s most popular office staple
366: US deaths attributed to misused or malfunctioning surgical staples and staplers from Jan. 2011 to March 2018
554.54 m (1819 ft): Length of the world’s longest staple chain
$194 million: 2018 revenues from stapling and punching for Acco, owner of market-leader Swingline
$199.5 million: Price paid for Swingline in 1970 ($1.3 billion in 2019 dollars)
$60 million: Value of art donated to New York’s Metropolitan Museum of Art by Belle Linsky, who founded Swingline with her husband Jack

2002: Year the Linskys’ former factory became the temporary home of the Museum of Modern Art
Sponsored by Accenture

How to unlock the value of your innovation investments


From genetics to space exploration to quantum computing, we are living in a time when investment in, and expectations from, tech-fueled innovation are skyrocketing.

1866: Inventor and attorney George McGill receives a US patent for a small bendable piece of metal to hold papers together, a prototype of the modern staple and direct ancestor of the brass fasteners still binding book reports today.
1877: Inventor Henry R. Heyl files a patent for a device that can both insert and close a staple with two strokes.
1879: McGill roars back onto the stapling scene, filing a patent for the McGill Single-Stroke Staple Press. Within a few years the market is flooded with competitors.
1927: The magazine stapler debuts, allowing multiple staples to be loaded into the device at once.
1939: The office supply company Parrot Speed Fastener Company (later rebranded as Swingline) debuts a top-loading model that becomes the industry standard.
1997: Following the passage of the North American Free Trade Agreement (NAFTA), Swingline announces it will close its New York City plant.

1999: The film Office Space is released, featuring a screen-stealing red Swingline stapler that becomes arguably the most famous stapler in movie history.

One sometimes–cited story is that the first known staplers came from the court of French king Louis VX. But historian and Redditor Mike Dash is skeptical—he traces the possible origin of the story to Swingline’s founder, Jack Linsky, holding a “Louis XV stapler” in a 1962 photograph from the publication Investor’s Reader. Because steel wire—what a staple is made of—didn’t come until later, Dash suspects it was something like an embosser. What is true is that Linsky’s wife Belle, Swingline’s treasurer and “efficiency expert,” was an avid and informed Louis XV-era collector.

Most staplers actually come with two settings: the standard setting, which folds the staple’s legs underneath the crown, and the “pinning” or “tacking” setting, which fans the legs out so that it is easier to remove. Depending on the stapler model, slide or swivel the plate on the base (or “anvil,” in stapler parlance) to unlock this “hidden” function.

Explain it like I'm 5!
How does a stapler work?

“The engineering of a stapler is not fully appreciated,” Mike Parrish, director of product development for Swingline’s parent company Acco Brands, told the New York Times. As the NYT explains:

“Under the cap of a stapler, a pusher connected to a spring forces the row of staples forward. A special blade drives the first staple through a slot at the front of the magazine. A metal square with indentations at the edge of the open part of the base, called the anvil, helps bend the staple so it can grip the paper. The bottom of the completed staple is known as the clinch, and the top is the crown.”


When Quartz reporter Thu-Huong Ha met product design legend Naoto Fukasawa, the longtime advisor to Muji, she asked him to rate the design of several everyday office supplies. He was unimpressed with the calculator (“too much design”) but praised the humble stapler. “No one would misunderstand how to use it; it’s very intuitive,” he said, calling the standard desk model “an inevitable form.”

Folle 26: “The Folle stapler is a classic of Danish industrial design…I’ve had mine since 1980, and it’s still nicely satisfying to use—like the sound of German-engineered car doors closing,” according to Sir James Dyson.
PaperPro: “Quite possibly the best staplers ever.”
Ellepi Klizia: “The niche office-supply company outside Milan has a cult following for its sleek and modern designs… [T]his is a stapler that’s meant to be seen.”
El Casco: “Can drive a staple through a tall stack of papers almost too easily.”
Ace Pilot: “[B]y some magical confluence of genius and restraint, William Ferdinand Weber—inventor of the first Ace staplers—just knocked it out of the park.”

Elastic Juwel: “The geometric design in enamel elevates the stapler from a functional machine to an artful addition to the 1930’s office desk.”


Quotable
“If they take my stapler, then I’ll set the building on fire.”

How red staplers became a thing


When writer and director Mike Judge was making his workplace satire Office Space, he wanted a real-life office supply company to lend its name to a key subplot involving a mumbling employee named Milton and his beloved red stapler.

Bostitch said no. Boston said no. There was only one big name in stapling left. “Swingline was the only company that didn’t object,” Judge told The Ringer.

But there was a problem: Swingline only made gray and blue staplers, and Milton’s needed to pop on screen. A production designer painted it red, tweaked the shape with putty, and the most famous stapler in movie history was born. Swingline declined to license any official merchandise when the film was released. Its F-bombs and sex jokes didn’t quite fit the image of a staid Midwestern office supply company. But the company didn’t anticipate the ensuing spike in customer requests for red staplers, or the glut of counterfeit red Swinglines that suddenly popped up on the internet.


So Swingline leaned in. Red staplers are now the company’s second-best selling product, after the 747 in standard black, and it’s offering a replica of Milton’s prop stapler in honor of the film’s 20th anniversary. Quotes from the movie adorn fridge magnets in the Swingline offices, senior marketing manager Tess Hardy told Quartz at Work. And every new US Swingline employee receives a red stapler on their first day.

This one weird trick!
The staple-free stapler


US recycling guidelines say it’s okay to put stapled papers in a recycling bin. Some product designers are seeking to replace the metal staple altogether. Hence the “stapleless stapler,” a paper binding device that pierces a small hole in the papers and crimping them together. A US inventor named Arnold Kastner was granted a patent for such a device in 1989, though it would be another 20 years before a Japanese company called Kokuyo marketed a staple-free stapler to consumers. It’s not hard to find one online, but be warned—they hold only a few pages together at once. And a stapler without staples is—well, it’s not really a stapler, is it?
Posted by arclein at 12:00 AM