America may outsmart China in 5G with AI and blockchains 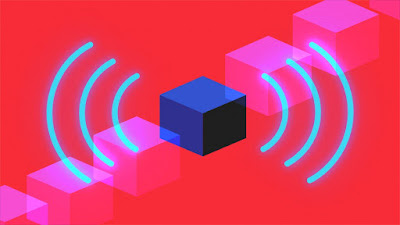 Much of what is out there is best described as the teething pains of of a massive global information system.  We have the Chinese attempting to control the system, but that must fail simply because it really needs to be open to be effective.
Three tools are converging as described here.
The surprise has been block chain which delivers  real security in the most  secure possible.  That means all data needs to migrate into the evolving cloud.

Sooner or later China must abandon its separate system or be left out at sea.
..
America may outsmart China in 5G with AI and blockchains

An FCC commissioner hopes that machine learning and distributed crypto-ledgers will free up wireless spectrum for billions of devices.


What do you get when you combine three of tech’s biggest buzzwords: AI, blockchain, and 5G? Perhaps ridiculously fast, amazingly abundant wireless data.


Jessica Rosenworcel, a commissioner at the US Federal Communications Commission, believes that artificial intelligence and blockchain technology will give the US an edge in next-generation wireless networking over its big technological rival, China.


Speaking at the Business of Blockchain, an event organized by the MIT Media Lab’s Digital Currency Initiative and MIT Technology Review, Rosenworcel said AI and blockchains would allow wireless devices to use different frequencies within what is known as the wireless spectrum more dynamically and flexibly, enabling billions of devices to connect to 5G networks at once.


Machine learning will help wireless devices and networks share and negotiate over spectrum, Rosenworcel said, while distributed, cryptographically secured ledgers will help them keep track of who has access to what. Currently, the wireless spectrum is divided up for different uses. This avoids interference but isn’t the most efficient use of the airwaves.


The suite of technologies known as 5G allows devices to connect in a variety of ways, and over a range of the wireless spectrum. With speeds of up to 20 gigabits per second, as well as greatly reduced latency, 5G smartphones should be able to run high-quality virtual-reality applications or download movies in seconds. With greater network capacity, 5G should also let many more devices connect to the internet—everything from wearables to washing machines.


Rosenworcel said it will be imperative to devise better ways to allocate the spectrum. “If you think about the internet of things, with 50 billion devices, and wireless input for all of them—we should figure out a real-time market for the wireless spectrum,” she said.


The commissioner pointed to a competition being organized by the Defense Advanced Research Projects Agency (DARPA) to devise new ways of negotiating over spectrum using AI. She said the FCC had recently begun researching whether a blockchain could help too. “If you put this on a public blockchain, you would have this public record of demand and could design systems differently,” Rosenworcel said.


Just as the wireless data available to smartphones has spurred technological progress, 5G should underpin innovation across the tech industry. The White House seems increasingly concerned that the US might cede its position as a technology leader in 5G, with potentially dire consequences for its economy. This worry is behind the scrutiny of Huawei, one of China’s most prominent and powerful companies.


“I am concerned that we are not positioned to lead,” Rosenworcel said at the MIT event. But she added that AI and blockchains could be crucial to helping the US stay competitive with China in wireless technology. “I don’t think of it as the immediate future of wireless, but it might be the far future—5 to 10 years hence,” she said.


In the US, China, and elsewhere, interest is growing in using AI to help advance wireless technologies, but this hasn’t yet found its way into 5G networking products. The National Institute of Standards and Technology (NIST) is currently researching how machine learning could help carve up the wireless spectrum.


“Many problems in wireless networks that require processing large amounts of data and making decisions quickly can benefit from AI,” says Michael Souryal, the NIST researcher who leads the agency’s work. “One example that we have been studying is the use of AI for real-time signal detection and classification, which is important for spectrum sharing.”


Muriel Médard, a professor of electrical engineering at MIT, says more is needed than just new ways to manage spectrum using AI or blockchains. Specifically, Médard says, “coding” schemes, which determine how packets of information get routed, are required. “The other work is fundamentally worthwhile, but it needs another technology, too,” she says.
Posted by arclein at 12:00 AM