Rising Global Communion based on the Centrality of Popular National Traditionalism 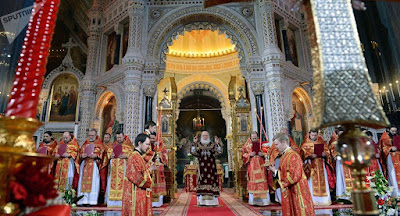 This is a huge story and it has been totally misunderstood.  First you must understand that all National sentiment in the historic past was harnessed by the Military as an critical organizing principal.  It still is of course.  It is now becoming far less necessary, not least because mass armies equate mass suicide while hyper trained specialists dominate all war.

Yet mass sentiment is very real and is a natural result of all education and community involvement. What this sentiment is not is fascist or socialist at all.  It is a cultural movement that also self invests without any encouragement.  Attempting to politically label it is wrong.

What is now happening though is that Trump has lit a spark that is bringing this natural movement out globally.  It never was his intent and it simply was not obvious.  Yet he can now ride it as should all like minded political leaders who oppose the egregious 'socialist' MEME to grabbing power.

This global movement opens the door to a global political entity acting as a Communion of Nations in which Hierarchy particularly is eschewed.  I emphasize this because the idea of hierarchy has poorly served us for thousands of years because it glorifies an individual above all without establishing a natural system of succession.  The universal application of the rule of twelve should obviate all that at all levels from the natural community upward.

Great leaders need to arise to meet great needs, but the moment those needs are met his task is well done.  We need a true communion of Europe that includes Russia.  This could be shepherded by Putin in particular who has already ignited a vigorous Christendom in Russia...

Why populists could struggle to capitalise on EU elections success

Populists won 29% of seats, analysis shows, but divisions could blunt their influence
Jennifer Rankin in Brussels 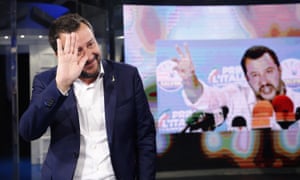 Populists have won nearly three in 10 seats in the European parliament, according to new analysis, which also shows how anti-establishment parties fell short of apocalyptic predictions.

Analysis shared with the Guardian reveals that populists, spanning the far right to the radical left, won 29% of seats in European elections, their best ever score, but not the populist wave some had predicted would upend the EU.

Matthijs Rooduijn, a political sociologist at the University of Amsterdam, said populists had won 218 of the parliament’s 751 seats. All kinds of populism were on the rise: left, right, as well as groups such as the Brexit party, which cannot be easily categorised. 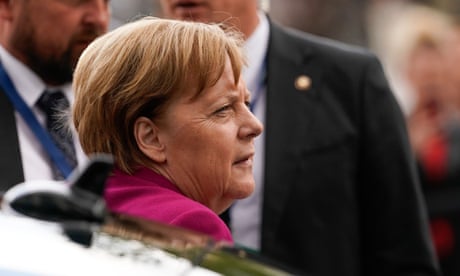 These groups will remain divided in the European parliament, blunting their influence. But their greater numbers in Brussels and Strasbourg, combined with the deepening fragmentation of European politics, will make it harder for traditional parties to find a majority.

The rise of populism was driven not only by immigration, European integration and economic issues, Rooduijn said, but the narrative that an “evil elite” was in charge. “This evil elite can be a national elite, it can be Brussels elite or European elite.”

Many, but not all, populist parties are sceptical or hostile to the European project, he said. “Euroscepticism is framed in a populist way, so it is about Brussels technocrats, who do not listen to ordinary citizens.”

Rooduijn, working with his University of Amsterdam colleague Philipp Mendoza, analysed election results across the EU’s 28 member states and matched them to the PopuList, an overview of populist parties compiled by political scientists and supported by the Guardian.

The European elections resulted in traditional centre-right and centre-left blocs losing their majority for the first time in the 40-year history of the directly elected parliament. Greens and liberals made striking gains, ending the cosy consensus of centre right and left.

While populists could continue to grow, their fortunes could also change quickly, Rooduijn said. “It depends on the topics that are salient in the media, it depends on the performance of the leader, all these things matter a great deal and it can really lead to big shifts in success or losses over very short periods of time.”

He predicted that the far right would continue to advance, because politics was focused on immigration and EU integration, while the far right was trying to frame action over the climate crisis as “something that the elite is doing to ordinary citizens”.

Non-populist politicians will dominate the next European parliament but will be forced to confront more opponents who paint them as an out-of-touch elite..

“Mainstream parties in general are still struggling to deal with populism,” Rooduijn said. “In the beginning they tried to ignore them, then they have tried to compete with their rhetoric [and] many mainstream right parties have moved towards the radical right; they have not become radical right, but they have become more strict on immigration, more sceptic on European integration.”

Populist MEPs will remain divided between different groups in the European parliament, which will blunt their ability to secure senior posts and set an agenda..

Salvini had hoped to create a “League of Leagues” that would become the third-largest group in the European parliament, leapfrogging the Eurosceptic British Conservatives’ group, and the Liberals, who hold third and fourth place in the outgoing parliament.

But this looks unlikely. “Even if [the populist far right] come together they will be divided on every issue,” the political scientist Cas Mudde told a recent event in Brussels..

The Salvini alliance would unite League MEPs with Marine Le Pen’s National Rally and Alternative for Germany. But hopes of a far-right supergroup have suffered a setback after the Danish People’s party haemorrhaged votes and Geert Wilders’ Freedom party in the Netherlands lost all its seats..

Another member, Austria’s far-right Freedom party, was hit by a modest decline in its vote after a corruption scandal forced its leader, Heinz-Christian Strache, to resign, precipitating the collapse of government and removal of the chancellor..

Mudde said the Austrian scandal was likely to have a bigger impact on changing politicians’ calculations, rather than voters. “It will make other parties look again at their local far-right party and think: ‘Should I really make a coalition with them, if I only get a few seats extra?’ It makes the far right a little bit more of a liability again.”.

Nigel Farage, whose Brexit party is one of the biggest national parties in the European parliament, hopes to resuscitate his Eurosceptic group, Europe of Freedom and Direct Democracy, in which he is allied to Italy’s Five Star Movement. He has previously ruled out working with Le Pen..

Poland’s ruling Law and Justice party is expected to remain allied to British Tories in the European Conservatives and Reformists group..

Viktor Orbán, currently suspended from the centre-right European People’s party, pending an investigation, has not revealed whether he intends to quit and join forces with the far right.
Posted by arclein at 12:00 AM