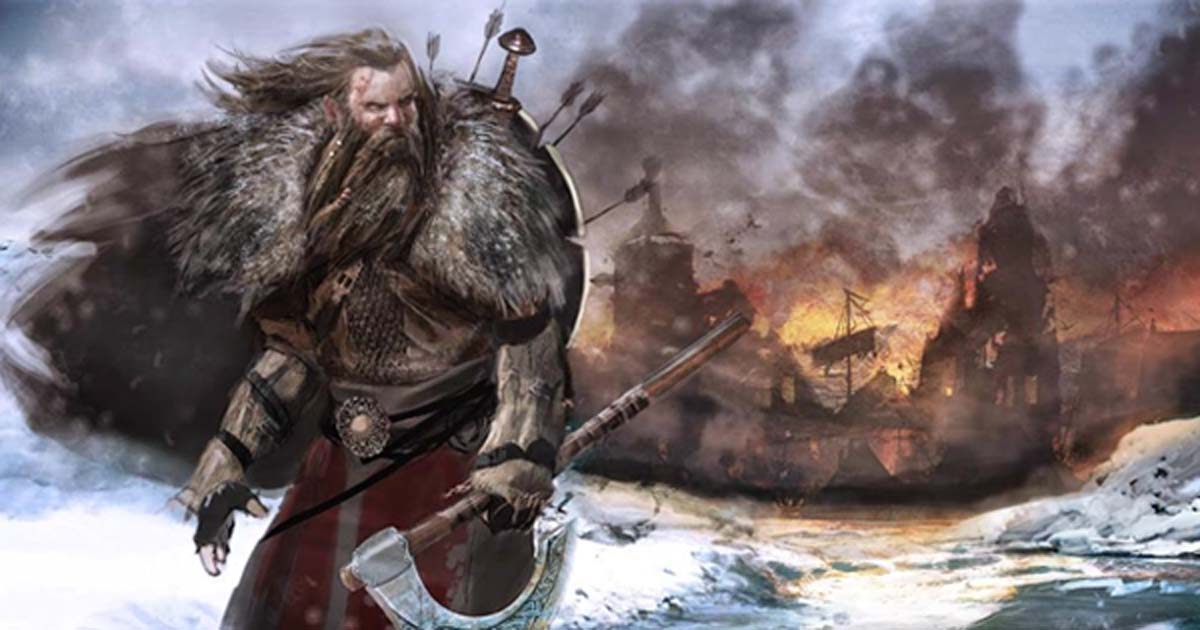 Remarkably there was an indigenous stone axe culture which certainly drove the emergence of cast iron axes.  The application of a hardened steel edge is an obvious improvement that prevented breaking and allowed continuous utility.  Those axes would have been highly effective for tree felling.
Apparently iron use came along with the bronze age as well.  This makes good sense as bog iron was amenable to producing axes while bronze or brass were available for rare short swords.  High quality steel came along rather later and the shift from copper alloys was slow most likely because plenty of copper was available.
Nice to tighten this all up.


When you think of a fearless Viking wielding a weapon, what do you imagine? A sharp, heavy sword used to slice through enemy lines? Or perhaps a massive, battle-stained axe which hacked out the warrior’s path? It may surprise you to know that Viking weapons were not just tools for combat – the hardened steel of an axe, for example, was used for various purposes and came in more than one shape and size.

Viking axe is an umbrella term used to describe several different types of axes that were used by the Vikings during the Viking Age. Amongst the best-known Viking axes are the Dane axe and the bearded axe. Whilst Viking axes were primarily used for combat purposes, it is known that they were also utilized for other less violent purposes. Some, for instance, were employed for ceremonial purposes, whilst others took on a more domestic function.

Before going further into the subject of Viking axes, it’s worth noting that during the Stone Age, the areas occupied by the Norse during the Viking Age were part of the Corded Ware Culture. In the Scandinavian areas where this culture was present, a sub-group known as the Battle Axe Culture or Boat Axe Culture emerged around 2800 BC. This culture derived its name from the over 3000 Viking battle axes, which were made from ground stone, and have a boat-like shape, that have been found in the areas it settled in. Thus, it may be said that the tradition of using axes by the Vikings stretches further back into the Stone Age. 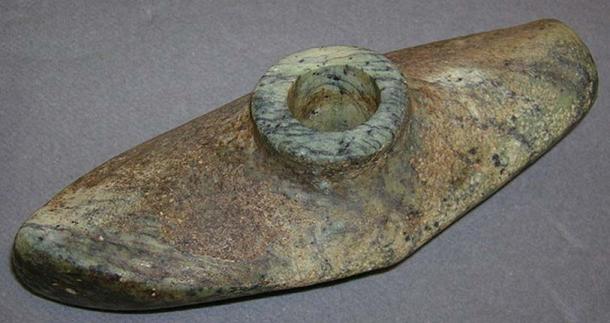 Over the millennia, the peoples of Scandinavia became masters of axe-making. The design of this weapon was perfected, and stone was replaced by metal as the material used to make the axe heads. Typically, these axe heads were made using iron. In some cases, a hardened steel edge was added through welding to provide a sharper cutting edge. 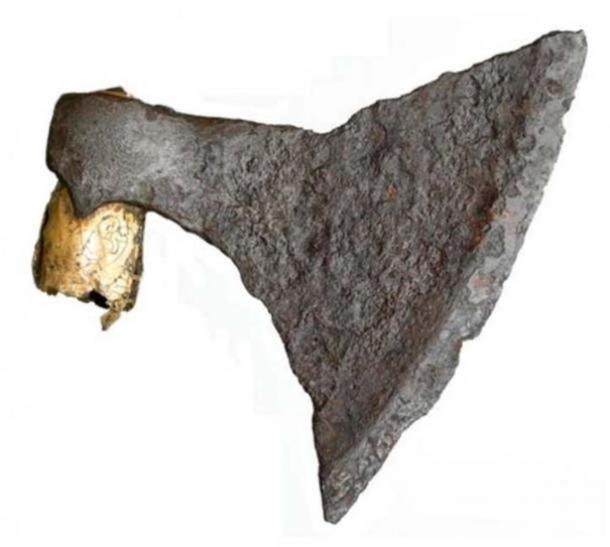 The axe heads would then be attached to a wooden haft, the length of which varied according to the weapon itself. Compared to the other famous Viking weapon, the sword, Viking axes required less skill to make, as well as much less iron and steel, which are expensive commodities. Due to these factors, the axe was much more affordable, and more readily available. Thus, even the poorest Norseman could have afforded an axe.


Viking axes came in various shapes and sizes and were known by different names. One of these is the Dane axe, which is also known as the English long axe, the Danish axe, and the hafted axe. The Dane axe is a two-handed weapon and was used exclusively for battle. The head of the axe, which has a cutting edge of 20 to 30 cm (7.87 – 11.81 inches), is mounted on a haft that measured between 0.9 and 1.2 meters (2.95-3.94 ft.) The Dane axe is perhaps most famous for its use by the huscarls (household troops) of King Harold II at the Battle of Hastings in 1066 AD and is depicted on the Bayeux Tapestry. 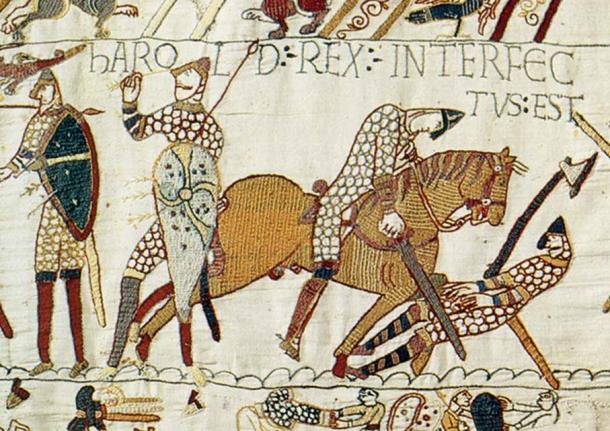 Harold Godwinson falls at Hastings. Harold was struck in the eye with an arrow (left), slain by a mounted Norman knight (right) or both. ( Public Domain )

Another type of Viking axe is the bearded axe. Unlike the Dane axe, such axes could be wielded with one hand. The distinguishing feature of the bearded axe, however, is its ‘beard’, which is a square-shaped projection at the bottom of the axe head. The ‘beard’ could be utilized to hook an enemy’s weapon or shield, thus giving its wielder an advantage during combat. The bearded axe was not used only in battle, as it was also used for wood-working, the chopping of wood, and the harvesting of timber. 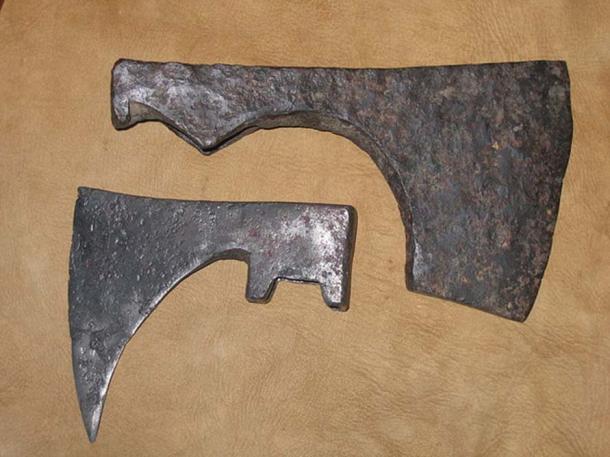 Apart from combat and wood related activities, Viking axes also served a ceremonial function. From archaeological excavations, it is known that Viking axes have been buried with the dead as grave goods. As an example, in a rich chamber-grave, known as the ‘grave from Mammen’, Denmark, a ceremonial axe inlaid with silver decoration was found.

Another example of a ceremonial Viking axe is the so-called ‘cross axe’, a number of which have been found in Ludvigshare, Denmark. These axes have partially solid heads, within which is a cross motif. These axes date to the Late Viking period, and may be an indication of the strong influence of Christianity in the Viking world during this period. Whilst such axes are sturdy enough for combat, experts are of the opinion that they were used for ceremonial purposes instead. 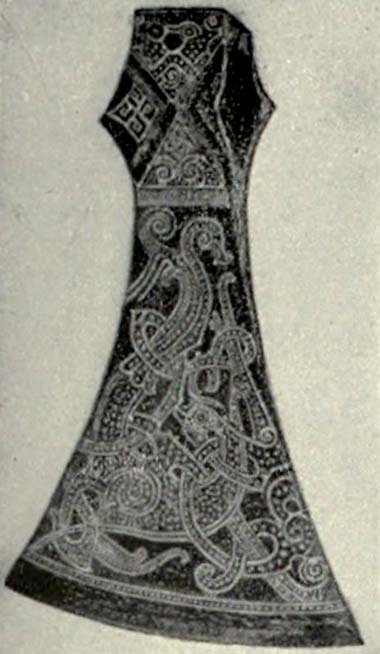 Reproduction of an axe inlaid with silver, from Denmark (Viking Age). ( Public Domain )

Top Image: Viking warrior with an axe. Source: Lamin Illustration & Design
Posted by arclein at 12:00 AM