Chances of war with Iran are rising. And Donald Trump is to blame 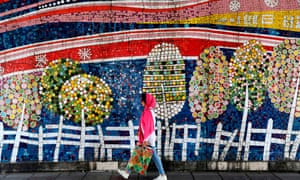 This is getting tiresome.  Last week we were on the brink of war with Venezuela. The one certainty is that the War lobby has been meddling as usual.  They just burned out in Venezuela.  Now we have a sudden wind up of tension around Iran.  That aircraft carrier was scheduled months ago.

All of it ends up with serious diplomatic activity and a serious downsizing of War like activity.  We have an amazingly busy state department.  He makes the status quo untenable and then waits.

There is a lot we do not see at all yet.  I would promote a federal regime for Europe including Russia and have Putin run as first President. That is big enough to seem totally crazy, but why not?
..

Chances of war with Iran are rising. And Donald Trump is to blame

The Trump administration is goading Iran into a conflict, and no one should expect Iran to back down

Donald Trump is doing everything possible to provoke a conflict with Iran while making it look like Iran’s fault.

A year ago, Trump withdrew the US from the deal that has successfully stopped Iran from getting nuclear weapons – despite the IAEA and even the Trump administration confirming Iran was abiding by the agreement. The day Trump took the US out of the deal, he lit the fuse of a potential crisis.

Ever since, Trump has been blowing on the fuse, trying to speed things up. The US imposed sanctions on Iranian banks and shipping companies, attempting to squeeze the Iranian economy. Recently, the Trump administration announced it would no longer grant waivers for the sanctions to some America’s closest partners, including South Korea and Japan.

And yet, those who helped build the Iran deal have tried to save it. Europe, China and Russia worked with Iran to maintain the deal, and for a year Iran continued to comply despite America’s withdrawal and pressure. For a period, it seemed as though other countries would keep the deal alive and wait out the Trump administration.

Time, however, may now be up. In recent days, the US has significantly ratcheted up what had already been red-hot rhetoric on Iran. In sending a carrier strike group and bomber taskforce to the region, John Bolton, the national security adviser, said: “The United States is not seeking war with the Iranian regime, but we are fully prepared to respond to any attack.”

The deployment was supposedly in response to what Bolton described as “a number of troubling and escalatory indications and warnings”, and Mike Pompeo, the secretary of state, made an urgent trip to Iraq to address the possibility of Iranian attacks. However, one US official described the administration’s response as “overreacting”.

It has long been crystal clear that Iran is a malign actor. Iran’s support for terrorism, the regime of Bashar al-Assad in Syria, and Hezbollah, and its repression of the Iranian people has caused the US to pressure Iran for decades. There is no need for Trump to hype Iran’s bad behavior – it’s clear as day.

But Trump is actually helping Iran make the case for restarting its pursuit of nuclear weapons. Following Trump’s reckless acts, Iran is accusing the US of being the transgressor, claiming that Iran’s “self-restraint has remained unanswered … the Islamic Republic has been left with no choice other than reducing its commitments.

“The window which is currently open for diplomacy will not be open for long, and the US and other JCPOA parties will be held fully responsible for the failure of the JCPOA and any possible consequences it may have.”

Iran now wants countries to choose between Iran and the US, stating that if the other signatories to the deal do not help deflect US sanctions, Iran will increase its nuclear capabilities beyond the limits imposed by the deal.

Whether or not countries side with the US or Iran, it is clear the Trump administration is isolating itself. Europeans are frustrated by the administration’s approach, and are creating a system to circumvent US sanctions. Japan, South Korea, China and India – all of whom reduced their oil imports from Iran at the request of the United States in order to make the nuclear deal possible – are fed up with the United States pulling the rug out from underneath them.

Most concerning is the potential for a war. Bolton and Pompeo sometimes act like they are itching for a fight, and US actions over the last year have significantly raised the chances for a miscalculation that spirals into conflict. While it might not seem like Trump wants war, he is so inept and ideological on Iran it’s not difficult to see him stumbling into a conflict. And despite Americans’ dissatisfaction with US reliance on the military to solve problems, the fact that 71% of Americans view Iran as an enemy could grease the skids of conflict.

The encouragement on Iran that Trump receives from Saudi Arabia, the United Arab Emirates and Israel isn’t helping. One can easily see a resurgence of Israeli threats of military strikes against Iran – only this time, as former Obama defense department official Colin Kahl puts it: “The US administration is much more likely to encourage Israeli strikes rather than seek to constrain them.”

Trump’s actions have now empowered hardliners in Iran, making a diplomatic outcome less likely. Iran’s president, Hassan Rouhani, stuck his neck out to negotiate the nuclear deal, and the US withdrawal has damaged supporters of the deal in Iran. New sanctions have allowed the Iranian regime to more credibly blame the US for the current economic woes. All of this makes Iran more prone to aggression, not capitulation.

It is easy to see through the Trump administration’s lies. Trump claims to want to stop Iran from getting a nuclear weapon but withdrew from the very deal that had stopped Iran from obtaining one. Trump officials claim to be supporting the aspirations of the Iranian people, but the sanctions hurt the Iranian people first and foremost, and Trump is still banning average Iranians from visiting the United States.

The Trump administration is goading Iran into a conflict, and no one should expect Iran to back down. Today America is less safe because of Trump’s actions on Iran, and the chances for war are rising.
Posted by arclein at 12:00 AM