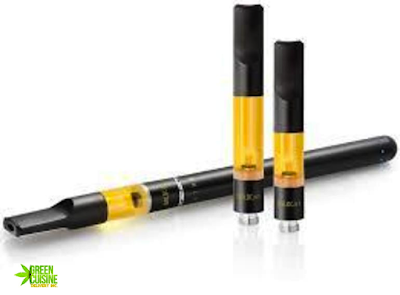 The take home is that THC is effective for treating asthma by both suppressing inflammation and as a bronchodilator.  Using a e vap is indicated here.  In the meantime, we can expect the industry to take this and produce a superior delivery system soon enough.

Asthma is dangerous and certainly can kill, but mostly disable individuals.

I do suggest that folks can safely test out the whole protocol by taking small amounts to determine levels of sensitivity.  At some point you will be comfortable.
.


Studies show that cannabinoids found in the marijuana plant actually protect your lungs, and relieve the constriction and discomfort of asthma.

It is estimated that one out of twelve people suffer from asthma, a chronic respiratory disease that typically becomes present during childhood. While many people experience minimal symptoms with treatment, asthma is still linked to over 3,000 deaths per year.

Naturally, many asthmatics choose to stay away from smoking cannabis for fear of exacerbating their symptoms. But contrary to popular belief, studies have shown cannabis has little to no long-term impact on the lungs. In fact, recent research is actually showing cannabis is helpful rather than harmful for asthma patients.

Cannabis opens rather than restricts the airways.

A study in the Journal of Pharmacology and Experimental Therapeutics showed just how cannabinoids protect the lungs. Using guinea pigs, the researchers measured the ability of cannabinoids to inhibit bronchoconstriction. The researchers in the study specifically looked at THC, CBD, CBG, CBC, CBD-A, and THC-V cannabinoids. Surprisingly, the study revealed that THC and THC-V were the only cannabinoids to inhibit constriction, with THC being the most effective. Essentially, cannabis acts a bronchodilator rather than a bronchoconstrictor.


The results from this study are astonishing considering that bronchoconstriction is one of the biggest problem plaguing asthma sufferers. During an asthma attack, the bronchioles (air passageways in the nose and mouth) become constricted. As a result, the rate of oxygen flow is severely restricted. But as this study suggests, cannabis helps to open up these airways. Several other studies have also shown that cannabis improves bronchoconstriction while resting and during an asthma attack.

Dr. Rachel Knox, co-founder of The Canna MDS and current Medical Chair of the Minority Cannabis Business Association, talked to Green Flower about the plant’s efficacy for asthma patients. She says:


“THC is actually a very potent bronchodilator and that’s exactly what we need when we’re treating asthma. When we are suffering from an asthma attack, those bronchioles are squeezing on themselves, making it very hard to breathe. Well, enter THC. It opens those bronchioles right up and we can breathe better.”

Asthma is a chronic inflammatory disease affecting the lungs’ airways. Essentially, this inflammation of the air passages causes a temporary narrowing of the lungs, which reduces the amount of oxygen carried throughout the body. For asthma sufferers, this makes breathing difficult, to say the least.


Cannabis is a well-known anti-inflammatory, interacting with cannabinoid receptors throughout the body, including the lungs. For example, a study in the journal Mediators of Inflammation revealed that the cannabinoid CBD contains potent immunosuppressive and anti-inflammatory responses. In addition, the findings also showed that CBD reduces mucus hypersecretion – a hallmark characteristic of asthma. While the study has not yet been replicated on humans, the researchers concluded CBD could be a powerful treatment for asthma as it regulates exaggerated inflammatory responses in the body.

Bronchospasm, otherwise known as bronchial spasms, are a sudden constriction of the muscles in the lungs. Causing difficulty in breathing, reactions range from mild to severe. For those with asthma, this likely comes as no surprise. Bronchospasms are a hallmark symptom of the condition.

But cannabis has shown to be incredibly effective for alleviating, and even eliminating muscle spasms. How is this possible? By relaxing the muscles in the lungs, the airways expand, allowing for an increase in airflow. According to Dr. Jessica Knox, it has to do with two components in specific cannabis strains – CBD and alpha-pinene. Knox says:

“Alpha-pinene and CBD have some muscle spasm relief effect which is crucial to hitting those bronchial muscles and helping them relax so that you can breathe better.”

A study in 2014 also indicated cannabis’ effectiveness for alleviating muscle spasms in the lungs. In fact, the researchers believe this mechanism may explain the acute bronchodilation (expansion of the bronchial air passages in the respiratory tract) produced when ingesting cannabis.
Cannabis alleviates asthma-related pain

While pain is not a primary symptom associated with asthma, over 75% of people who experience an asthma attack also experience chest pain. For those with severe forms of asthma, this pain can be uncomfortable and even debilitating.

However, it is important to note though that there are no pain receptors in the lungs. Asthma sufferers primarily experience pain because they are unable to breath properly. When normal airflow is interrupted, additional stress is placed on accessory muscles such as the sternocleidomastoid and scalene. During an asthma attack, these muscles must contract to help expand the ribcage. Because there is additional stress on these muscles, asthma sufferers often experience pain. This is primarily due to the fact that these muscles are rarely (if ever) used for normal breathing. It is essentially the same principle that applies after a tough workout for the first time. When a muscle is worked that has not been used, pain ensues.

While there have yet to be any studies that specifically address whether or not cannabis is effective at treating asthma-related pain, we do know that cannabis can reduce pressure and muscle spasticity in the lungs. This in turn allows for better airflow, causing less stress on accessory muscles. Not to mention the numerous studies indicating the powerful pain-relieving effects of cannabis.
Best method for treating asthma with cannabis?

The positive impact of cannabis for asthma patients is evident. However, many asthma suffers are still hesitant to try cannabis. After all, isn’t smoking cannabis the last thing someone with asthma should do?

While studies as early as the 1970s suggest smoking cannabis widens rather than restricts the airways, thanks to modern technology, there are more treatment options than ever before.


One of those options is vaporization. Dr. Dustin Sulak, a leading medical cannabis physician, finds that vaporizing cannabis is a highly effective solution for asthma patients. Dr. Sulak says this is because a good vaporizer provides superior temperature control:

“Probably 90% of people with asthma can take a single vaporize inhalation… If they do it right, they’re going to be able to breathe deeper, expand their lungs, and relieve constriction.”


Dr. Sulak recommends a daily dosing to get a baseline level of medication in your system for better overall asthma control.

For quick onset relief, such as in the case of an asthma attack, he recommends a tincture or vaporizer. These are much gentler on the system and can deliver the medication without increasing irritation.

Above all, Dr. Sulak suggests that patients listen to their bodies. “It’s very important to realize that your body talks to you. So if you are using a vaporizer as a method to treat your asthma and it’s causing you to cough or worsening your symptoms, vaporizing may not be for you,” he adds. In those cases, Dr. Sulak recommends an edible or tincture (best administered sublingually).
Posted by arclein at 12:00 AM