Bovine TB and an elephant in the room 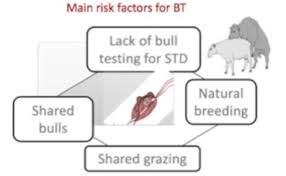 The elephant in the room is that we are pumping raw manure out on the fields during the growing season.  This has to change.

Traditionally we put the manure on the fields during the winter because it forms large clods of manure and straw.

The obvious fix is to apply the liquid manure immediately after the crops have been removed in the fall and before a surface tilling is applied to fix it into the soil completely. I would follow this with a second application in the spring during seed bed preparation.  Again we spray it on before tilling begins.  all this roughly six months apart and is ample spacing.  Pastures should not have the spring application at all.

One take home is that inoculation of wild carriers needs to also be addressed..

Bovine TB and an elephant in the room

Bovine TB and an elephant in the room.

So, as a farmer, why would you bother reading this? How could the views of a rock star on Bovine TB be worth squat? Especially a rock star who has been widely accused of caring more about the welfare of wild animals than the welfare of farmers?

Well, it’s no secret that about 7 years ago I came into the beleaguered world of Dairy Farming intent on saving the lives of British badgers. I and my Save-Me CEO Anne Brummer pitched in, and after spending much time with farmers, vets, scientists as well as animal campaigners, we quickly realised that campaigning, petitioning, and shouting abuse wouldn’t help anyone. The first time I walked a grazing field with dairy farmer Jan Rowe in front of TV cameras I vowed I would make every effort to help find the truth about Bovine TB, and find a proper solution to this tragic farming problem in a way that was acceptable to all parties. So our mission has been to save not only the badgers but the cows and the farmers too.

Seven years later, thousands of badgers have been killed, along with a cattle regime of test and removal, with infected animals identified with the TB skin test. It’s increasingly apparent to all but the last die-hards, that Britain, using these methods, is failing in the battle against bTB.

In fact, our failure to effectively manage bovine tuberculosis in our farm animals and wildlife is a tragedy and a scandal.

Farmers feel powerless to deal with this disease, being compelled to follow a policy which they know is inadequate to even control its spread, let alone eradicate it by the target date of 2038. Exasperated and frustrated, it’s no wonder that they vent their anger on the badger, in a witch hunt which has alienated farming from much of the public, who see this operation as barbaric, and a waste of taxpayers’ money.

It’s actually a bit too glib to blame the farmers. And the witch-hunt analogy is not as specious as it might seem. It’s about beliefs. If in 2018 we believed that some women became possessed by the Devil, and brought blight to our crops, disease to our animals, and death to our children, and there was no way to safeguard all that we love other than burning these women at the stake, there is no doubt that we’d be doing just that. And we’d be saying “Well, we have to something … doing nothing is not an option”. Only when it becomes obvious that these burnings as a policy are not solving the problem would we stop and look for a different solution. The definition of an idiot, after all, is someone who keeps doing the same thing, and expecting a different answer.

A recent paper by Brunton et al (ref) confirmed that after the first two years of this badger cull, it was not possible to confirm any overall improvement in the prevalence of TB in cattle when farms around the cull zones as well as inside them were included in the count. This was predicted by the conclusions of the RBCT report, on a government-backed experiment: the Randomised Badger Culling Trial concluded after 10 years during which 11 thousand badgers were killed, that “culling badgers can make no meaningful contribution to the control of bovine TB in cattle.” But the Powers That Be weren’t listening. They cherry picked bits of information out of context and thought they knew better. So badger killing, along with a notoriously inaccurate skin test in cattle, became the principal ‘tool in the box’ deployed in the fight against bovine TB. Is anyone really surprised that it’s not working?

We at Save-Me felt it was time for a radical review of how we are tackling this disease, wherein all the interested parties could come together without prejudice and plan a practical, effective and popular way to control TB in both our cattle and badgers. Our recent successful seminar in December demonstrated the cooperation that is possible between what has been perceived as groups and interests with opposing views; an immediate result of the conference was the beginning of a consensus, and the novel scenario of animal campaigners and scientists cooperating with farmers and vets in new approaches.

The fact that culling badgers has not solved the problem indicates that other solutions must be found. From now on, for the time being at least, it will be pointless to argue the issue of whether the contribution to cattle re-infection from badgers is small or non-existent. It makes perfect sense to control infection in badgers by vaccination, and look harder for mechanisms of infection within the herd.

This is exactly the approach which has been adopted by West Country vet Dick Sibley on a Devon farm stricken by TB. For the last three years, we as Save-Me have been collaborating with Sibley in a project to eradicate TB, which has already achieved some success. The deal we struck was that Sibley identifies and eliminates hidden sources of infection in the herd, and we manage the badgers, by surveying them, vaccinating them and monitoring them. Disease levels in both populations are constantly monitored using novel tests which look for the TB pathogen itself rather than the animal’s reaction to it, which is how the current skin test works.

As an aside it’s worth noting that until very recently we were unable to vaccinate the badgers because vaccine was in short supply world-wide. However, this did not preclude an effective TB control plan for the cattle herd, where the main source of infection resided; undetected and unrecognised. It soon became obvious that the problem was being propagated by infected cows, not infected badgers. Logical, robust controls applied to the cattle achieved great success in reducing the infection in the herd in the first couple of years, without any interventions with the infected badgers.

Why are Sibley’s methods succeeding where others have failed? Sibley has credentials as part of the team which successfully introduced and popularised Johnes Disease control a few years ago. He applies the same logic to bTB. He says :

“The common issue is the contamination of the environment with the infective organism, Mycobacterium bovis, which poses a biosecurity risk to both cattle and wildlife. So rather than polarising the debate around the culpability of the badger in creating this risk, we need to look at the bigger picture and see where this environmental contamination may be derived, and how we can manage it. The use of novel, more sensitive TB tests has shown that there is a reservoir of infection in both the adult cow herd and the badger population around the farm. We consider that the cattle problem is far more significant than that of the badgers, but fully accept that both must be tackled effectively.”

But here we come to an elephant in the room. It’s called SLURRY. When we began our discussions with Dick Sibley, one of his first admonishments to us was “How can I in all conscience ignore the possible risk from badger excrement in fields where we are growing crops for feeding the cattle?” We had to concede, and this is why we agreed to embark on badger vaccination. But in looking around the farm for possible sources of infective organisms, we naively asked the question “What happens to the slurry?”

We discovered that, twice a year, three and a half thousand tons of cow excrement are pumped out on to the fields where maize is being grown for feed. Is the slurry processed first? No – it’s raw, and this might be OK if there were no infected and infectious cows shedding into this reservoir. But Sibley’s enhanced testing regime had proved that there were just such undetected animals in the herd. Sibley did the maths on probable levels of the infective organism on those maize fields. The levels are hundreds of times greater than could be caused by the small (and localised) badger latrines. Little wonder that the badgers got infected. But the cows are also eating infected food. Worse – on some farms the same slurry is actually pumped into the fields where cows are grazing! Worse still, some farmers are pumping slurry from other farms on to their fields. And worst of all, perhaps, where does this slurry end up? In the water courses, heading down the valley to the next farm. In future years, I believe people will say, incredulously, “… and they still thought it was the badgers ? !”.

There’s a lot to think about here, but I now believe that despondent talk about “there’s no silver bullet” will soon be considered out of date. A solution must and will be found, and we will NOT have to wait til 2038. The solution will be found in the herd.

And for now ? No more mud slinging. Just constructive cooperation towards a REAL solution to the problem of bovine TB. And no more badger killing. The witch hunt is no longer supportable as a solution.

By Brian May Save Me Trust
Posted by arclein at 12:00 AM