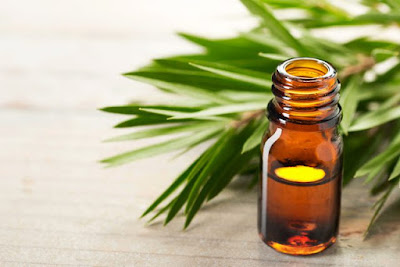 The take home is that all essential oils need caution. That means occaional use is mostly safe while chronc use has the potential for unhappy side effects.

Nothing eminently catastrophic here, but it does underline the fact that these are meant to be therapeutic and should not be taken lightly.

Oil based delivery systems are quite effective as they bypasses the gastrointestinal system which will destroy most organics.

A new study lends further evidence to a suspected link between abnormal breast growth in young boys—called prepubertal gynecomastia and regular exposure to lavender or tea tree oil, by finding that key chemicals in these common plant-derived oils act as endocrine-disrupting chemicals. The study results will be presented Monday at ENDO 2018, the Endocrine Society's 100th annual meeting in Chicago.

"Our society deems essential oils as safe," said study lead investigator J. Tyler Ramsey, a postbaccalaureate research fellow at the National Institute of Environmental Health Sciences (NIEHS), part of the National Institutes of Health. "However, they possess a diverse amount of chemicals and should be used with caution because some of these chemicals are potential endocrine disruptors."

An endocrine-disrupting chemical is a chemical in the environment that interferes with hormones and their actions in the body.

Male gynecomastia occurring before puberty is relatively rare, but a growing amount of cases have been reported to coincide with topical exposure to lavender and tea tree oil, and the condition went away after the boys stopped using the oil-containing products, Ramsey said. Researchers at the NIEHS, including Kenneth Korach, Ph.D., a co-investigator for the new study, previously found laboratory evidence that lavender and tea tree oil have estrogenic (estrogen-like) properties and anti-androgenic (testosterone inhibiting-like) activities, meaning they compete or hinder the hormones that control male characteristics, which could affect puberty and growth.

Under Korach's direction, Ramsey and his NIEHS colleagues went a step further. From the hundreds of chemicals that comprise lavender and tea tree oil, they selected for analysis eight components that are common and mandated for inclusion in the oils. Four of the tested chemicals appear in both oils: eucalyptol, 4-terpineol, dipentene/limonene and alpha-terpineol. The others were in either oil: linalyl acetate, linalool, alpha-terpinene and gamma-terpinene. Using in vitro, or test tube, experiments, the researchers applied these chemicals to human cancer cells to measure changes of estrogen receptor- and androgen receptor-target genes and transcriptional activity.


All eight chemicals demonstrated varying estrogenic and/or anti-androgenic properties, with some showing high or little to no activity, the investigators reported. Ramsey said these changes were consistent with endogenous, or bodily, hormonal conditions that stimulate gynecomastia in prepubescent boys.

Of further concern, according to Ramsey, is that many of the chemicals they tested appear in at least 65 other essential oils. Essential oils are available without a prescription and are not regulated by the U.S. Food and Drug Administration. Thus, the public should be aware of these findings and consider all evidence before deciding to use essential oils. The NIEHS Division of Intramural Research funded this study through its support of Korach.

The researchers will present their findings during a press conference at 10 a.m. Central on Saturday, March 17. Register to view the live webcast at endowebcasting.com.
Posted by arclein at 12:00 AM