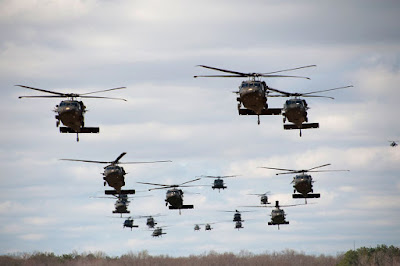 The Intel coming in now from Qanon is picking up pace.  When we all first woke up to Qanon back in November it was immediately clear that what we had was Military intelligence operating directly in the white house as part of something much bigger.

Further information at the time disclosed that a Marine briefing took place with the President.  This would certainly have taken the form of a warning order and specific also to preparation work.

Shortly after we heard of a Marine assault on CIA headquarters in Langley, never confirmed along with an intelligence haul also never really confirmed.  Then Atlanta airport was shut down for a day and a major movement into Gitmo took place in support of a major build out.   By now the paint has dried.

This all supported a Marine led preparation program to support civilian authority. During the last two months EO have come out spelling out clear targets and the extent of the pending operation.  Today we understand that the Marines have been activated and will likely be seen in the skies near you.

Further data from Dilley Drop confirms that a large number of senior retired marines have been recalled back to active service ( as per EO dec 24).  Even bigger, it is probable that Robert Mueller as marine colonel was also recalled to duty and is acting under POTUS orders.

You must understand what has happened.  For the past twelve months, the raft of bad actors have been led to support the so called Mueller Prosecution and this has allowed no end of bad acts to be publicly aired.  We now know all about the Obama politicization of the FBI and weeks of speculation over the firing of McCabe has just ended with his firing.  I want to say that most of these lads are obviously guilty as hell to any rational person.  Yet it was necessary for all possible political support to be first bled away.

There is a plan in place and more heads will fall this week.  Yet do observe that the MSM is completely losing control of the narrative.  They are now wrong footed in this fight.

Understand that the Marines are coming and there are 18,000 sealed indictments out there now.  Inasmuch as Foreign actors have been involved with this assault on the USA Republic, it is all part of a hostile attack in which many folks were bought off to play a leading part.  That Islam played a role is a given.  That 9/11 is a CIA operation is also part of the story.

I do not think that we will be sitting in the dark for much longer.  And yes, expect to see shock and awe in the air.    Too much has to be done to retain secrecy and a dramatic round up combined with a propaganda assault aimed at informing all regarding the purpose will be a huge public shock comparable to 9/11.  What will follow is months of trials and the public airing of serious crimes all followed by the sound of firing squads.

What has taken so long has been the size of what needed to be done. Trump Version 2.0 has now begun and the whole infrastructure of the Deep State is now coming down.  The shock of it will shock the whole world honest.

Expect Soros, and many others to be shot.  The scale of treason is mind blowing

From your mouth to God's ears.