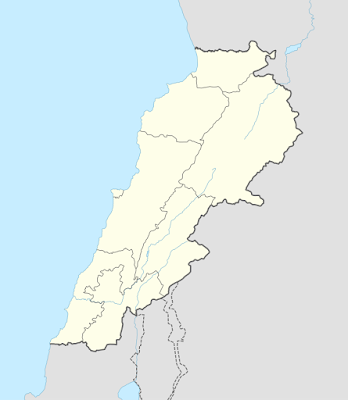 This brings attention to O'brien's work.  He established the importance of a site in Lebanon as a possible Garden of Eden.  This actually works well enough.

In fact, having a river valley facing the Mediterranean been a garden state operated by the 'Shining ones' to act as a test sample of the future of Heaven on Earth makes perfect sense. Local climate was similar to today's, but the hills were deeply forested as well, thus allowing excellent lowland agriculture.


Certainly this keeps it in the cockpit of the early establishment of Agricultural Man (us) and also close by Golbeki Tepe as well.  Add in the additional constructs down the coast and into the Egyptian Delta  and we have the essential core of it.  Sumeria came later.

The discovery and location of the Garden of Eden, called Kharsag (meaning head enclosure) by the Sumerians, is acknowledged by those who have examined the evidence, as the most important archaeological discovery of all time.

However, this discovery has not been made by an archaeologist, which has created real problems in getting interest and acceptance from the establishment and media. They are clearly not coming to terms with the evidence provided by Christian O’Brien in the Genius of the Few, or recognising the exceptional multi-disciplinary skills, which he and his wife Barbara Joy had developed over the course of their working lives, making this discovery possible.

My role in continuing their work, providing supporting evidence and promoting the acceptance of the thesis, since Christian O’Brien’s death in February 2001, has been enjoyable and rewarding. This is mainly due to a fantastic response from the growing numbers of people who spend time on the website, listen to recordings by Christian and Barbara Joy O’Brien, look at the Learning From History video presentations, comment favourably on the quality of our work, and those who network with us to get this information out to the wider public.

Of particular importance has been the survey and photography conducted on site in the Rachaiya Basin, Southern Lebanon, last November by Paul Bedson and Karl Guildford, which goes a long way in supporting and confirming the thesis. This has been incorporated in the latest version of Learning From History Part 10 – Garden of Eden, which will soon be posted to the www.goldenageproject.org.uk and be available in DVD format. Important supporting evidence from many sources can be found on this website

The O’Brien thesis does however require formal examination and acceptance by the archaeologists and the Lebanese authorities, before the bio-archaeological examination of the site can take place. We are waiting for a formal response and a meeting, through the Lebanese Embassy from the newly appointed Director of Antiquities in Beirut. In addition I now have a formal undertaking to examine the evidence and discuss it with his colleagues, from Neil MacGregor Director of the British Museum.
Of critical importance is the fact that there is much damage being inflicted upon the site by local people, through a failure to understand its importance. The Great Watercourse is being filled in to create orchards, and building development will soon take place on the site of Enlil’s Great House, the E-Kur Mountain House, and other important features. For this principal reason we require all the help that you can give in lobbying on our behalf for recognition and the establishment of a world heritage site at this location to prevent more damage from taking place.

We have the following plans for this Autumn:

A press release on the Garden of Eden to go out internationally.

Continuing to upgrade our website, and provide further supporting evidence.

Release of the next print run of the O’Brien masterwork The Shining Ones – now available at £49.50, including surface postage US and Europe. Not to be confused with books bearing the same name.

Co-operation in the promotion and release of Laurence Gardner’s latest book Origin of God, which draws upon the O’Brien thesis for the origin of the story of God.

Lobbying for recognition, together with formal archaeological and bio-archaeological research on the site in the area of Rachaiya, Southern Lebanon.

Lobbying US radio shows and other media sources which will have an interest in promoting this subject.

How you can help

If you support the O’Brien thesis, please spread the word.

Recommendations to the radio shows, the media and other sources, including priests and politicians, will be welcome, even if most approaches fall on deaf ears. The truth will eventually find its own way for the genuine benefit of all interests.

patrickfound@btinternet.com
Posted by arclein at 12:00 AM