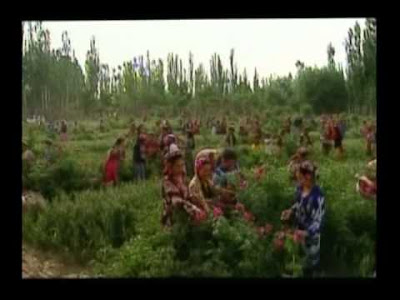 This documentary is covering the world of western China and into Mongolia mostly although i did not check out the last part.  We live today in the golden age of film education and particularly about all those locales long buried behind the veil of a state whose interest was unity as expressed in uniform culture.  That is changing now but often much too late for many.


Of course a lot of these cultures were economic dispensations no longer truly attractive at all.  So this type of work often captures that about to disappear.


Few today want to live fully under the ancestral dispensation but will support honoring it and a partial sharing and it is worth the investment to support just that.