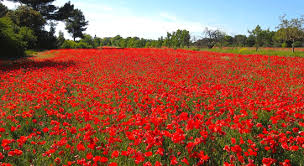 I share this posting.  My own work has uncovered an organized effort to optimize all forms of criminal enterprise only possible through government collusion.  That it was organized around corrupt politicians was inevitable and that it ended up organizing it all and not just the Drug trade was also inevitable as time went on.
At the same time in order to expand these markets it has supported criminalizing many forms of human behavior.  Such as marijuana. Right now a huge part of our economy is in the hands of criminal enterprise and thus under the Deep State.
The present phase has been Big Pharma introducing opiodes, again as a method to increase the market for opium products.  This was obviously stupid from day one.  However, the culture has been turning against all these drugs and market penetration has already been saturated. . .

When I was in Iraq the main mission was to steal all their gold, all their currencies and seize control of the oil fields and divide them amongst NATO countries to the highest bidders. I was there, I watched it happen, even old Oliver North showed up out of the blue to do some backroom dealings.

From what I understand from my peers who were staged in Afghanistan, their job was similar but their primary mission was to protect the poppy fields and ensure there was a supply route to get it out of the country.

America is not a beacon of justice and democracy. America is not the comic book hero that protects the weak. America is a terrorist organization that makes its money and maintains its power using the same tactics as top-level organized crime syndicates.

America cares about TWO things, POWER and PROFIT. If you do not directly help them in one of those two endeavors, you are useless to the machine


Essentially the deep state has coopted criminal enterprise to support personal profit using state assets such as the military. It is far worse and more organized than could be imagined. Step back a week and then review this data.
Posted by arclein at 12:00 AM