Why Enterprise Is an Honorable Calling 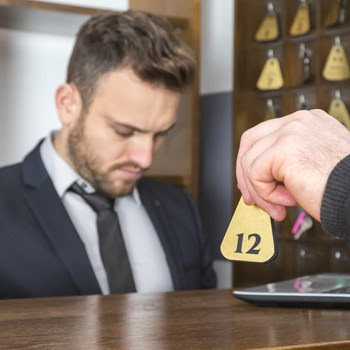 Curiously, businesses tend to become more ethical as they evolve and mature.  That is because of selective pressure as the real costs surrounding bad acts do come home.  Making a business plan of bad acts is normally a serious mistake yet i have certainly seen it.

Sometimes it is the obvious shortcut.  After all cocaine is terribly profitable.

The hard part of all enterprise is preventing short terms trying to exploit a mature market by cheating customers.

Why Enterprise Is an Honorable Calling

through almost all of mankind’s history, the human condition was one of abject poverty and hardship. Yes, there were kings and princes and religious orders that lived better than the mass of humanity. But when looking back at their standards of living, even the most privileged and powerful political leader or tribal chieftain spent his life in a material condition that most of us, today, would consider not much better than bare subsistence.

About 6.4 billion people have been added to the global population with only three-quarters of a billion still to be raised from poverty. For thousands of years, this was the circumstance of the human race. Starting less than three hundred years ago, the human condition began to change – slowly, unevenly; localized first in just a few areas of Western and Central Europe, and then North America. Since then, this improvement has been spreading around the globe.

Economic historians have estimated the degree to which poverty has been abolished around the world. Only around 200 hundred years ago, in 1820, about 95 percent of the world’s population lived in poverty, with an estimated 85 percent living in “abject” poverty. In 2015, the World Bank calculated that less than 10 percent of humanity continued to live in such circumstances.

Now 10 percent of the 7.4 billion people who live on this planet still equal 740 million men, women, and children. But if one recalls that in 1820 the entire human population was only one billion, the vast majority of whom lived in abject poverty, then about 6.4 billion people have been added to the global population with only three-quarters of a billion still to be raised from poverty out of that current total of 7.4 billion people.

In spite of the great advances in reducing poverty and increasing the freedom and dignity of billions of people around the world, the political and cultural climate virtually everywhere around the globe is one of anti-business and anti-capitalism.

Yet, it is wherever the forces of free-market capitalism have been set freest, along with a modicum of acceptance and even respect for business enterprise, that the most dramatic strides have been made in abolishing the worst and most squalid material conditions of mankind.

The Moral Condemnation of Businessmen

Profitable mass production has come from satisfying the needs, wants, and desires of the mass of humanity. If in past times the mass of people bound to the land were compelled to serve the wants of the few who through conquest and plunder lived as the lords of the manor, under free-market capitalism, those who take on the role of entrepreneur and enterpriser have no source of personal wealth other than their successful catering to the wants of the many – the large consuming general public. That means all of us.

One would have thought that an economic system that generates a situation in which the creative, industrious, and innovative members of society would have incentives to apply their talents and abilities to improve the conditions of others, rather than to use their superior qualities to rob what their neighbors have produced, would be hailed as one of the greatest institutional arrangements ever come across by man.

Those who pursue leadership positions in business find themselves the targets of condemnation, ridicule, and even hatred. Instead, the more the creative and the industrious succeed in this peaceful and productive way, the more they are condemned and accused of some form of economic "crime against humanity" due to the profits they earn in improving the circumstances of all the others in society.

In such an environment, those who pursue leadership positions in business, who demonstrate entrepreneurial excellence in designing, directing and marketing better products, new products, and less expensive products, find themselves the targets of condemnation, ridicule, and even hatred from the ranks of those whose lives are made better due to their enterprising actions.

The intellectuals, the news pundits, and self-appointed "critics" of the existing human condition are always pointing the finger at the businessman as the source and cause of all of man's miseries, frustrations, disappointments, and dissatisfactions.

The intellectual and social elites among them dream dreams of "better worlds," if only they were in charge of mankind's social arrangements. Businessmen are, in their eyes, the "stumbling block" to societal reconstruction because the institutions of private property and private accumulation of wealth stand in the way of their having full access to and using the material and other means of the earth to implement their conceptions of "utopia," if only they were in charge of the desired social engineering projects.

The low estimation in which business enterprises are held in the eyes of many people around the world is, in my opinion, very troublesome. The reason I say this is businessmen operating in a free market function on a totally different plane than those who make their living in politics.

Indeed, I would suggest that there is no more honorable and moral way of earning a living than as enterpriser and entrepreneur in the competitive arena of the free marketplace.

To use a Biblical phrase, many are called but few are chosen to take on the leadership role of enterpriser and entrepreneur. Voters do not enter a voting booth to appoint the businessman to his position as head of an enterprise. His is a self-selecting appointment to his position. I mean by this that a businessman sees himself as running a business of his own or as a senior executive in a company or corporation. He wins his position not through promises to voters but by deeds performed for consumers.

In the market economy, those who imagine, design, implement, and direct enterprises and businesses do not need to initially gain the agreement, approval, or consent from large numbers of coalitions of individuals or groups, as politicians must do in the electoral process.

The Leadership Qualities of Market Entrepreneurs

The market entrepreneur is self-selecting and self-establishing. Indeed, the idea or ideas on the basis of which he is led to start up, organize, and implement his activities leading to the production of some goods or services may be neither understood nor believed in by the vast number of others in the society – that is, before the product is finished and offered to the consumers, who may or may not reject it, resulting in the enterpriser earning profits or suffering losses.Taking on the task of entrepreneurial leadership, therefore, requires drive, vision, determination, discipline, and the financial support from his own savings, from those who he is able to persuade to lend him the needed funds, or those who partner with him to bring his idea to market. He is, therefore, a risk-taker as well as a profit-pursuer.

Success is not measured in voter ballots as in a political election, but by the degree to which the entrepreneurial leader succeeds in winning customers for his product or service as reflected in total revenues that exceed the total costs that have been incurred in bringing the product to market.

Can he more successfully anticipate the direction of future consumer demand than his rivals in the market? Is he alert to profitable opportunities that others have missed by introducing new products, better and improved products, or less costly products that gain the “votes” of consumers through the dollars they spend on his product in comparison to his competitors in his own and other markets?

Indeed, the Princeton University economist Frank A. Fetter once referred to the market as “a democracy where every penny gives a right to vote.” With their dollar “votes,” consumers determine who shall retain their entrepreneurial position in the market, and who may lose it.

While the entrepreneur initially selects himself and undertakes his enterprise without the prior approval, agreement, or financial support from the general consuming public, it is the consumers who ultimately determine whether or not he shall maintain his entrepreneurial position in the market system of division of labor.

The business leader must be distinctly single-minded and passionately devoted to his role in the division of labor. Others in the enterprise may show up at nine in the morning and leave at five in the afternoon. But he does not. He is at work “24/7,” even when he is far from his office desk.

A good part of the ethics of enterprise is reflected in integrity, discipline, and quality of character.Is the company’s supply chain operating efficiently? Are the executives and managers who report to him seeing that their divisions and departments are functioning properly? What are his competitors planning and doing? What’s his own company planning next in terms of advertising campaigns, product improvements, technological innovations, and adaptation to the changing patterns of consumer demand?

The burden of meeting the payroll of salaried employees for which he is responsible, as well as the obligations he has entered into to “deliver the goods” to customers and clients, means that, as a leader of his business, his mind cannot just shut off when the official business day comes to an end.

A good part of the ethics of enterprise, therefore, is reflected in the integrity, discipline, and quality of character that must enter into those individuals who choose the role of entrepreneurial leadership.

(The text is based on a talk given at the College of the Bahamas in Nassau, sponsored by the Nassau Institute, on October 20, 2016)
Posted by arclein at 12:00 AM