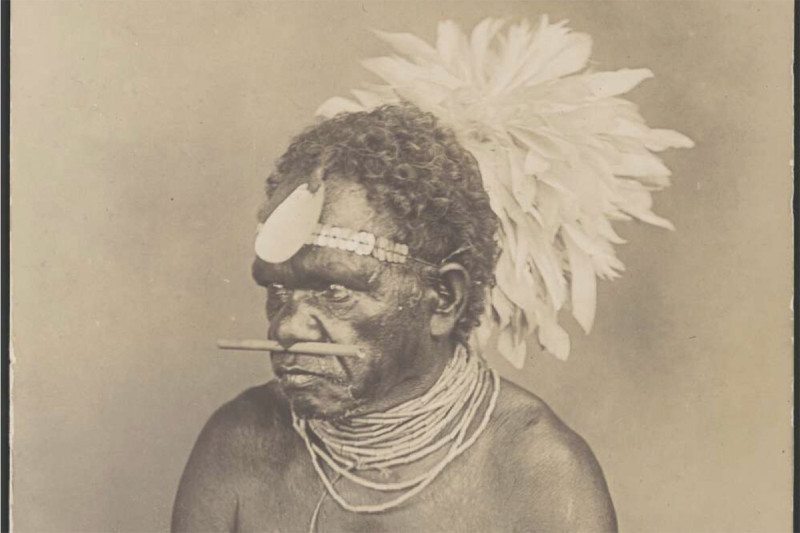 Interesting.  this coincides with the likely time of the ending of human mind to mind communication.

More critically it pretty well establishes that we had a global population in all parts ofv the world except perhaps the americas and even that is suspect.  This was the uniform level of their culture.

We have only begun to map all this and completely ignore the the hundred feet lower sea level.

18 November 2016 Nose bones were worn in Australia until recently

A crafted piece of bone found in Australia looks as if it were designed to be worn in the nasal septum – making it the oldest bone jewellery belonging to Homo sapiens to be identified anywhere in the world.

The finding shows that the first humans to reach Australia 50,000 years ago were as culturally advanced as their counterparts in Africa and Europe.
.
Sue O’Connor at the Australian National University in Canberra found the delicate, 13-centimetre-long artefact (pictured below) in a rock shelter in the Kimberley region of Western Australia. Microscopic analysis by her colleague Michelle Langley revealed red ochre stains and scrapes down the side made by stone tools.

Fractures in the artefact were consistent with a twisting, pushing action that resulted in a pointy tip snapping off, possibly as it was being driven through someone’s nasal septum.
Tool or trinket?

O’Connor’s team believes the crafted bone is more likely to be jewellery than a tool, based on comparisons with 19th and 20th-century sewing needles and ornaments made by Indigenous Australians. The artefact’s shape, ochre staining and wear patterns closely match modern nose bones.

Nose bones were commonly worn in Australia until recently, but their meaning differs between groups, Langley says. “I’ve met Indigenous Australians who remember their granddads wearing nose bones for special occasions,” she says. “In some groups, nose bones were only worn by elders, but in others, there were no restrictions, so all men and women could wear them to look more appealing.”

Many other cultures around the world also wore jewellery in septal piercings, and the practice continues today, with celebrities such as Rihanna sporting septum rings. 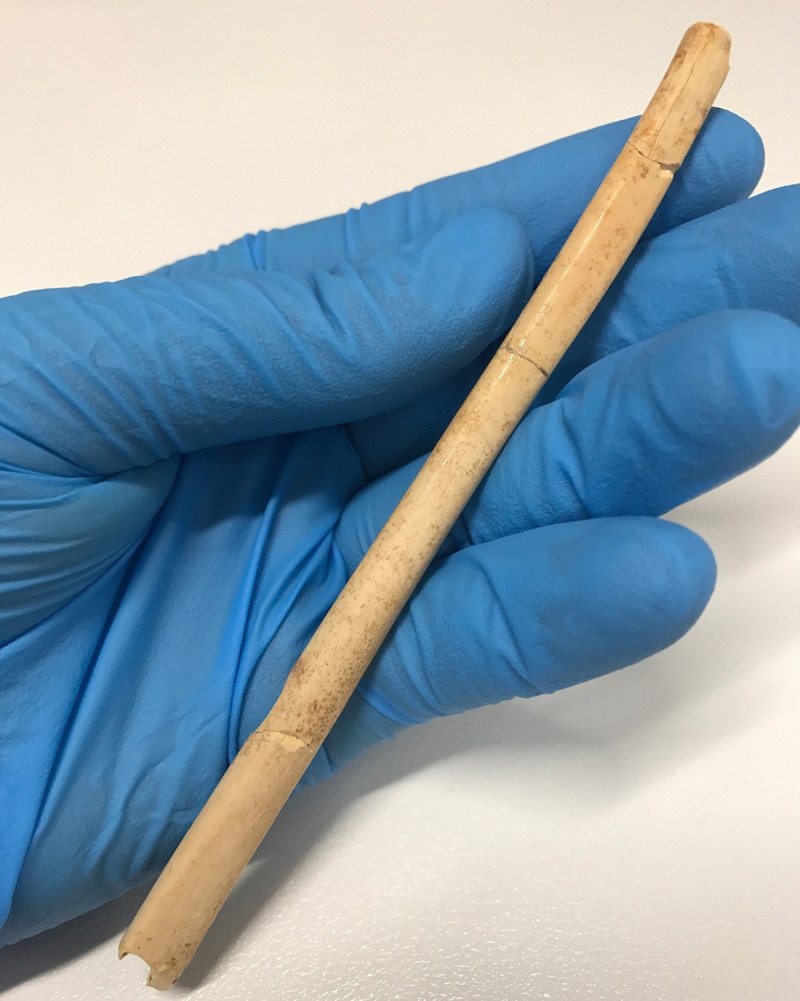 Michelle Langley, Australian National University The first people to arrive in Australia would have brought bone-crafting skills originally developed in Africa, says Langley, and adapted these skills to the bones of Australian animals. Kangaroo bones are hard, strong and easy to come by, making them obvious replacements for horns and ivory.

Bones have been used as tools for over a million years in Africa, but the oldest bone ornament identified on the continent is only about 15,000 years old. This could be because some of the older bone artefacts have been mistaken for tools rather than ornaments, Langley says. This is more likely than bone jewellery being first developed in Australia.

The discovery of ancient bone technology in Australia is important because it reshapes our understanding of the first inhabitants, Langley says. Findings of early bone tools and ornaments have been rare, leading to a long-held theory that Indigenous Australians initially lost the skills they brought from Africa.

“This shows that the first people in Australia were just as capable as those everywhere else of complex actions,” says Ian Lilley at the University of Queensland. “So whether this artefact was used as a nose bone or for sewing skins doesn’t really matter – it’s evidence of complicated behaviour.”

The oldest jewellery of any kind made by early modern humans yet found are 100,000-year-old shell beads found in sites in Africa and the Middle East that look as if they were strung together to make necklaces.

Our cousins, Neanderthals, seem to have beaten us to it, though. They may have been making jewellery 80,000 years before modern humans even reached Europe. Eagle talons found at Krapina Neanderthal site in present-day Croatia, dated as 130,000 years old, show features suggesting they were used in a necklace or bracelet.