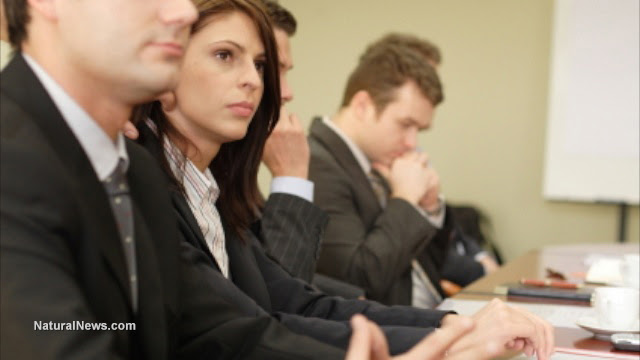 Fundamentally Monsanto did choose to lie about the dangers from the beginning.  They then maintained this lie malice aforethought to this day.  Hard effort by science outside Monsanto has slowly revealed the truth..  At no time has Monsanto wavered in its story line that the product is safe.

The general mega statistical picture says otherwise and said it early on as well.  It is as if they simply do not care if a few folks die early.  In fact, i suspect that the reason for this is that they sell globally and the only problem market is the developed world which represents a small fraction of their market.  Peasants do not complain. ..

However we are now watching legal process slowly catch up. That is a huge change in the ten years i have been following this story.
.
Customers as young as 10 damaged by 'Roundup' weed-killer now suing Monsanto

(NaturalNews) A Los Angeles law firm is taking on biotech giant Monsanto on behalf of those who have developed illnesses after being exposed to the company's glyphosate-based herbicide, Roundup.

Glyphosate, the most widely used herbicide in history, has been linked to cancer and other serious illnesses. The law firm Baum Hedlund Aristei & Goldman is currently representing around 140 people, all of whom are suffering from non-Hodgkin lymphoma caused by glyphosate exposure.

The plaintiffs include individuals from 10 to 70 years old, but most are in the 50 to 60 age group. New lawsuits are being filed each week, and the firm eventually expects to represent as many as 500 clients in the glyphosate litigation.

Nutritionist and author Catherine J Frompovich recently interviewed Robin McCall, director of Public Relations and Marketing at Baum Hedlund Aristei & Goldman, regarding the firm's role in the ongoing litigation against Monsanto and other makers of glyphosate-based products.

One-third of victims are farmers

In the interview, which was published by Natural Blaze, McCall described the type of people involved in the lawsuits:

"One third of the people we represent are farmers. The rest are professional landscapers, weekend gardeners, and government workers working for the city, county or state, spraying Roundup® to kill weeds on highways, near ditches, flood control areas, etc."

The youngest of the plaintiffs, a 10-year-old boy, was exposed to glyphosate starting at a very early age. "His father would spray weeds on a regular basis, as they live out in the country," said McCall. "The boy did what boys do, running all over the yard."

When asked to explain the legal implications regarding glyphosate damage to humans, pets and the environment, McCall replied:

"The crux of the individual cases against Monsanto are allegations that the Monsanto Company failed to adequately warn farmers and landscapers that its blockbuster herbicide, Roundup®, causes cancer.

"The Monsanto lawsuit also alleges that the agro-chemical giant designed a dangerous and defective product; committed gross negligence in the creation and promotion of Roundup®; and defrauded millions of people about the safety of the herbicide."

Glyphosate also has a negative health impact on pets, said McCall. The chemical has been shown to destroy healthy gut bacteria in animals, leading to the development of such conditions as celiac disease and gluten intolerance.

The death of a family dog was included in one of the lawsuits. The dog, which died of lymphoma a few years before its owner died of non-Hodgkin lymphoma, was exposed to glyphosate on the family farm. McCall said she was not aware of other lawsuits involving pets, "but that doesn't mean they are not out there, she said. "We have another client who lost a pet due to cancer, but we have yet to file that case."

Although the law firm is currently only filing lawsuits involving non-Hodgkin lymphoma, McCall acknowledged that glyphosate has also been linked to melanoma and bone, kidney, pancreatic, liver and thyroid cancer.

Dozens of cases have already been filed in state and federal courts in at least 15 states, but the number is expected to grow into the hundreds. For that reason, the federal government has moved to consolidate all the cases against Monsanto under one judge. "This means that 37 federal cases are being transferred to U.S. District Judge Vince Chhabria of the Northern District of California in San Francisco," said McCall.

After many years of deceiving the public regarding the dangers of glyphosate, Monsanto is finally being held accountable in the courts. It is hoped that the settlements will reflect the magnitude of Monsanto's criminal actions against the citizens of the United States.

My name is bob minarik - I am from rural northern Indiana. I don't buy this claim. A lot of conjecture, but no facts. Doubt very much the suit will go anywhere beyond a nuisance suit.