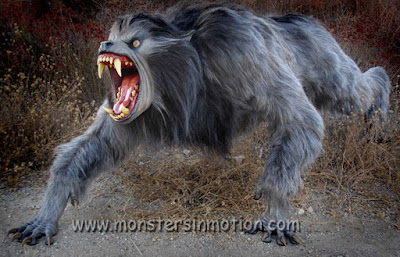 This is a great witness report and it is the giant sloth again.when you actually look at a skeleton, all this falls into place.  The disproportion between upper body and legs has confused many reports as it it is unexpected.  Again this creature is naturally arboreal which allows it to easily lose dogs in particular.

I also do not think the bravest dog is going to get anywhere close to this.

I also think that even a hyena would be challenged by this animal..
.

I received the following account by email this morning:

I was deer hunting just north of the Tuscarora State Forest. This was on Saturday Dec 3rd. I have a tree stand on the edge of a large field owned by a friend. I have been hunting here for almost 20 years and have bagged several deer at this location.

I saw something that early morning I'm not sure how to explain. It was about 7:10 AM and just turning light. I noticed a few deer in the distance running towards the state forest. I looked through my scope and saw, what I thought, were 2 coyote following the deer. But these coyotes didn't look quite right. They were larger, almost like wolves.

About 15 minutes later, I was watching a buck about 600 yards south of me in the open field, when it bolted towards the trees. Then I saw a large dog-like animal. It was slowly walking or stalking, I'm not sure, but it was heading in my direction. I was up wind from it, and it soon noticed me in the tree stand. It stopped and looked at me for a few seconds, then started walking towards me again. It was about 100 yards or so from me, and I heard it growling. This was not a dog or coyote. It reminded me of a wolf, but the back was arched and the head was huge. The fur was very dark and the legs were odd with sparse hair. I thought about shooting it, but something told me not to. I was shaking as well. This animal really scared me.

It once again stopped moving and looked at me for a few seconds. The face was that of a wolf, but the snout was shorter than any wolf photo I've ever seen. It had 'steely' eyes, almost like those of a human. Really weird.


Something caught it's attention and it ran off towards the south. I stayed on the stand for another hour and didn't see anything during that time. When I did leave the stand, I was very cautious. I had no idea if it was in the area. I reached my car and left.

I talked to a game commission officer later and reported the animal. He said that there had been a few reports of large dogs, but that they were most likely coyote. I told him that this was NOT a coyote, but he didn't seem to care.

I talked to a guy at church who told me about your website and said I should contact you. I don't want to be too specific about the location because it's private land and belongs to a friend. JL


NOTE: I contacted the witness by email and he telephoned me this morning. He is somewhat shook up by this encounter...it was obvious on the phone. The encounter was north of the Tuscarora State Forest in Perry County. He answered a few questions and seemed to be truthful. The arched back intrigued me...he mentioned 'hyena-like,' a description I have heard before. It never went bi-pedal while the witness observed it. This sighting needs investigation. Lon
Posted by arclein at 12:00 AM