Is There Physical Evidence That We Live More Than One Life? 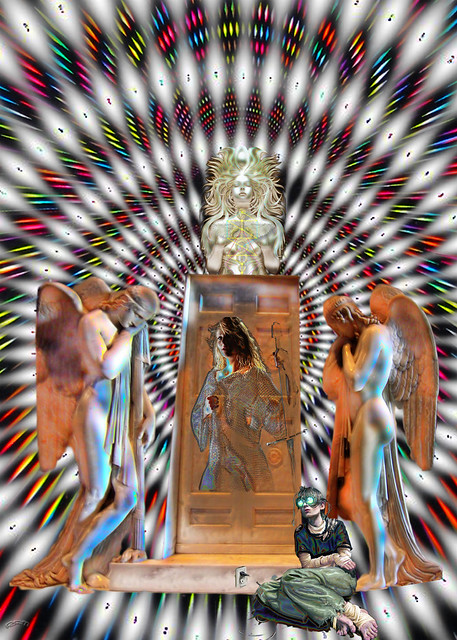 Only an arrogant fool would dismiss the best cases of reincarnation.  It is very real.  Add to that our present understanding of the physical nature of the so called spiritual world and we have a physical framework for information transfer as well.

In fact once you understand that physical nature it is easy   to work out the implied logic of such an existence and to appreciate the flood of reports both human and spirit.  We have the data and it is no trick to gain more data directly from the other side.  They are all seriously chatty.

The true weakness of the spiritual world is that it lacks natural stimulation except through spirit to spirit contact.  Actual spiritual evolution is far faster and decisive in the human form.

Is There Physical Evidence That We Live More Than One Life?

Not only do many world religions embrace the concept of reincarnation but New Age followers with no religious affiliations are increasingly adopting it into their personal philosophy of life. This means that around half of our planet’s inhabitants — including Hindus, Buddhists and Jains — believe we live more than one life on Earth. But where’s the evidence to support that belief?

It is surprisingly abundant, as I have set out to show in The Big Book of Reincarnation (Hierophant Publishing, June 2012). The book is the culmination of 50 years of study, during which I have not only researched the history of belief in rebirth but also met many individuals who are convinced they can recall one or more past lives. I’ve also interviewed most of the leading scientists involved in reincarnation research and twice visited Lebanon, during the making of a British TV documentary, to investigate cases within the Druze community, for whom reincarnation is the cornerstone of their religious beliefs.

There is no shortage of reincarnation cases to investigate if you know where to look. Nevertheless finding the perfect case — one that satisfies the most diligent of researchers as well as hardened skeptics — has been proven next to impossible, until now. There are some extremely impressive cases which, although not watertight, are very difficult to explain persuasively with any other theory.

Much of this evidence revolves around children who begin talking about a previous existence almost from the moment they can speak. Some chide their parents for not having things they enjoyed in the life they claim to remember: perhaps a car, servants, fine food and clothes or good schooling. A few even try to run away to find their past‐life family.

Toran “Titu” Singh, born in a village close to the Taj Mahal in northern India, was typical of such children. He began speaking at the age of one‐and‐a‐half, sooner than his five siblings, and early on he demanded, “Tell my grandfather to look after my children and my wife. I am having my meals here and I am worried about them.”

Asked by his mother who he was, Titu replied, “I am from Agra. I don’t know how I came here.” Later, he admonished his mother with the words, “Mummy, please don’t go out in these clothes. I feel embarrassed by them. My wife had beautiful saris.” He also told her: “Your house is dirty. I will not stay. My house is very big.” When expected to walk or take a bus, he complained, “I used to go by car. I will not go on foot or in a bus.” As he grew older, he would cry almost every day saying he wanted to “go home”.

He recalled many details of a previous life when he was Suresh Verme and owned Suresh Radio, a shop in Sadar Bazaar in Agra. Suresh, who was also a noted smuggler on the black market, was shot dead on August 28, 1983. Titu’s memories were so accurate and detailed that his past‐life wife and parents accepted the boy as Suresh’s reincarnation. As a journalist, I realized when I encountered these stories — minutely researched and carefully documented in scientific and parapsychology journals — that they deserved a wider audience.

I launched a magazine, Reincarnation International, in 1994 to share some of these reports with a wider public. The publication also examined the similar memories that are often recalled by adults under hypnosis, though I view these with far more skepticism for the simple reason that their minds have already been exposed to a wealth of information from books, movies and television that could influence or even produce the dramas they recall during a hypnotic regression.


Reincarnation International later evolved into Life & Soul Magazine whose editorial scope broadened to look at other evidence of an after‐life. But, like so many specialist magazines, it eventually ceased publication in 2001, as the impact of digital publishing began to make itself felt.

However, with a wealth of material that was unpublished and with fascinating new reports and research continuing to appear in academic journals, it was time to put all this information together into a single volume that sets out to answer many of the questions that puzzle those who delve into past lives.

As a journalist, I realized when I encountered these stories — minutely researched and carefully documented in scientific and parapsychology journals — that they deserved a wider audience.

Do we all reincarnate? Do we return as the same sex? What role, if any, does karma play? Do we have soul mates? Are we part of a group soul? Do animals have souls? Where do new souls come from?

A total understanding of reincarnation is only possible if we can provide answers to most of these questions, but acceptance of reincarnation for most people will depend on far more than philosophical conjectures.

Fortunately, reincarnation research has taken us beyond that with impressive new evidence that some individuals are not only born with memories of a past life, which are subsequently verified, but also bring with them into their new life physical evidence that appears to corroborate those claims, in the form of birthmarks and birth defects. For example, scars on his head, coinciding with the entry and exit of the bullet that killed him in his previous incarnation, are also a notable feature of the Titu Singh case mentioned earlier.

I have dedicated The Big Book of Reincarnation to the memory of the late Dr Ian Stevenson, a professor of psychiatry whose ground‐breaking, two‐volume study of such cases has added considerable weight to the already impressive volume of evidence collected over several decades. My book deals with some of these cases in detail and also provides an overview of his work.

Stevenson was a cautious scientist who, for most of his career, referred to his special area of interest as cases suggestive of reincarnation. This reflected the fact that none of the cases he investigated provided 100-percent evidence. However, it is clear that he eventually accepted reincarnation as the best explanation for some of the claims he investigated.

It’s a view I share. In presenting the case for reincarnation, I have also been at pains to explore alternative theories and to dismiss some claims that can be interpreted adequately by more mundane explanations.

Fortunately, reincarnation research has taken us beyond that with impressive new evidence that some individuals are not only born with memories of a past life, which are subsequently verified, but also bring with them into their new life physical evidence that appears to corroborate those claims, in the form of birthmarks and birth defects.

However, even if we refute some of the evidence as wish fulfillment, forgotten memories or other psychological aberrations, we are still left with an important residue of cases which indicate some individuals appear to have been born with memories of a former life and that cannot be explained by normal means.

When a child is able to describe a previous existence and name the key players in that life, even directing his new family to the village in which he or she was born and identifying the former home and various relatives, it either challenges our understanding of human perception and memory, or points very clearly to the possibility that a soul is not destroyed when the body dies, but continues to exist until a new “home” is available for it to occupy. And when that new child — animated by an “old” soul — is born, displaying marks and defects that, it soon transpires, mirror wounds or injuries from that previous life, then it is time for humanity to ponder the enormous implications of that discovery.

It is easy to dismiss such cases as oddities that simply cannot be explained — and do no more about them. But they have occurred for centuries and show up in most cultures. The numbers are small but sufficient to be recognized as a phenomenon that deserves intense study. After all, they could provide the answer to the age‐old question, “Do we live after we die?”

The numbers are small but sufficient to be recognized as a phenomenon that deserves intense study. After all, they could provide the answer to the age‐old question, “Do we live after we die?”
Posted by arclein at 12:00 AM