How Frequency and Vibration Create the Structures of Matter and Life 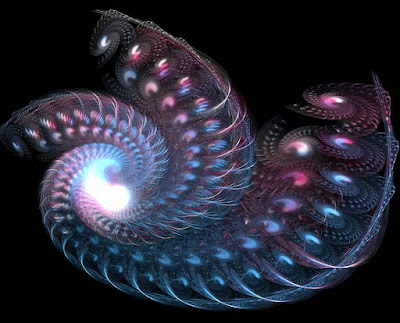 What we have poorly understood, mostly because visible energy flow is in the form of a hot stream of electrons is that essentially all energy flow is through resonance.  Once understood, it becomes obvious why most everything diosplays geometric order of some sort.  That is still an effect and not a cause.

The first movement of creation sets up a wave function that provides boundedness and the potential from additional particles of such creation through simple decay of a natural 3D topological figure eight ( think hour glass decaying from a boxy and edgy 3D figure eight ).

This all means that a distribution of hour glass objects or neutral neutrinos are left behind the advancing edge of the universe been created as well as decay radiation.  Any temporary void is then filled by more such objects.

What i am really saying is that it is critical to rethink physics in terms of resonance in order for real progress to be made.

How Frequency and Vibration Create the Structures of Matter and Life

“If you want to find the secrets of the universe, think in terms of energy, frequency and vibration.”
~ Nikola Tesla

The difference between vibration and frequency

Partiki units are the smallest building blocks of matter, even smaller than the smallest particles known to scientists. Partiki is made of units of conscious energy that act like the template upon which consciousness enters manifestation.

In physics, vibration is the “oscillating, reciprocating, or other periodic motion of a rigid or elastic body or medium forced from a position or state of equilibrium.” As for oscillation, it is “an effect expressible as a quantity that repeatedly and regularly fluctuates above and below some mean value, as the pressure of a sound wave or the voltage of an alternating current.” In simple words, it is a motion that repeats itself.

The combination of vibration and oscillation is what determines the vibrational frequency rate (cyclic pattern of scalar waves) of all things. Scalar waves are standing waves that flash “on” and “off.” This process creates energy patterns that are processed by our consciousness and DNA to create our external reality. The on and off energy pattern is very simple but yet it has infinite potential. This is the mysterious and amazing power of the intelligence of Creation.

How reality works at the most fundamental level

The core structures of reality work similar to how a computer works. A computer communicates and operates through the use of binary codes, which are codes that consist of ones (on) and zeros (off). Binary codes are very simple but with the right combinations they can help computers create magnificent things.

For example, when we paint a picture using a computer software, the core state of the colors and shapes in the picture are basically made of ones and zeros. We do not see our picture as ones and zeros, because the central processing unit (CPU) and its counterparts process the binary codes as colors and shapes. The greatest thing about binary codes is that there are no limits to their combinations.

The following excerpt from Fix-Your-Computer-Today.com does a great job of explaining how binary codes work:

Binary code works by representing content (letters, symbols, colors) in a form that computers can understand. This is done by breaking the content down into a numeric system of two digits “0” and “1”. To accomplish this, computers use electrical impulses switching OFF and ON to represent these two digit numbers. This can be better understood by understanding how a computer chip works.

A computer chip is made of millions of transistors that act as switches much like a light bulb in your home. If you want light you move the switch to “ON” to allow electricity to flow through the light bulb thus giving you light, but if you switch back to “OFF” the light goes away because the electrical signal is interrupted. The switching behavior from a computer chip is similar in the sense that it can only understand two results, “ON” and “OFF”. These results correspond well with the two digits numeric system of “1” and “0” best described as binary (“1” representing “ON” and “0” representing “OFF”).

If you want to learn more about the secrets of reality, I recommend reading my book Staradigm, because it contains sacred knowledge that will help you understand reality at a very deep level.

Partiki are responsible for creating our external reality. It is through the dynamics of their interaction that electromagnetic fields of sound frequency and light spectra are created, and frequency and vibration are brought into being.

- Scroll down through ‘Older Posts’ at the end of each section

A genuinely incapacitated invalid maintains, writes, edits, researches, illustrates, moderates and publishes this website from a tiny cabin in a remote forest.