Why Africans Fish With Mosquito Nets 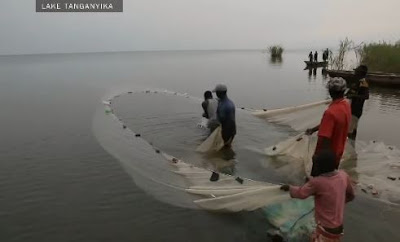 Why not? The first simple reality is that nets are not easily available for free.  They cannot be made easily either.  I know this because i grew up fishing net free.  A net system would have been seriously useful.  Thus using a mosquito net is a sound innovation.

After all it will consistently toss a handful of fish into the evening fry up.

Because it was not obvious, we should have provide sheets of netting to subsistence peoples of different mesh sizes a long time ago but did not. It is no trick at all after you have the net to lash together a hand made trap.

So yes any type of net is valuable.  Better yet supply a net that is sized to capture mature fish and leave the minnows behind.
. Why Africans Fish With Mosquito Nets

heterogeneous Capital refers to the idea that almost all capital goods — those goods that are used for production—have more than one use. It is one of the most important concepts in Austrian Economics.
“The theory of capital has to start from the fact that the capital goods with which entrepreneurs operate are heterogeneous”- Ludwig Lachman

The concept of heterogeneous property consists of three core ideas:

Nothing is an inherently capital resource. It only becomes capital when it is used as such.

Capital comes in different forms and can be put to different uses.

Capital exists as part of a “multi-period plan.” Its value will not always manifest itself immediately. The value of the capital will tend to evolve as the multi-period plan evolves.

The notion that capital resources can be employed in uncountable ways is at the heart of Hayek’s insight into the pretense of knowledge. It is the crux of Austrian Business Cycle Theory, and it elucidates the modern Economic Calculation Fallacy. Most importantly, like all economic concepts, it is something we observe in the real world. Individuals use this concept — even without knowing it — to make decisions to improve their lives. Ignorance of this concept, such as that routinely displayed by central planning politicians and bureaucrats, prevents capital from being put toward its most productive uses. As Kirzner said,

“The truth is that the heterogeneity of the various physical items in the stock not only constitutes a well-recognized barrier to the construction of such a measure, but represents at the same time the reason why such a measure can play no significant role at all in the analysis of decision making in the course of capitalistic production. “ –Israel Kirzner

Heterogeneous Capital and the Miracle of the Mosquito Net

Mosquito nets can be an effective way to stop malaria from spreading in developing countries. The nets are designed to be wrapped around a bed to prevent mosquitoes from biting people while they sleep, impeding the spread of malaria. Governments and NGO’s have distributed over one billion of these nets have been distributed to villages in Africa.

If capital is heterogeneous, its use and purpose will always change based on the which applications allow the user to maximize their utility.

Severe though the malaria problem may be in certain areas, it isn’t always the most pressing concern for the recipients of the mosquito nets. In areas where starvation is a greater threat than malaria, such as some regions in Zambia and Kenya, individuals individuals have naturally prioritized finding food over fighting malaria. It turns out that mosquito nets also work fairly well as fishing nets. Those individuals recognized the heterogeneous nature of their mosquito net capital and found a better use for it.

Perhaps unsurprisingly, central planners and western journalists like those at the New York Times have complained about this practice. They cite concerns about overfishing and suggested that it should be regulated or banned.

If and when overfishing makes it more difficult to acquire fish with mosquito nets, individuals will modify their multi-period plan. They might choose to use the mosquito nets for their intended purpose, or they may find a new use for this capital to better their lives. By definition, if capital is heterogeneous, its use and purpose will always change based on the which applications allow the user to maximize their utility.

Having the freedom to innovate with capital is particularly crucial to individuals in developing countries because they have fewer capital goods to use to improve their lives. When advocates of the free market look at objects, we do not see them in terms of the Homogeneous Keynesian mathematical “K” used by most contemporary economists. Each object is a potential capital resource that could be used in myriad applications, most of which we don’t have the knowledge to foresee. The application that maximizes its utility in situation may not maximize it in another. These differences, and the innovators who find new applications for capital, should be celebrated.