'97% of scientists agree on climate change' is an engineered hoax 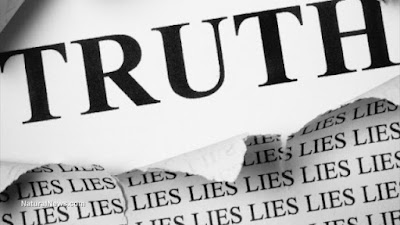 What we have uncovered here is Stalinist at its worst.  A propaganda position is chosen as a new perceived truth and the science is manipulated to support it all as supposedly the public trusts scientist.  Except when scientist stand up to complain they are aggressively shouted down and even threatened and worse
Looking at the sponsors behind all this is is clear that the global corporate world is naturally Stalinist at the least and can not be trusted in any form to purvey truth.  Instead they operate major global experiments on the whole bio me by running with it a a profit driven enterprise when at the least a long term harm study is demanded.
And then we talk about the weather instead.
..

The REAL FAKE NEWS exposed: '97% of scientists agree on climate change' is an engineered hoax... here's what the media never told you


(NaturalNews) In the current ridiculous battle over "real news" vs. "fake news," the establishment media liars all claim that climate change is the perfect example of how "fake news" keeps interfering with their truthful facts. They repeatedly claim that 97% of scientists agree on man-made climate change, and therefore anyone who disagrees is obviously shoveling "fake" news.

But wait a second. Where does that "97%" claim really come from? They sure repeat it a lot. Is it a legitimate representation of the science?

Author Mark Steyn dug into that question in the search for a more authoritative answer. What he uncovered was so much fraud and deception by climate change propagandists that he compiled an entire book on the matter entitled A Disgrace to the Profession. Here's an excerpt that explains the shocking intellectual fraud behind the "97% of scientists" claim:

An opinion survey of earth scientists on global climate change was conducted by Margaret R K Zimmerman, MS, and published by the University of Illinois in 2008.

Aside from his support from Dr Pantsdoumi, Mann often claims the imprimatur of "settled science": 97 per cent of the world's scientists supposedly believe in catastrophic anthropogenic global warming requiring massive government intervention. That percentage derives from a survey conducted for a thesis by M R K Zimmerman.

The "survey" was a two-question, online questionnaire sent to 10,257 earth scientists, of whom 3,146 responded.

Of the responding scientists, 96.2 per cent came from North America.

Only 6.2 per cent came from Canada. So the United States is overrepresented even within that North American sample.

Nine per cent of US respondents are from California. So California is overrepresented within not just the US sample: it has over twice as large a share of the sample as Europe, Asia, Australia, the Pacific, Latin America and Africa combined.

Of the ten per cent of non-US respondents, Canada has 62 per cent.

Not content with such a distorted sample, the researchers then selected 79 of their sample and declared them "experts."
[ Cherry picked from 3000 responses!  This is crazy - arclein ]

Of those 79 scientists, two were excluded from a second supplementary question. So 75 out of 77 made it through to the final round, and 97.4 per cent were found to agree with "the consensus". That's where the 97 per cent comes from.
[ or 74 out of 75 agreed with the consensus in 2008 after years of drum beat promotion - arclein - These experts had already dedicated their careers to pushing this story line ]

Nonetheless, the compilers also invited comments from respondents and published them in the appendices. In terms of specific scientific material, the hockey stick attracted three comments - one blandly positive, the other two not so much.

Wow, you mean the 97% consensus number comes from just 75 scientists that were hand-picked from an email survey?

Yep. Out of the hundreds of thousands of scientists in the world, only 75 of them were selected to "count" for the climate change survey that every mainstream media news organization quotes as FACT.

Not quite the "settled science" you've been told, is it? In fact, it all looks rather shoddy.

Yet this is the sort of propaganda that passes as "real news" while anyone who questions obviously faulty science claims is said to be trafficking in "fake news."


So if "real news" is based on the cherry-picked answers from a wildly distorted, misrepresentative group of scientists whose responses were compiled by a pro-climate change "scientist" who obviously altered the responses to fit her own subjective beliefs, just how solid is the claimed authority of "real" news authenticity in the first place?


Furthermore, the very idea that science is "settled" is anti-scientific. Science is never really settled, since the heart of legitimate science is an openness to exploration, discovery and revolutions in new ideas that render old ideas obsolete. Yet today, we are told by the Ministry of Truth fact checkers and monopolistic purveyors of self-proclaimed "real news" that only their views are legitimate and no one else is allowed to even question a "settled" set of beliefs.


"Consensus science" is unscientific by definition... reality isn't decided by a consensus of faulty human beliefs

Thus, the very approach of proclaiming science to be "settled" is, itself, anti-scientific. Any set of supposed facts that cannot withstand questioning, criticism or debate is no science at all. Yet stifling debate is precisely what the new "news truth" brigade is attempting to accomplish: the elimination of scientific dissent and alternative views. They want to turn every discussion (a two-way street) into a stern lecturing (a one-way demand) of those who oppose the "consensus" view being shoved down all our throats.


When scientific dissent is silenced by cognitive totalitarians, what you end up with is a cult of establishment "scientism" rooted in false notions pretending to be science. Perhaps that's why famed physicist Richard Feynman once said, "Science is the belief in the ignorance of the experts." If he were alive today, there's no question he'd be calling bulls##t on the climate change fraud.

All this explains why everything the lying mainstream media tells you about so-called "science" is a collection of carefully constructed lies: Vaccines are completely safe, GMOs have no environmental risks, the stock market will always go up forever, aspartame is safe for babies, pesticides don't cause cancer and human biosludge strewn onto farmers' fields is just "organic fertilizer."


These are the kinds of lies they want to codify as "accepted truth" while decrying any dissenting views as non-credible.


Well, I've got news for Google, Facebook and the mainstream media: You've already flushed your credibility down the toilet. Nobody believes you anymore, and by censoring the alternative media, all you're going to do is rapidly lose more readers by the millions as they turn to the only media where they can read the truth: the independent media.


Want to read the real truth on almost any topic? Avoid the entire establishment media as well as "gatekeeper" websites like Google, Facebook and Yahoo. They are now coordinating to silence or censor all views that don't support their twisted, fabricated, false "facts" (which are all politically motivated, by the way).

Also, "warming" may be the decrease of world ice not so much air temps.