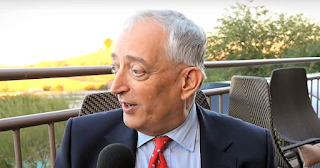 This happens to be a very legitimate study.  The whole model is directly flawed and predicts no  such thing as Global Warming.  This is no joke.  The underlying mathematical model was erroneous and the correction makes the results disappear.

Plenty of other issues plagued the narrative and made it suspect.  After all that data had better alternative explanations anyway.  Even the visible warming of the Arctic is simply a recovery from the Little Ice Age to the Medieval Warm spell.

The far more important question is that we do not know what caused the Little Ice Age.  That is something to worry about, not a mathematical error.

Acclaimed climate realist and former adviser to British Prime Minister Margaret Thatcher, Lord Christopher Monckton, has some major news of a breakthrough discovery he has made in the area of climate science. He’s interviewed at the “Global-Warming; an Inconvenient Lie” conference in Phoenix, AZ by Millie Weaver, a reporter for Infowars.

Moncton is proud to be able to announce that he and his “team of very distinguished professors and doctors of science have discovered a major, significant, substantial error in the way in which the computer models calculate how much warming they would predict should be happening.” He says, “Take that error away and there is no longer any climate problem. You might get one or two Celsius of warming with a doubling of CO2 concentration but you won’t get much more than that.”

He says, “All the suggestions that we’re facing some tipping point and suddenly we might see five or six, seven, eight, ten, twelve, thirteen Celsius of warming for a doubling of CO2, the kind of dramatic figures that have been appearing in some scientific papers, we can now prove that all of those very high end forecasts of how much warming we might get are based on an error in mathematics. Correct for the error and we are back down to a maximum of two, perhaps two and a half Celsius of warming for a doubling of CO2.”

Monckton says, “I have been looking for this error in the mathematics for ten years. I have known it was there but I didn’t know what the error was, I just knew they’d made a mistake. He then goes on to explain in some mathematical detail how he knew it, describing himself as a classical mathematician.
He also has an announcement regarding a discovery by one of his esteemed colleagues, Professor William Happer of Princeton, who discovered that “the central estimate of global warming has been exaggerated by forty percent.” When his result is combined with the discovery by Monckton declares, officially, that the climate scare is over.

The Soft Revolution has begun!!