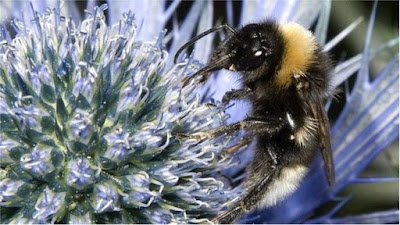 Hopefully this is the beginning of the end for this type of insecticide.  They did themselves no favors when they promoted a huge roll out in Ontario about four yeas ago against the vigorous opposition of the bee industry.  Needless to say, it demonstrated perfectly what the problem is.  Obfuscation impossible.

Worse is that the government is measuring water in waterways and showing how much more serious it all is.  All this means that the appropriate agency is ordering its own work and deciding.

This likely means we will be free of all this well ahead of anyone else..

http://www.bbc.com/news/world-us-canada-38096765
Canada's health regulator is planning to ban a controversial neonicotinoid pesticide, which it says has contaminated waterways and killed important aquatic insects.

Health Canada wants to ban virtually all uses of the pesticide Imidacloprid.

Studies have linked neonicotinoid use to bee deaths around the world, although whether it is to blame for colony collapse is still being debated.


In its environmental assessment, Health Canada said it frequently detected Imidacloprid in Canadian waterways. In agricultural regions where the pesticide was heavily used, the regulator detected levels "well above concentrations that may result in toxic effects to insects".

Neonicotinoids work by affecting the central nervous system of insects, and are frequently used on corn and canola crops, as well as on everything from lawns and Christmas trees to flea treatments for pets.

But studies cited by Health Canada have shown that they can also kill off beneficial insects, such as those eaten by fish, by seeping through the ground into rivers and streams.

"These insects are an important part of the ecosystem, including as a food source for fish, birds and other animals," Health Canada wrote in its ban proposal.

Health Canada said it intends to phase out almost all uses of Imidacloprid and will re-evaluate the use of two other insecticides.

The public has 90 days to comment on the proposal, before the regulator publishes its final decision.

The move away from neonicotinoid pesticides in Canada has been a long-time coming, beekeepers say.

Murray Borer, an apiarist and president of his regional beekeeper's association, told the BBC his industry has been decimated by the pesticide. He says even if it doesn't kill them, it makes them weak and susceptible to parasites like the varroa mite.

"I believe the ban is a good step and it's nice to a see a government actually taking action but that being said, it should have been done a long time ago," he said.

The proposed ban does not mention bees, as the pesticide's affect on bee deaths is still being evaluated by the regulator. But beekeepers say reducing its use for any reason is welcome.

In 2013, Health Canada published a report linking neonicotinoid use in corn crops to bee deaths in corn-growing regions of Quebec and Ontario during the spring of 2012. Two years later, it announced it would be re-evaluating the pesticide's use.

The EU issued a moratorium on neonicotinoids in 2013, a decision the UK did not support, citing insufficient scientific evidence. Two years later, the ban was lifted in Britain following an emergency application by the National Farmers Union to protect the oilseed rape crop.
Posted by arclein at 12:00 AM