Should we change the reasonable doubt standard for convictions of rape? 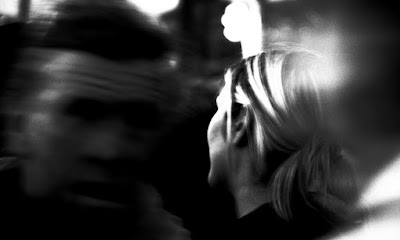 This is a very difficult issue and has proven difficult to deal with.  Both parties have sexual needs that must be actively managed.  Our culture has developed a protocol of consent without violence.  It has failed to provide a protocol of service that ensures continuous resolution of sexual needs thus obviating risk of any form of non consensual sexuality.  Such a protocol has quite commonly existed in primitive cultures but has failed to make a transition into more complex cultures.

The most serious issue is that costs of non consent are now mostly criminal which is simply not provable  with most rape cases.  Was there criminal intent and was it even rape?  Who can independently confirm either?  With rare exceptions such as a public assault, you are stuck with two witnesses who can have all sorts of motives in the event that they do know each other.

If strangers are involved we have no doubt.  Trouble is that this is rarely the case at all.  This is about someone who got close enough through trust to certainly confuse the whole issue of doubt. Throw in drugs and general judgement impairment and suddenly we are dealing with a serious decay in decision control.

So how do you ever get a conviction?  The victim's testimony is a solid first step and this needs to be seriously honored.  In fact it needs to be enough.  The act itself may need to be confirmed in some cases and ulterior motives will also need to be ruled out.

What needs to be addressed is the actual cost to the perpetrator.  This needs to be dialed down. We no longer value sexual access in the traditional manner when most men and women are simply satisfying their lusts as a matter of course pretty generally. Just what is the cost to the victim?  That also matters and that is a wide open question.

Thus we allow a criminal record by declaration to be established rather easily and the costs applied truly commensurate with the circumstances.  If this were to become common practice, the whole culture of shame will also likely diminish making it quite easy for women to come forward.  This also allows serious pathology to be quickly identified. as well..

Should we change the reasonable doubt standard for convictions of rape?

Hans Van Den Berg/Fickr
https://aeon.co/ideas/why-rape-cases-should-not-be-subject-to-reasonable-doubt
Conviction rates for sexual assault against women are shockingly low, to the extent that, even in a developed nation such as the United Kingdom, only 6 per cent of rape allegations result in a conviction, a far lower rate than for any other violent crime. As The Guardian columnist Julia Bindel puts it, ‘rape might as well be legal’.

Disturbingly low conviction rates have many explanations, but one contributing factor is the ‘beyond a reasonable doubt’ standard of evidence employed in criminal cases. This standard requires that the jury not have any reasonable doubts about the defendant’s guilt in order to convict. Doubts they have that are frivolous or hypothetical should be put aside.

Unfortunately, this standard contributes to a low conviction rate in cases of sexual assault, which is often physically indistinguishable from consensual sex. This means that a verdict can hinge solely on testimony. When two people tell stories convincingly, each story casts some reasonable doubt on the other.

The standard is also incorrectly applied due to the prevalence of rape myths ­– prejudicial, stereotyped or false beliefs about rape, rape victims and rape perpetrators. These myths involve blaming the victim and sympathising with the perpetrator, along with the common belief that women, motivated by jealousy, revenge or spite, falsely claim rape after consensual sex.

‘Testimonial injustice’, a concept developed by the feminist theorist Miranda Fricker at the University of Sheffield, is a systematic, insidious tendency to unjustifiably and often unintentionally downgrade the credibility of women’s testimony. Testimonial injustice and rape myths function together to render unreasonable doubts reasonable in the minds of judges and juries. Even judges can buy into the most egregious stereotypes about women’s sexual behaviour.

Part of the response to this dire situation is surely better prevention of sexual violence against women, as well as raising awareness of deep-seated social prejudices. However, we should also question what justifies the reasonable doubt standard in the first place, and whether it has been unduly stretched in the case of sexual assault. The 18th-century jurist Sir William Blackstone provides perhaps the best-known statement of the rationale behind the reasonable doubt standard. Blackstone argued: ‘It is better that 10 guilty persons escape than that one innocent should suffer.’ A strong intuition seems to undergird this proclamation: the harms of false conviction are so severe that the legal standard of evidence should drastically reduce the likelihood of it occurring.

For the falsely accused, these harms can indeed be severe. They include stigma, broken relationships, violent victimisation in prison, lost income, an increased likelihood of committing crimes, and greater difficulty in finding employment after release. On the face of it, it seems as though the potential to inflict such harms on an innocent person justifies an extremely high standard of evidence like the reasonable doubt standard.

This move is too quick though, since it neglects the harms of false acquittal. In considering whether or not a standard of proof is justified, we should consider not just the harm done to the one man wrongly convicted, but also the harm done by the 10 men wrongly released. This means that the justification for a standard of proof should also consider the accrued harms of false acquittal to the initial victim, to future victims of those criminals and to society.

In the case of sexual assault, these harms are extraordinarily severe. The victim suffers horrendously through the trial and is often badgered into reliving disturbing details of the incident. When the false acquittal is reached, all this is for nothing. Worse than this, she is falsely branded a liar, with all the psychological trauma this entails.

The harms of false acquittal to future victims and their loved ones amplify and extend this harm. Indeed it has been suggested that the trauma of sexual assault is greater than that experienced by war veterans.

Moreover, sexual offenders are likely to offend multiple times. In one study, rapists self-reported an average of 10 violent crimes, even before their ‘careers’ had ended. Consequently, to paraphrase Blackstone’s ratio with reference to sexual violence would mean saying it’s better to have the harm of 100 sexual assaults than the harm of one false conviction – a conclusion that is untenable.

All this is without consideration of the social harm of false acquittal. One is that false acquittals contribute to a vicious circle: a lower chance of conviction leads to a lower likelihood of reporting. Lower reporting again reduces the chance of conviction and so on. Given this circle, it is perhaps unsurprising that in the UK it is estimated that between 75 per cent and 95 per cent of rapes are never even reported. Those that are reported are often not investigated or prosecuted because of the low chances of conviction.

A vicious circle operates in another respect, too: false acquittals reinforce rape myths. When a man is found not guilty on the basis of reasonable doubt, this creates the impression, wrongly, that he was in fact innocent and the accuser was a liar. The large number of acquittals in rape cases thus serves to strengthen and reinforce utterly unfounded rape myths that women are vindictive and frequently lie about having given consent. Again, these myths feed into the social imagination, prejudicing judges and juries, and further lowering the likelihood of conviction.

As it stands, the legal system is weighted unfairly in favour of perpetrators of sexual assault. In addition to sending out a powerful expression of intolerance for gender violence, a lower standard of proof can decrease these harms by reducing the likelihood of false acquittal. Reasonable doubt is inappropriate, but what standard would do better?

Of the standards commonly employed in law, only the ‘preponderance of the evidence’ standard has been used on a consistent basis to decide cases of sexual violence, albeit in civil trials. Indeed, given the high probability of false acquittal, civil trials have increasingly become a first port of call for female victims of sexual violence in the US. Rather than calling for the absence of doubt, this standard judges a case on what the evidence leads one to believe most strongly. If a woman’s testimony provides a stronger reason to believe that she did not give consent, this should be enough.
Posted by arclein at 12:00 AM