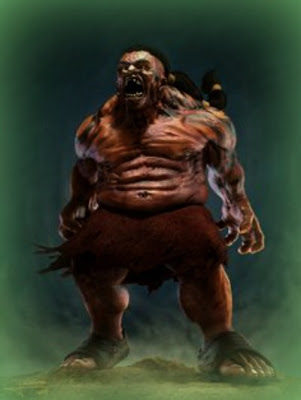 This item is a one off except that it is not.  This is on the island of Oahu it is the one place which could retain an historic indigenous folk.  what makes it plausible is that we have uncovered an historic population of giant humans contemporaneous with the all important European Bronze Age or better yet the global Atlantean trade empire.  The means existed from 1159 BC through 2400 BC to deliver willing colonists used to living in primitive conditions.

North American populations became extinct, i think as a result of first contact although there is plenty of evidence of earlier massacres as well.

Without this knowledge already well attested, i would have dismissed this item.  Thus it is apparent that an original village is hiding in Oahu and quite rightly staying out of sight.  There must be a reasonable breeding population..

Wahiawa, Hawaii - 1973: A man had gone to the river in Whitmore Village with his friends to catch catfish. They laid traps in the river for about an hour, intending to come back in the morning to gather up the fish. As they were busy putting in their traps, they heard a blood-curdling scream. It sounded at first like a wild man screaming in the bushes right next to them. In a state of panic the witnesses began to run. As they got to the top of the hill, running down a little trail, they came to a curve in the path. As they entered the curve, they all stopped dead in their tracks. An 8-foot tall man was walking down the trail, heading right for them. He was naked except for a cloth around his waist. They turned and ran back to the river. As he stumbled down the side of the embankment, a giant woman stepped out from behind a tree. She must have been at least seven feet tall. Turning downriver they ran until they came out of the ravine safely. Giant footprints were found at the site. - The Obake Files
Posted by arclein at 12:00 AM