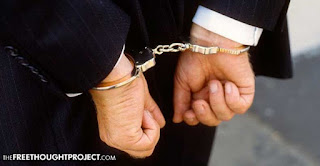 Excuse me, we now have two apparent highly connected pedophile rings exposed and been taken down in two countries, been N1orway and England.  Simple extension powerfully suggests we have much larger numbers to confront in North America.

Add in the huge amount of clear circumstantial evidence around Pizzagate and you know you have a problem.

Add in the disturbing fact that this drives a natural conspiracy that must get access to power to protect its members at the least and that it must also use government tools to procure.  How better to get victims that through an orphanage or a native residential school?

Up to now, our exposure has been to lone wolfs who simply lacked access.  The bigger picture always need government or institutional cover somewhere.  Thus the Catholic Church and the boy Scouts open the door to disclosure.  Now we are developing governmental disclosure..

As the old expression goes “there’s a special place in hell” for pedophiles. But hell for some infants, toddlers, children, and teenagers might be a little country called Norway. That’s because the country just seized the largest amount of child pornography in the country’s history! A whopping 150 terabytes were confiscated, the equivalent of over 35,000 child-porn DVDs!

The search began when one 22-year-old man was being investigated for having sex with a 14-year-old. The investigation led to the man’s cell phone, where authorities quickly realized he had been in contact with other suspected child rapists. The network of rapists led the Norwegian authorities to create a team of 25 officers, from various departments, to work together on the ever-expanding case called “Operation Darkroom.”

The investigation quickly led to arrests of, “51 people, all men, are so far involved in the case. 24 of them come from Hordaland and Sogn og Fjordane. 26 come from other areas of Norway, from Southeast to Finnmark in the north. Among the accused offenders, there is also one Swedish national. Two politicians, one Labor politician from Oslo and a former national Progress Party (FrP) politician from Eastern Norway are involved in the case.” One is also a kindergarten teacher, and four of the 51 arrested were perpetrators in the video evidence collected.

Norwegian Prime Minister Erna Solberg said of the arrests, “I think this is incredibly painful. It is painful to hear and see stories about abuse against young babies, and the fantasies of abuse against young children. You do not need to be a mother to think that this is painful to hear, all people with empathy and contact with young children know that this type of abuse leaves marks for life, says Solberg.”

While it doesn’t appear that the Norwegian media has been in any way dismissive of the operation and the charges involving high-level government officials, the same cannot be said of the American mainstream media. Throughout the first and second weeks of December, since the mainstream media first reported that Edgar Maddison Welch, of Salisbury, N.C., fired a shot inside the Comet Ping Pong Pizzaria in Washington, DC, the mainstream media has been declaring the so-called child-sex “Pizzagate” child-sex ring, a false conspiracy theory based on lies.

Welch was reportedly searching for child-sex slaves inside Comet Ping Pong based on stories he’d read online involving pedophilia and the Washington elite. Ironically, and without any real investigative, Chris Hanson style journalism being conducted, the mainstream media and its pundits have declared all the claims found in the conspiracy theory to be false, lies constructed by “fake news”. In fact, The Washington Post simply declared, “None of them were true.” That may, indeed, be the case. But if it can happen in Norway, with Norwegian lawmakers, it can certainly happen in the United States, and all such claims must be investigated thoroughly by properly trained police officers with the tools necessary to uncover such deviant sex crimes involving children. We applaud the Norwegian authorities for being unafraid, vigilant, and thorough in their investigations of child-sex rings. May justice be swift.

Read more at http://thefreethoughtproject.com/norwegian-authorities-arrest-51-child-sex-ring-lawmakers-included/#SJFqDhzADccGIVCa.99
Posted by arclein at 12:00 AM