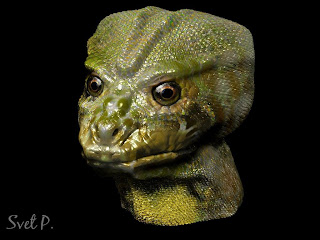 We have had several such reports and this one is particularly excellent. The witnesses, experienced hunters took three minutes to closely observe the entity. Again we have a humanoid that is clothed and operating here. These have mostly been observed underground establishing an active presence on Earth.

Yet they certainly avoid outright contact even as they actually operate on the surface, in this case in broad daylight. As I have posted before, they appear nocturnal by inclination and live in deep earth warrens with no need to interact with the surface. They claim to be Terran and in existence for millions of years and the evidence to date conforms well.

This case shows us a protected individual with a working pack who is been picked up.

Again, all reports are accidental and demonstrate the use of avoidance protocols.

Three hunter from the city of Liria all around 50 years of age were resting and getting ready to prepare a “torra” (barbecue) close to a nearby ravine and at about 5km from the small town of La Yesa in this very mountainous region. As they prepared a sudden ‘flash’ in the sky caught their attention. Seconds later one of the men, Mateo Chover, left his rifle behind and approached the edge of the ravine to urinate. He was then surprised to see on the other side of the ravine where a small arroyo flowed and at about 100 to 150 meters away a humanoid type figure that had the following characteristics: athletic built, a lizard like head, with two reddish eyes, claw-like hands, one of them holding what appeared to be a transparent helmet with a white visor, and a long cat-like tail that reached the ground. The parts of the humanoid which were exposed appeared to be gray in color. The rest of its body was covered in white one piece coverall that covered the humanoid all the way up to its neck, and wrists, it ended in a pair of large white boots. Attached to its back appeared to be some type of metallic ‘backpack’ or rectangular box aluminum in color, about ½ meter in length and shiny, there was a black antenna-like protrusion on the top. The strange entity was standing under a tree and gave the impression that “it was waiting for somebody or something”. Chover was under the impression that the entity extended a large ‘beefy tongue’ from its mouth every once in a while. The entity appear not to notice Chover as this one hid behind some bushes and called the other two men and told them to approach quietly. The three astounded hunters watched the entity for about three minutes when suddenly they were terrified to see emerge from the top of the tree a dark metallic cylinder-shaped object that reflected the sunlight from each end. They estimated the craft to have been about 30 meters in length and ten meters in width.


The object remained still about ten meters above the top of the tree in a horizontal position, pointing in a northeast-southeast direction. The craft was completely silent. Terrified, the three men crawled on the ground armed with their rifles and hid among some nearby bushes, convinced that “Spain was being invaded by extraterrestrials” all three men waited it out in the bushes until suddenly they heard a very loud sound coming from the direction of the ravine, it sounded to them like numerous ‘engine motors that were starting and then suddenly stopped’. Again they saw a bright flash in the sky. And one of the men, last name of Guillem said out loud, ‘Maybe they have gone’ while the third man, Rafa Llopis hid in the bush ‘shaking like a scared rabbit’. Finally they left their hiding place and confirmed that both the strange entity and the equally strange object had departed. Now much calmer than before the men walked down to the edge of the creek/arroyo and filled their canteens with water. They looked around for any signs left by the entity or object and noticed that some of the branches located in the upper sections of the tree appeared to be scorched or burnt. There was also a strong sulfuric smell in the area. They found several footprints on the sandy ground of flat footwear without heels. They later calculated the height of the entity to have been at least 2.2 meters or more since its head almost touched the lower branches of the tree, and judging from the depth of the footprints its weight at least 150 kilos. Guided by intuition they visited a nearby cave which they knew it was located on a nearby hill thinking that perhaps the entity might have originated from there and maybe “had left something strange behind.” But upon arriving at the cave they noticed that it was impossible to enter it due to the very thick and heavy brush surrounding the entrance. Very nervous they decided to leave the “torra” or barbecue for another day. The three hunters gave up the hunt for the day and returned to where they had parked their motor scooters. While returning home they encountered two Civil Guards (a sort of rural militia) and told them what they had seen. The guards did not write anything down but told the men that “around these parts, it was a normal occurrence” and left. They only told their family and closest friends about the incident.