Snowdon Discloses Back Chatter on UFO's 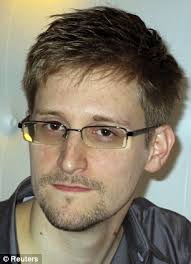 I checked around a bit on this story and it is out there on the blogosphere but not been carried in any mainstream channel. There is innuendo that somehow government agencies are attempting to create some form of alien back story, but that is even less plausible.

What we do have is data that I am surprised to find from this particular source. There must be significant back chatter at the highest level for an operative such as Mr Snowdon to have both awareness and the need to establish credence. Way more important, it appears independent of the known third party reports that we have posted on in the past that had already presented the exact same scenario.

I have observed for some time that we have significant UFO traffic in and out of the ocean, mostly near coasts were access points into sea cliffs is possible and ultimate passage to above sea level caverns if that were desired. If we extend to deep sea access and deep habitats then far more options are available. In practice, such access is the sole realistic reason for the observed heavy traffic observed in our skies who must transit under stealth to reach access points that are all under water.

All this requires direct mastery of gravity as is also strongly indicated.

http://www.chronicle.su/news/snowden-reveals-ufo-documents-after-receiving-asylum-in-venezuela/
CARACAS, Venezuela – Edward Snowden, the leaker of NSA surveillance documents, was granted asylum in Venezuela on Friday. With safe harbors in sight, Snowden was willing to share shocking and world-shattering exclusive secret government documents with The Internet Chronicle.
Snowden’s testimony was as follows:

“The highest levels of government don’t know what to do about UFOs, and the official story that they are all merely weather balloons or natural phenomena has been clearly dismissed. If anything, these documents speak about UFOs as if they are surely guided by an intelligence beyond our own. As it turns out, the most credible and inexplicable sightings are of vehicles that have been spotted leaving the sea floor at hydrothermal vents and directly entering solar orbit . . .

“Because ballistic missile tracking systems and deep-sea sonar are kept as state secrets, scientists don’t have access to data about these objects. However, most of the contractors at DARPA are sure that there is a species more intelligent than homo sapiens living in the mantle of the Earth. It makes sense, if you think about it, because that is the only place where conditions have been more or less stable for billions of years. Extremophiles may live at different temperatures than us, but they have been able to thrive and develop intelligence at a seemingly accelerated rate. That’s not true, because they’ve simply evolved at the same rate, but without many of the vicissitudes which set back surface life . . .

“The president receives daily briefings about their activities. Analysts believe their technology to be so far advanced that we stand little chance of survival in any potential war. The general sentiment is that we are but ants from their perspective, so there is little chance they would empathize or attempt to communicate with us, and the current contingency plan is to detonate nuclear weapons in deep caverns to ‘sting’ the foe we have no hope of destroying in hopes it would discourage further attacks.”

Critics may allege that what the 30-year-old former NSA and CIA contractor can state with authority about our ultraterrestrial neighbors is already well-known. But the Ground-Penetrating Radar, or GPR, scans, which The Internet Chronicle has shared and confirmed with sources within intelligence community, will only serve to underscore popular bitterness over strategically timed earthquakes and tsunamis.

Just as PRISM shined a new light on goings-on in NSA’s ECHELON computer systems, revealed in the 1990s, the vast complexes of underground cities  – laser-etched from pure diamond – apparent in the GPR scans will transform public debate about the balance between liberty and security.

Gimme a break. If Snowden really said that, then he's definitely on a limited hang out.

Gimme a break. If Snowden really said that, then he's definitely on a limited hang out.

Limited hangout would mean he was intentionally put in this situation and was fed misinformation to ruin his credibility. Am I correct?