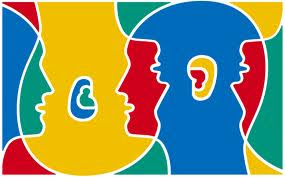 This is a reminder that the critical aspect of human intelligence is the capacity to transmit data.  All other aspects I find well represented among animals.  In fact as well represented as in most of humanity.  I even include cognition in that list.  Yet their problem is information sharing.  This is generally rudimentary.

So we have many excellent cases of clever animals and even useful use of sound.  We do not have anything subtle.  In fact, animal intelligence needs to be studied through the lens of information sharing for a best measure.

Language - The Dawn of Thought

To the casual observer the most noticeable difference between human beings and the great apes is not our larger brains, but the uses to which we put them. Unlike chimpanzees or gorillas -- and unlike any other creature on Earth -- human beings wear clothes, grow food, paint pictures, sing songs, dig wells, mine coal, read books, go to school, get married, remember anniversaries, earn money, go to discotheques, hoard gold, hold elections, employ lawyers, belong to unions, take vacations, follow fashion, join fan-clubs, collect stamps, give parties, fly planes, build highways, spray insecticides, stockpile nuclear weapons, and worship God.

Such differences stem from human beings’ ability to think, to reason, to be aware of ourselves, to make choices, and to purposefully modify the world around us. Each of these abilities depends in turn upon our exceptional capacity for language. Having brains several times larger than we need for our bodily functions gave us the added capacity necessary for the extremely complex neural processing involved in verbal communication.

Before this potential could be turned into speech, however, we needed a voice. Being able to make sounds is not by itself enough -- most animals do that very well. Nor is the possession of a larynx, or “voice-box,” sufficient; the great apes have well-developed larynxes. What makes the human larynx different are some important changes that it undergoes early in life.

At birth the human larynx, like that of the apes, is high in the throat, and in its first year a child’s speech is restricted, and the sounds it makes are very reminiscent of those made by young chimpanzees. But during the second year the larynx descends to a lower position, carrying the base of the tongue with it. This change allows the tongue much greater freedom, and the child can begin to articulate a wide range of complex sounds. Speech becomes possible.

From an evolutionary perspective, speech represents a major step forward in information processing, as significant as the emergence of DNA, the evolution of sex, or the development of nervous systems. We can share our experiences, and hence our learnings with each other. Whereas a dog or cat learns primarily from its own experience of life, human beings learn not only from their own experience, but also from the experiences of others -- from those around us and from those who have gone before. Unlike other creatures we do not have to build up our knowledge of the world from scratch; we can pool our experience and build up a collective body of knowledge about the world.

Estimating the rate of growth in our collective knowledge is a difficult task. One inspired attempt has been that of the French economist Georges Anderla for the Organization for Economic Cooperation and Development. He takes the known scientific facts of the year AD1 to represent one unit of collective human knowledge. Assuming that our collective learning began with language, it had taken approximately fifty thousand years for humanity to accrue that first unit

According to Anderla’s estimates, humanity had doubled its knowledge by a.d.1500. By 1750 total knowledge had doubled again; and by 1900 it had become 8 units. The next doubling took only fifty years, and the one after that only ten years, so that by 1960 humanity had gathered 32 units of knowledge. It then doubled again in the next seven years, and again in the following six years, taking us to 128 units in 1973, the year of Anderla’s study.

There is no indication that this acceleration has slowed since then. It has almost certainly continued to increase ever-more rapidly. Today, with the advent of the information revolution, human knowledge is estimated to be doubling once every eighteen months.

Whether or not one agrees with the details of Anderla’s figures, the trend they reflect is very clear. As soon as our species gained the ability to pool its individual learnings our development moved ahead at an unprecedented rate. Never in the entire history of evolution on Earth had change been so fast.

A Thirst for Knowledge
The advent of speech not only facilitated our communication with each other, it also gave us the ability to think in words, form concepts, and entertain ideas. We could begin to think about our experiences, and understand them. As we did, we discovered order in the world around. Not only did we see the stars, we saw that there were patterns in their movement. We could begin to draw conclusions and make predictions. Science had been born.

We became a species with a thirst for knowledge, a hunger to understand. Why does night fall? Where does rain come from? What makes the wind blow? Why do rivers flow? Why do plants grow?

Each question answered took us to a more intimate understanding of the Universe; and each answer left us with further questions. From where have we come? Why do we exist? Is there a meaning to life? Does creation have a purpose?

Our capacity to think about our experience made us aware of time in a new way. We could think about events from the past, deliberate upon them, and learn from them. And we could think about future possibilities, and at where we might be headed. We could speculate about events that had not yet happened, judge whether or not they would be beneficial, consider alternatives and their consequences, and consciously decide upon our actions -- and hence our futures. A new freedom of choice had been born.

We also became aware that our own time had a beginning and an end. We were faced with the inevitability of our death. We wanted to know whether or not we continued after our bodies met their end. Is there an afterlife? Or is this all there is?

Being able to step back and reflect upon our experience gave humanity another distinctive ability. We became conscious of our own consciousness.

Consciousness itself was not new. Any creature that experiences the world around is conscious. A dog, for example, is aware of the world around. It seems to feel pain, recognize people and places, and at night seems to dream, perhaps chasing some imaginary cat. There is every reason to believe that what applies to dogs applies to other mammals -- cats, horses, dolphins, rats -- and probably to all vertebrates -- birds, reptiles, amphibians, and fish -- and perhaps to all creatures with a well-developed nervous system. But human beings are, as far as we know (we have not yet broken the communication barrier with dolphins and whales) the only creatures who are conscious that they are conscious. We can observe our thoughts and reflect upon our inner processes. We know that we know. We have a sense of self.

This has opened us up to what may be the most profound questions of all. “Who am I?” “What is consciousness?”

I continue to be amazed when people with over inflated opinions of their own intellect string together words of which they do not know the meaning because ... they are either poorly defined, or there is no meaning.

Here is just one example:
We can observe our thoughts and reflect upon our inner processes. We know that we know. We have a sense of self.

First, and most obvious we do not know what we know, if for no other reason than that so often what we "know" can be shown to be wrong. And that "sense of self"? What exactly is that? How does one measure it? Has someone invented a self-O-meter and not told me about it? If we have this sense of self, than how come so many people are trying to "find themselves"? Or how many times have you thought that one of your friends does not have an accurate picture of themselves? How about seeing yourself as others see you.

If we have that sense of self, when does it come into existence? How do you know? The nearest that we have to that is the mirror test, which many primates pass.

So, this article is a lot of words, and little substance, and to the extent that any of the sentences actually have meaning, there are probably as many that are wrong as are right.

more on self awareness: