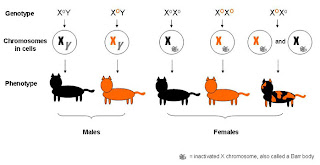 This is an enhanced statistical approach able to detect anomalies that are worth pursuing. It is a case of avoiding simple controls for extremes and rather obviously we can in fact establish several such extremes to act as a set to use against the test material. This promises to flush out good data that may well be important but otherwise well under the radar.

We are certainly still learning to interpret DNA and to manipulate it effectively, in spite of our occasional rush to market scenarios.

All this continues to inform a rapidly emerging technology that will ultimately can be expected to resolve all human health issues.

Aging researcher compared centenarians on one side and T2D patients with severe complications (people with extreme diabetic complications) on the other, thus maximizing possible genetic differences among patients and controls. Their data suggest that the use of relatively small numbers of cases and controls with extreme phenotypes (thus reducing sample heterogeneity) in genetic association studies of age-related diseases can be successful in detecting significant associations.


Genetic association studies of age-related, chronic human diseases often suffer from a lack of power to detect modest effects. Here an alternative approach of including healthy centenarians as a more homogeneous and extreme control group. As a proof of principle they focused on type 2 diabetes (T2D) and assessed /genotypic associations of 31 SNPs associated with T2D, diabetes complications and metabolic diseases and SNPs of genes relevant for telomere stability and age-related diseases. They hypothesized that the frequencies of risk variants are inversely correlated with decreasing health and longevity. They performed association analyses comparing diabetic patients and non-diabetic controls followed by association analyses with extreme phenotypic groups (T2D patients with complications and centenarians).


Results drew attention to rs7903146 (TCF7L2 gene) that showed a constant increase in the frequencies of risk genotype (TT) from centenarians to diabetic patients who developed macro-complications and the strongest genotypic association was detected when diabetic patients were compared to centenarians (p_value = 9.066*10^-7). They conclude that robust and biologically relevant associations can be obtained when extreme phenotypes, even with a small sample size, are compared.


Using this methodological approach on a total of 1,349 individuals we tested 31 SNPs in or nearby 16 different genes that were previously strongly associated with T2D and metabolic diseases and that could be considered good candidate to play a role in T2D complications, on the basis of other large genetic studies.


Our results indicate that most of the SNPs analyzed were not significantly associated with T2D, even when extreme groups of cases and controls were used. This somewhat unexpected result could be due to a lack of biological relevance in spite of their previously strong association signal in GWASs. Indeed, a major drawback of GWASs is the observation of many significant association signals from loci of weak effect. Therefore, we have to consider the possibility that such SNPs, despite having reached statistical significance in large GWASs, could have a weak biological relevance. Indeed, the presence of risk alleles at the same frequency in T2D patients with or without complications and in centenarians suggests that per se they do not represent a strong biological risk, being compatible with exceptional longevity, and that they likely necessitate to interact (epistatic effects) with (many) other risk alleles and/or specific environmental conditions to give a certain phenotype. Further studies, possibly in more than one population, are needed to test this possibility.


The two SNPs that reached statistical significance in our study were ADIPOQ rs266729 and TCF7L2 rs7903146, the last one being the strongest. ADIPOQ encodes for adiponectin, the most abundant adipokine in human plasma. Low adiponectin levels are associated to IR and T2D and the chromosome locus 3q27, where ADIPOQ is located, is linked to metabolic syndrome and T2D. Several studies have investigated the association between ADIPOQ polymorphisms and T2D, but their results are controversial, probably due to differences in the size and in the composition of the analyzed cohorts. To this regard it is interesting to note that the statistical significance of ADIPOQ rs266729, a polymorphism associated to decreased adiponectin levels, emerged only when T2D patients were compared with centenarians.