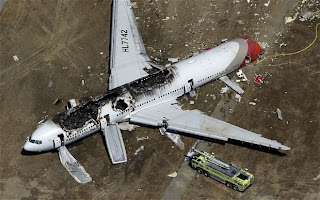 Essentially we are entering a world of drone operated airliners that remove the flight crew from the flight deck. It has not happened yet but it is certainly strongly indicated and generally desirable. The software for all this is still not entirely there yet but it is close enough. What I expect is that the cockpit will be designed to allow one pilot to step in and take over in an emergency and to be suited up for just that during critical steps in the flight. Otherwise the plane will be flown from a remote land based cockpit.

The emergency pilot would maintain a high level of readiness through ongoing simulation training. This begins to take on the world of a cruise liner as far as the pilot is concerned. Attendants can also be trained as lightly trained backups to standby when the pilot is not in the cockpit. This is clearly becoming possible.

In the the meantime we are clearly entering a transition period during which problems certainly can occur. Whether this last event can be blamed on a failure of training or inexperience appears unlikely as yet. However, just how did we get to this airspeed before anyone noticed a problem? That actually does not make any sense.

(NaturalNews) When flight 214 crashed last week at the San Francisco airport, killing two people and injuring dozens, many people were in a state of disbelief. How could a Boeing 777 -- the "Titanic" of commercial airliners -- be piloted so carelessly that the pilot seemingly flew it into the seawall and caused the accident?


But that's the problem, you see: There are no more pilots flying these planes. The real pilots have nearly all retired, leaving a bunch of "computer geeks" who have almost no flying skills and only know how to operate the computerized, automated flight equipment which is subject to catastrophic failure.


That's what "Pilot X" told me in a phone interview. His identity is being secret for his own protection, but he recently retired from over two decades of flying Boeing's largest aircraft for major U.S. airlines. He has received more actual flight time than 99% of today's active commercial pilots, and he's an expert in Boeing flight automation equipment. His testimony, below, reveals insider details that only a real commercial pilot would know.


Airlines are trying to dumb down the pilots


"The bigger the plane, the worse the pilot," he told me. "The airlines are trying to dumb down most of the entire fleet, and the pilots are losing all their flying skills. They don't want pilots; they want computer geeks instead of someone who can actually fly. The stick-and-rudder skills go to hell in a hand basket when you don't actually fly the plane."


The other pilot on the flight deck was also partially responsible for failing to do his job, I was told:

"The non-flying pilot was not using CRM (crew resources management) where you call out the controls and altitude all the way down. They also had the glide slope switched off, and those two runways are too close together to be doing real close approaches."


"The pilot was probably being trained to use the auto pilot and auto throttle instead of developing his\ pilot skills. Probably within 5 or 10 hours [with the plane] he should have been able to hand fly the airplane, but they don't teach that anymore; they teach people to be button pushers instead of pilots."


"The air traffic controllers do what they call a slam dunk," Pilot X continued. "They make you go fast [during the approach], they are trying to move numbers instead of safety. They are trying to slam dunk everybody and push airplanes through as quickly as they can to get the next one on the ground instead of worrying about spacing, which should be increased. Sometimes it causes you to exceed your flap speed and limitations on the airplane for their convenience instead of what you should be doing as a pilot."


"I see a big increase in the number of aviation accidents in the future," Pilot X told me. "The FAA is just as corrupt as airline management. They're all pushing numbers instead of developing pilot skills."


"As far as air traffic control goes, they're one of the biggest threats to aviation right now. Most of the senior controllers have retired. These guys are pushing numbers, so coming into different airports, sometimes you'll have 3 different STAR approaches (standard terminal arrival routes) switched around for their convenience, and they switch runways when you're close in. And you're busy running the checklist, and then you suddenly have to switch everything in the FMC (flight management computer), so it's all heads down trying to change everything for their convenience, and it results in all kinds of safety parameters being violated, especially looking out for other planes."


Air traffic control treats pilots like they were a "yo yo," he explained. "I view air traffic control and the FAA as a big threat to aviation... giving up safety for convenience and statistics, and moving numbers. The speeds are too high, they make you fly high speed, 180 knots to the marker. That's too fast, no matter what kind of airplane you're in, you don't have time to slow it down, you're trying to get the gear out and everything else, so instead of worrying about landing the plane in front of you, you have to worry about the guy behind you, they're trying to rush you to move numbers."


Experienced pilots being forced out of the industry


All the really good pilots are retiring, quitting or being forced out of the industry, Pilot X explained to me. "Most of the best guys have quit, and some of these airlines are expected to file bankruptcy next year and steal their retirement funds."


A pilot shortage is on the horizon, causing even more inexperienced pilots to be put in charge of airliners carrying hundreds of passengers. "There's gonna be a massive pilot shortage over the next 2-3 years. They need 60,000 pilots and there are only 10,000 qualified to draw from. Everybody is pissed off and stressed out."


Airlines also have a reputation for stealing the pensions of pilots. "Most of the pilots want to get out; they know [management] is going to steal the pension money to give themselves bonuses."


Here are the key trends happening in the air travel industry right now according to Pilot X:


• Real piloting skills are being abandoned by airlines.


• Pilots are being trained to be button pushers instead of real pilots.


• Air traffic control is "slam dunking" airplanes into runways at dangerous speeds in order to increase traffic throughput at the cost of sacrificing safety.


• Airplane automation is actually becoming a danger to the safety of airline passengers because pilots rely on it too much and lose piloting skills.


But who cares about safety when you can get extra miles by shopping with your "rewards" credit card!