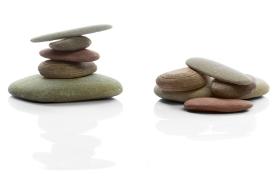 At the end of the day, this item is a whine by those with no clue how to fix the problem except to hark after progressive taxation and redistribution which actually does not work at all. That is unfortunate.

Yet it can be wonderfully restructured to take the economy to new heights. The first step is to understand that the labor market is a market as all markets and it needs to be managed with a clear set of rules and a firm floor combined with VAT tax structure that underwrites that floor. It is not simply setting out a minimum wage and wishing.

It is not too difficult to set up rules, it is not even difficult to establish a working floor and it is not difficult to set up mandatory training as needed. The minimum wage can be set at one third of the wage average with anti union monopoly rules kicking in at sixty percent. The key though is that the market must have a bid that a worker defaults easily to in between jobs.

This resets everything for agriculture, seasonal work and much else. Done properly the whole economy readjusts around a new paradigm of full employment and wealth creation for all citizens.

Can We Afford to Wait for Redistribution?

The ‘market’ isn’t working for working people. The rich have rigged the rules. We ought to keep trying, of course, to reduce the resulting inequality. But why not, unions are asking, end the rule rigging?

Labor analysts are increasingly making the case for what they call “predistribution.”

Sometimes we need new words to get a grasp on new ideas. Frances O’Grady, Britain’s highest-ranking labor leader, has a new word for us. Predistribution.

Why does O’Grady, the general secretary of the UK’s Trades Union Congress, want us talking “predistribution”? In our staggeringly unequal modern times, her union federation argues in a new paper released last week, redistribution no longer gets us particularly far.

The rich — on both sides of the Atlantic — have seen to that. Over recent years, they’ve systematically dismantled progressive tax systems, the historic heart to public policies that aim to redistribute top-heavy concentrations of wealth.

Even worse, the rich and their cheerleaders have turned redistribution into a political four-letter word. They’ve branded anything that smacks of redistribution a dangerous assault on the “natural” wisdom of our market economy.

We have to sit back, their argument goes, and let the market reward the enterprising and punish the slothful. Or else risk eternal economic damnation.

In reality, of course, markets don’t just reward the enterprising. They reward the price-fixers and the union-busters, the monopolists and the just-plain lucky. And if you inherit grand fortune, the market will merrily heap rewards your way year after year, no matter how slothfully you may behave day-to-day.

Those who hold power shape the rules that determine how markets operate — and who profits the most from them.

Markets, in short, don’t follow “natural” laws. They reflect existing power relationships. Those who hold power bend the rules, formal and informal, that determine how markets operate — and who profits the most from them.

Back in the mid 20th century, in both Britain and the United States, average citizens wielded enough power — through trade unions and at the ballot box — to impact those rules. But that power has ebbed over the last three decades. The rich have rewritten the rules, to line their pockets and their pockets alone.

How profoundly are our new marketplace rules — on everything from minimum wage levels to collective bargaining — depressing wages in Britain and the United States? In the UK today, 20.6 percent of employees work in jobs that rate as “low wage,” that is, pay less than two-thirds the nation’s median paycheck.

Only one other major developed nation in the world — the United States — has a higher share of workers in low-wage work. That U.S. share: 24.8 percent.

Other nations are doing far better at making work pay. In France, only 11.1 percent of workers labor in low-wage jobs. In Norway, only 8 percent.

No eternal “marketplace” realities, in other words, determine how high or how low a nation’s average paychecks go. Real decisions by real people — on the rules that shape how economies actually operate — make this determination.

And more progressive taxes by themselves, British labor analysts argue, won’t be enough to undo the stark inequality the rule changes of recent years have created.

We can’t just, in other words, redistribute anymore. We need to predistribute — end those marketplace practices that steer the wealth our economy creates away from the people who actually create it.

The British laborpamphlet Frances O’Grady introduced last week, How to Boost the Wage Share, advances a game plan for reversing the trends that are shoving income from worker paychecks to employer profits.

The pamphlet’s authors, veteran economic analysts Stewart Lansley and Howard Reed, offer a wide assortment of short-, medium-, and longer-term propoals that endeavor to forge “a more equal distribution of wages before taxes and benefits.”

Their proposals share one underlying commonality. They all target “the root causes of rising inequality rather than concentrating on tackling the symptoms through redistribution.”

This new Trades Union Congress pamphlet, at a more nuts-and-bolts level, explores everything from hiking the minimum wage to placing worker representatives on the corporate boards that set executive pay.

Overall, many of the new pamphlet’s ideas mirror proposals that also appear in Prosperity Economics, a paper by Yale University’s Jacob Hacker and Nathaniel Loewentheil that Americans unions have enthusiastically embraced.

Both these American and British analyses stress the importance, as Lansley and Reed put it, of “rebalancing the economy away from low-paid work.” And what if we don’t? What if we let the wage share continue to decrease? What if we continue to let the powerful and privileged grab with such unfettered abandon?

Without measures aimed at “raising the earnings floor” and “capping excessive rewards at the top,” Lansley and Reed argue, the “recovery” from the global economic collapse that began in 2007 will remain a nonstarter.

“Ultimately,” they conclude, “creating a lower gap will depend on a fundamental shift in the balance of economic and social power.”

In a word: predistribution.

A load of Socialist rubbish! The only reason we DON'T have free markets is that the Socialists have interfered with them for the last 50years!

You pay your employees what they will work for, it is as simple as that. More pay gets better employees in a general sense, and having fewer employees capable of doing a job puts pay up too.

The only solution is to get Govts right out of the way when people interact with each other, so burn the labour laws, minimum wages and compulsory unionism etc, and let people work for whom they like.

Surely the lessons of Russia, North Korea and East Germany have been learnt by now... More Freedom, Less Govt!

Let me explain something. I have managed markets. This does not happen naturally. The invisible hand of the market often has a name and in the larger markets, it has many names.

Without the names, discounting rules and if you can be my slave then that is what will inevitably happen.

Yet discounting is a stupid approach to market management as is playing monopoly. The key is movement around a fair price and confidence building.