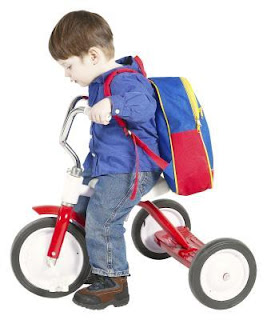 What is indicated and the immediate take home, is that embarking on a gluten free diet with a victim of autism is likely to be advantageous for some victims. Since this is also a good idea in any event for many other reasons, it should be done anyway.

It is additionally indicated that wheat is a contributor to a wide range of conditions essentially making them worse. Thus eliminating it from one's diet except perhaps as an occasional item so that it never dwells continuously in your digestive system is a proper response.

Our society has been spoiled by the convenience of sugar and wheat products and particularly of their refined products. They are turning out to be an awful source of sustenance just by themselves. We lose a lot with all forms of refining and these are surely the worst.

Restoration of whole food protocols is a function of convenience and that is slowly been solved through activist producers.

As the autism epidemic continues to accelerate, one of the least well known contributing factors goes mostly unnoticed: wheat consumption.

A new study published in the open access journal PloS is reinvigorating the debate over what are the primary causes of the accelerating autism epidemic. Whereas too many within the conventional medical establishment, failing to identify a singular cause, apathetically label the condition “idiopathic,” i.e. cause unknown, or worse, “caused by unknown defective genes,” there is a growing awareness that a multitude of environmental factors including vaccines, chemical exposures, C-sections, antibiotics, genetically modified food, and food intolerances are essential in both understanding and treating this disturbing affliction.

The point therefore is not to prove one thing the cause (e.g. “autism genes”), and another not the cause (e.g. vaccines), as if it were strictly some kind of academic sport or past time, rather, to acknowledge possible contributing factors, and eliminate them whenever possible as a precaution.

The new study titled, “Markers of Celiac Disease and Gluten Sensitivity in Children with Autism,” explored the possible association between gluten sensitivity and autism, which previous research has confirmed only inconsistently.[i]

They described their aim as follows: “[T]o assess immune reactivity to gluten in pediatric patients diagnosed with autism according to strict criteria and to evaluate the potential link between autism and celiac disease.”

They discovered that children with autism had significantly higher levels of IgG antibodies to gliadin, the primary immunotoxic protein in wheat, compared with unhealthy controls. They also found that the IgG anti-gliadin antibody response was significantly greater in the autistic children with gastrointestinal symptoms in comparison to those without them. The elevated IgG antibodies indicate: 1) that their immune systems are identifying gliadin proteins as “other.” 2) that gliadin is not being properly broken down through digestive processes and are entering through a compromised intestinal tract (“leaky gut”) into the blood.

It has been theorized that when the immune system forms antibodies against gliadin, these antibodies cross react with self-structures within the nervous system. Known as molecular mimicry, this break down of immunological self-tolerance can contribute to wide range of neurological problems including neuropathy, ataxia, seizures, and neurobehavioral changes including mania, schizophrenia and autism. Anti-gliadin antibodies are therefore a possible cause of autoimmune neurological damage. One study published in the Journal of Immunology in 2007 found that anti-gliadin antibodies crossreact with the neurological protein class known as synapsin I, providing a molecular mechanism behind how an immune reaction to gliadin could contribute to neurological degeneration.

When the researchers looked at levels of celiac disease specific blood markers (i.e. antibodies to deamidated gliadin and TG2), they did not differ between patients and controls. Moreover, there was no observed association between the HLA-DQ2 genetic locus of celiac disease susceptibility and increased anti-gliadin antibodies. This is an important finding, as many look upon wheat intolerance or sensitivity as a rare disorder without a clearly defined mechanism of action like celiac disease. They would rather not believe that wheat, which is a glorified grain in wealthier countries, could contribute to a wide range of diseases. Our project, for instance, has identified over 200 potential adverse health effects of gluten consumption. One does not therefore have to have classically defined celiac disease, or “wheat allergy,” to experience adverse effects associated with gluten-grain consumption.

The authors of the study concluded:

A subset of children with autism displays increased immune reactivity to gluten, the mechanism of which appears to be distinct from that in celiac disease. The increased anti-gliadin antibody response and its association with GI symptoms points to a potential mechanism involving immunologic and/or intestinal permeability abnormalities in affected children.

Scientists are cautious, and they should be. For those who are suffering with an autistic child or family member, however, a gluten free diet might be worth exploring now, even if the link is only considered tentative from the perspective of the peer-reviewed clinical literature. One remarkable example of the potential for a gluten free diet to generate great improvement can be viewed on GreenMedTV.com: Boy Recovers from Autism After Going Gluten Free.