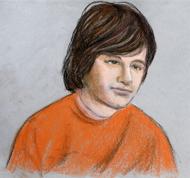 For those who have been observing internet abuse for years, a small victory is always welcome.  That we have been unable to properly thwart spam is unfortunate.

The fact is that no one minds regulated advertising.  It is how we learn of many things.

Unregulated advertising ends up pushing ads rather than content.  You are forced to deal with the exact same unwanted goods day after day.  You cannot end it either by the simple expedient of not paying your bill.

I do not know what money is in it, but I am unconvinced that it is particularly lucrative if only because legitimate venders are clearly not serious players and we see the same creep show as we saw fifteen years ago.  The volume is such that they even crowd each other out.

If spam could be ended, we may see regulated product going out in a reasonable manner, though it would then be in the form of thousands of pages packed in digest form as our newspapers do.

Russian man accused of running vast spamming network pleads not guilty in US
By Dinesh Ramde, The Associated Press | The Canadian Press – Fri, 3

In this artist sketch, Oleg Nikolaenko is shown during his arraignment in federal …

- A 23-year-old Russian man accused of masterminding a vast worldwide spamming network pleaded not guilty Friday in federal court in  to violating a anti-spam law.
The judge ordered Oleg Y. Nikolaenko held without bond, saying he was a flight risk because of his access to cash and his lack of ties to or the U.S.

Nikolaenko was brought into court wearing bright orange prison pants and matching sweatshirt and shackled at the ankles. His attorney entered the plea as a Russian interpreter translated for the man.

Prosecutors say Nikolaenko ran a network that involved placing malicious code on unsuspecting users' computers and then hijacking the infected machines to blast out billions of emails.

Internet security experts say the network was so massive that on some days it accounted for one of every three unwanted emails in the world.

Nikolaenko is charged with violating the CAN-SPAM act by intentionally falsifying header information in commercial email messages and sending at least 2,500 spam emails per day, the minimum threshold for the charge. Prosecutors say his network was capable of sending up to 10 billion messages per day.

The charge carries a maximum penalty of three years in prison and a $250,000 fine.

Nikolaenko, unshaven with disheveled hair, sat silent and expressionless during the 20-minute proceedings.

His attorney, Christopher Van Wagner, said he intended to mount a vigorous defence and would examine whether broad pre-trial publicity might jeopardize his client's ability to receive a fair trial.

"Some people still harbour Cold War images of people from ," he told reporters on the courthouse steps. "You take one look at Oleg, he looks like a kid you find in a basement munching nachos and playing Wii" video games.

Assistant Attorney Erica O'Neil said the prosecution's case would hinge on "voluminous" records including emails Nikolaenko allegedly sent and information gleaned from computer hard drives. She said a computer-crimes expert from the Department of Justice is assisting because of the complexity of the case.

Van Wagner hinted that he may try to cast doubt on the validity of the email records.

"When you respond to an email you don't know who's typing it," he said.

Nikolaenko was arrested last month at the Bellagio Hotel while he was in for a car show. He is being tried in  because that's where an undercover FBI investigator ordered Viagra through an email distributed by Nikolaenko's alleged operation and received bogus herbal pills instead, an FBI spokesman said.

O'Neil said Nikolaenko is being held at a U.S. Marshal detention facility in .

In arguing that Nikolaenko should be granted release on bail, Van Wagner noted that his client's wife and young daughter were in the process of requesting travel visas in so they could be with Nikolaenko in for the trial. They wouldn't be doing that if Nikolaenko were planning to flee, he said.

But U.S. Magistrate Judge Patricia Gorence wasn't convinced, saying Nikolaenko had two passports and $4,000 in cash when he was arrested. She said Van Wagner could request a new bond hearing once the defence arranged for a place for Nikolaenko to live, a request Van Wagner said he would "absolutely" make.

Prosecutors say they sniffed out Nikolaenko's trail during the prosecution of another man convicted in  of conspiring to traffic in counterfeit Rolex watches. The say details emerged that led them on a far-flung investigation that eventually helped them tie Nikolaenko to one of the most sophisticated spamming networks in the world — "Mega-D," which investigators said accounted for 32 per cent of all worldwide spam.

Investigators say Mega-D was a botnet, short for "robot network," in which users' computers are infected with so-called malware that allows someone to remotely hijack the computer and have it send out spam emails. The Mega-D network included more than half a million infected computers.

Nikolaenko is due in court Dec. 21 for a scheduling conference. Gorence said his trial must start no later than Feb. 11.