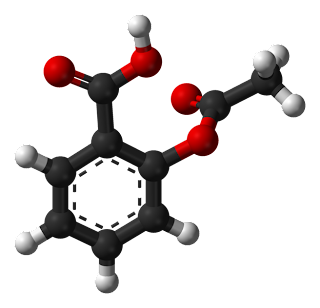 It appears from this that aspirin draws out the nitric oxide and in the process slows the development of plaques.  This begs the question of nitric oxide’s role in the body and if it is a prime mover of heart disease.  It is certainly suggestive.

Aspirin therapy is now common and is recommended for anyone over fifty.  Recall ninety percent of all men have CVD at the age of sixty and this is the one safe thing one can do to minimize the effect and real danger.  Get medical advice of course and use coated forms of the medicine to avoid rare spot damage in the intestine.

Why is nitric oxide in the walls and is it concentrated?

Even slowing the progression of plaques gives the body the time to properly encase and seal of what damage exists.  This could explain the drop in heart attack rate.

Newswise — Charles H. Hennekens, M.D., DrPH, the first Sir Richard Doll Research Professor in the Charles E. Schmidt College of Medicine at Florida Atlantic University, has published the results of A Randomized Trial of Aspirin at Clinically Relevant Doses and Nitric Oxide Formation in Humans in the current issue of the Journal of Cardiovascular Pharmacology and Therapeutics. These are the first data in humans to show that all doses of aspirin used in clinical practice increase nitric oxide. Nitric oxide is released from the blood vessel wall and may decrease the development and progression of plaques leading to heart attacks and strokes.

Hennekens and his colleagues randomized patients at high risk of a first heart attack or stroke to different doses of aspirin for 12 weeks. All doses produced highly significant beneficial effects on two important and well documented markers of nitric oxide formation.

Hennekens was also the first researcher to demonstrate that aspirin prevents a first heart attack. “While the ability of aspirin to decrease the clumping of blood platelets is sufficient to explain why the drug decreases risks of heart attacks and strokes, these data suggest a new and novel mechanism,” said Hennekens.

Hennekens and his colleagues are proposing new and longer term research to the National Institutes of Health to test whether this hypothesis has clinical or public health relevance.

The American Heart Association recommends aspirin use for patients who have had a myocardial infarction (heart attack), unstable angina, ischemic stroke (caused by blood clot) or transient ischemic attacks (TIAs or "little strokes"), if not contraindicated. This recommendation is based on a large body of evidence from randomized trials showing that aspirin reduces risks of heart attack, stroke and death from vascular diseases. In primary prevention, aspirin prevents a first heart attack, but the data on stroke and vascular death are not yet conclusive. The decision as to whether to use the drug should be an individual clinical judgment by the healthcare provider.