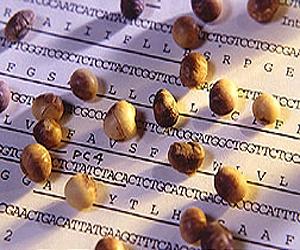 There is one hidden advantage provided by universal literacy and that is access to ongoing information all one’s live.  This brings about a revolution in agriculture.  It is not that the knowledge is not there, it has historically not been applied from simple ignorance.

In the developed world farmers learned to do much different things as a matter of course.  The same will happen in the paddy lands of .

As we progress, this item on wild seeds needs to be though through.  Do we have some way for local land owners to collect and keep seeds on an ongoing manner?  Wild seeds are normally easy to collect.  What is lacking is a good reason.

On top of that the local owner already knows were to look for samples.  As a farm boy, I was able to locate and identify every known wild plant in in one summer and within a distance of perhaps one kilometer.  I certainly could have collected all the seeds over a summer while doing other tasks.

A successful collector can soon over a much larger region if it is considered appropriate.

The project, coordinated by the Global Crop Diversity Trust, aims to safeguard valuable genetic traits in wild plants that could be bred into crops to make them more hardy and versatile, the BBC reported Friday.

The plant material collected will be stored in seed banks in the long term, but will also be used in "pre-breeding trials" to find out if the wild varieties could be used to combat diseases already threatening food production.

"There is a real sense of urgency about this," said Paul Smith, head of the Millennium Seed Bank at 's .

"For some of these species, we may just get this one bite of the cherry, because so many of them are already threatened (with extinction) in their natural habitats," he said.

The hope is that the wild relatives of food crops will help plant-breeders produce strains that can cope with changing climate, plant diseases and loss of viable agricultural land.

"All our crops were originally developed from wild species -- that's how farming began," said Fowler, executive director of the Global Crop Diversity Trust.

"Climate change means we need to go back to the wild to find those relatives of our crops that can thrive in the climates of the future."

Cigugur, Indonesia (AFP) Dec 12, 2010 - Indonesia is one of the world's biggest producers -- and consumers -- of rice, but in the interests of public health and food sustainability the government has launched an ambitious drive to wean people off their beloved staple.

For ordinary Indonesians like Andi Santoso, a 23-year-old student, the thought of going without rice for a day, as the government is proposing, is almost unthinkable.

"I eat rice for breakfast, lunch and dinner," he said, a little bemused. "If I don't eat rice, I feel like I haven't eaten. What else can I eat?"

Welfare Ministry secretary-general Indroyono Soesilo says the answer is simple, even if it sounds crazy to a nation that produces more than 40 million tonnes of rice a year and consumes around 33 million tonnes.

He likens the push to alternative sources of nutrition to asking a smoker to give up cigarettes.

"Indonesia produces 66 kinds of other carbohydrates, such as corn, sago, cassava, sweet potato, potato and others. These all can replace rice for two out of three meals a day, for example.

"We urge Indonesians to diversify their eating habits from childhood."

With 240 million hungry mouths to feed, is the world's fourth most populous country. The average Indonesian consumes more than 100 kilograms (220 pounds) of rice a year, more than the Japanese and Chinese.

Improving farming techniques and a post-colonial food security drive have seen the country go from being the world's biggest rice importer in the 1960s to being self-sufficient now.

But while rice is plentiful and cheap, the government is worried that the nation is becoming too dependent on a single crop.

The grain that springs from paddy fields across is vulnerable to shifting global weather patterns, such as this year's unseasonal rains linked to cooler sea-surface temperatures in the Pacific, known as the La Nina effect.

Other concerns include population growth and the shrinking availability of arable land due to factors like urbanisation and rising sea levels from global warming, which the government fears could slash Indonesia's rice production.

But for millions of poor Indonesians, rice is not just a food staple, it's a livelihood that sustains life and deserves worship as a gift from the gods.

"Rice is life. It gives jobs and food," explained Djati Kusuma, the "king" of Cigugur, a village in the middle of Java island where the annual Seren Taun festival celebrates Dewi Sri, the goddess of rice.

For three days the villagers gather "to ask for her protection in order to avert disaster and to get an abundant harvest", he told AFP at the festival last month.

No one in Cigugur appears to be thinking of growing anything different on the verdant green paddy fields that flourish in the rich volcanic soil around the village.

The people in Java's rice-growing villages see the grain as something noble, occupying an elevated seat in the agricultural hierarchy compared to roots like cassava, which is associated with poverty.

Industrial growers however are rapidly seeing the potential of crops like cassava and sago for their dual uses as food and biofuel.

A September report by the International Rice ResearchInstitute (IRRI) and the US-based Society said Asian countries need to sharply increase and better manage rice stocks to improve food security in a region where 65 percent of the world's hungry live.

's rice-producing areas are home to nearly 560 million extremely poor people, who live on less than 1.25 dollars a day. About 90 percent of rice is grown in the region, on more than 200 million farms.

Rice is the staple food for more than three billion people, about half the world's population.
Posted by arclein at 12:01 AM