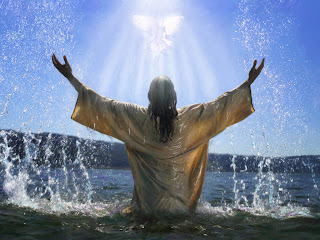 This is the season in which many celebrate the birth of Jesus or perhaps realistically the birth of Christianity.  What I want to address today is the boy and man and as much as possible the claims he made.  I want to do this in light of my conjecture in which we recognize GOD as the governing authority for the colonization of Earth with human beings able to implement agriculture in order to properly terraform the place.  Unsurprisingly this mission is meant to be completed and it is reasonable that from time to time a teacher would be encouraged to engage in forms of social engineering aimed at speeding things up in a predictable manner.  Without question, the emergence of Christianity has been a remarkably successful piece of direct social engineering that ushered in the modern world after reforming the barbarian culture of particularly.

All this begs the question of just what can we say about Jesus?

He was a genius class individual born into a prosperous Jewish culture then impacting with the antique Roman empire consolidating and opening up the Mediterranean basin to cultural exchange.  He obviously had a photographic memory as demonstrated as a twelve year old and this was remarked and is passed down to us.  This obviously led to the young man finding himself on what passed for the academic fast track and this surely led to studies of languages and other scriptures at other foreign centers.

When he returned, he came believing that he had been chosen to introduce new teachings into his society.  Curiously he appears to have felt empowered and he speaks of direct communication with GOD and of been his child which we assume to be metaphorical.  The end result was that he quickly stopped trying to redirect the temple hierarchy and went out to teach the masses and develop his own cadre of teachers.

His impact was obviously significant and this earned him a pretty quick trip to the cross.  His startling reemergence and departure a few weeks later was sufficient to establish his cult of immortality and the importance of the immortal soul.  Those actions and the enthusiasm of the apostles led to the emergence of a canon of teachings under that reset the idea of religion and simultaneously suppressed competing dogmas.

So do any of the oral traditions and written materials that were produced soon after his lifetime tell us anything?  They outline his doctrine as simply as it can be made and his claim to divine descent from GOD.  This assumes an authority that he then shares with his apostles.  He certainly was a change agent.

The unusual aspect of his ministry was the ability to induce apparent divine intervention on demand to convince followers that his claims regarding personal divinity were real.  This is important because without all that he just was another human speaker in the eyes of his listeners.  Thus the only tangible evidence of direct contact with GOD that comes down to us and would have been convincing are the series of miracles actually listed including the resurrection.

We have to leave it at that.  He was a classic genius grade intellect who had absorbed the available literature in several languages and had reached a range of conclusions that he introduced as teachings in his homeland.  That alone made him important.  Yet he lived in a world in which the only method of communicating was word of mouth.  To handle that he shaped his message in a form that his apostles could replicate and repeat to produce succeeding generations of teachers without any mystical or racial baggage.  No where does he mention the chosen people idea at all.  This omission is significant because it is blinding and unexpected.  Of course, it may well be that it all ended up on the cutting floor under but we still have evidence of it.

The only evidence that we have that GOD was promoting a bit of social engineering is the apparent sequence of miraculous interventions in support of the message that what Jesus was saying was important.  It certainly was the outcome and we can reasonably assume a number of failures also happened over the years.

Miraculous intervention continues to be part of the ongoing development of Christianity and we likely need to pay much more attention to this aspect rather than simply dismissing the subject as we are all encouraged to do.

The thesis that GOD promotes Christianity through judicious divine interventions is hardly new and a part of it from the beginning.  It is still unexpected to find it a natural corollary of a tangible GOD that is apart from local authorities since the foundation.

The mythological idea of the Second Coming that is wrapped all around this and is open to a full reinterpretation which I will save for another time.