Urbanization in China and India 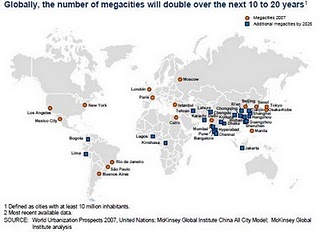 This work quantizes the scale of urbanization in .  It represents a massive capital investment and it will quickly achieve the GDP per capita of the present developed world which will also be transforming itself into better lifeways.

The impact of near ten percent growth, year after year for a third of the globe’s population is that the rest of the world is also maintaining sustained growth if only because they become suppliers to  these economies.  This has invigorated just about everywhere.

Investors no longer care too much about the useless fool or big man in charge because they know time will resolve all that and they can only win in the long term. 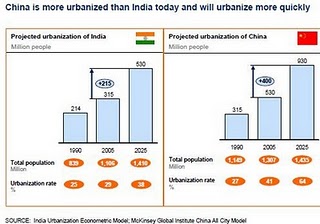 
* Indian cities will create 70 percent of new jobs, and these will prove a powerful magnet. MGI projects that the urban population of will increase from 340 million in 2008 to 590 million by 2030.


* If pursues a new operating model for its cities, it could add as much as 1 to 1.5 percent to annual GDP growth, bringing the economy near to the double-digit growth to which the government aspires.


* If continues to invest in urban infrastructure at its current rate—very low by international comparison—gridlock and urban decay will result. 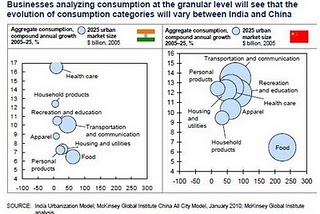 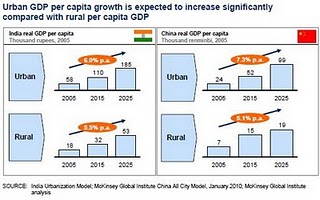 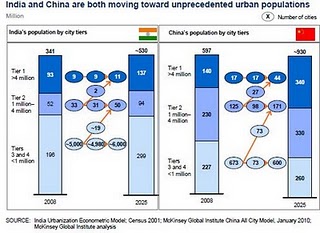 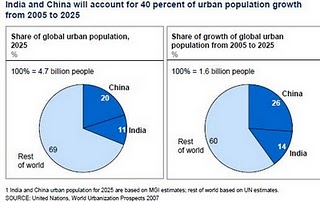