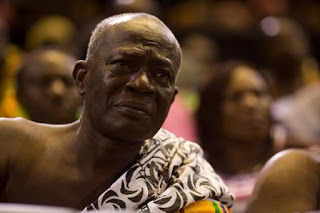 There are some real surprises here.  Yet even the blind dumb and stupid can make the same calculation made in thirty years ago and in twenty years ago and ten years ago.
By hook and by crook, educate and empower your people with a little capital and get the hell out of the way.  They will take care of the rest and the developed world will jumpstart it all with knowledge.
It is really simple.  Just building out what has already been invented elsewhere is good enough for the first forty years to grow like crazy with almost no risk.  After all you can get the rag factory of the shelf, feed in workers and ship product tomorrow to your countrymen and offshore for your own foreign exchange.  None of this inventing nonsense is called for.
is a big surprise and I am sure we will soon see on the list. has become respectable only several years after war and the establishment of sound government.
is now running out of room, but this will likely be a slow diminishment.

Our most popular article in 2009, some would say not surprisingly,  was projections for the ‘12 Fastest Growing Economies in 2010’.

Let's polish the crystal ball and take a look.

As our source, we have taken a look at the data on the Economic Statistics database here at EconomyWatch.com. The data points come from the IMF’s tracker of GDP Growth in constant prices in the national currency (not converted to US dollars).

For 2010, we noted that none of the top growth countries were advanced economies; only one was G20.

We also took a look at the key trends that are driving the growth figures.

While trends are following through as projected, you may be surprised at who is now leading the pack in terms of economic growth - not a country that is normally thought of in those terms.

And compelling reading it makes once again.

Growth rates are much higher this year. The chart tops out at over 20%. Last year we saw a projected high of 16.4% from growth leader Qatar.

One third of the Top 12 are from the Far East; two from the Middle East and one from .

In 2010 there was only one G20 nation in the Top 12. This time also makes the grade. This is the beginning of a larger trend.

With ’s aging population and ’s young demographic ’s growth rate will overtake ’s within 10 years, as it will start to enjoy a “demographic dividend.” However will not be without its own challenges as our Chief Political Economist David Caploe points out here in his article India: One Child Policy?

What can we make of these trends? What is the reality behind the statistics?

1.    The African decade continues to hold sway. 2010 to 2020 is bringing massive development to the continent. As continues to boom we will see the Chinese offer more large-scale infrastructure development to African governments in return for natural resources and farmland to support it’s vast population. In turn African countries are continuing to challenge old perceptions of corruption and violence through practicing better governance. Chart leader is one of ’s strongest democracies. African countries will continue to veer in favor of increased prosperity. The picture continues to be replacement of Western aid for Africa by Eastern trade with .

2.    Who woulda thunk it! Energy is still Key. Not surprisingly energy continues to play a key role. We expect this trend to continue with the advent of “peak oil” and the continuing upward trend in oil and natural gas prices. Countries like and with their huge natural gas and oil reserves will continue to boom.

4.    A low growth base offers more opportunity for expansion. This explains the lack of highly developed economies in the Top 12. As these markets contend with the credit crisis (or as Dr Dave likes to call it, the Loan Freeze), the ongoing costs of supporting an aging population and the law of diminishing returns will ensure that we will see much higher growth performance from economies that have more room to grow.

5.    The peace and democracy bonanza. Rounding of our counter-intuitive list is another perfectly intuitive point. Countries like who are experiencing a new era of good governance will enjoy massive growth increases. Where there is peace and good governance, prosperity will follow as we see these countries making use of their resources more actively and using them to build, rather than wage war.

Underdeveloped economies will continue to surge ahead for 2011. Mercifully, for the majority of the world’s population, the gap between rich and poor seems to be closing. That’s at least three out of five for David’s Top Five Christmas wishes for the world Economy in 2009! Progress…