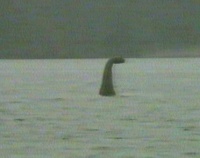 We live in a different world today, than that of the fifties and sixties when the film was made.  Here we hear that the famous film made then had creditable eye witnesses and was done by men dedicated to recording any such event.  We actually have a class one report similar to the original Bigfoot film made so hurriedly at around the same era.

I have already posted extensively on this subject.  The existence of a class one report in which the source is reasonably creditable merely reassures us that we are onto something.

My conjecture is that these ‘sea serpents’ or plesiosaurs are returning to ancestral deep fresh water lakes in order to breed and set a clutch of eggs.  These are plausibly set in burrows in decaying plant material as is typical of dawn age reptiles.  The young may spend some time in the deep of the lake until it is needful to go down to the sea.

At sea, they operate in the deep which is several hundred feet below the surface layers that we rely on for fishing.

I suspect that the adults need the deep waters to function properly. And that is why they appear to be associated with deep fresh water lakes.

Perhaps someday we will have a good example, though we have heard no more about the curious remnant found by Japanese fishermen.

In the meantime, controversial data is easily vetted on the internet and a community of interested folk can keep it alive and protected from fraudulent knockers. 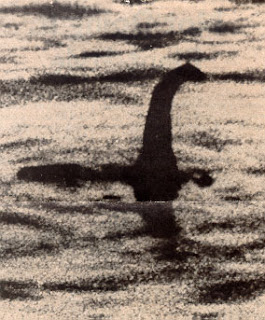 A famous film of the Loch Ness Monster has resurfaced. Long dismissed as a hoax, the vintage footage of the elusive beast has suddenly gained new respectability thanks to the son of the man who originally caught the monster with his camera.


None other than a retired police officer, Mr. Simon Dinsdale, has come forward to declare that the footage of the world-famous creature recorded by his father half a century ago is the real thing.


Dinsdale's father was a famous Loch Ness researcher who also happened to be a highly respected aeronautical engineer within ' Royal Air Force. The senior Dinsdale made a total of 56 trips to the Scottish loch in search of proof that something big and scary really did inhabit the mysterious lake.


The RAF engineer penned a number of popular books about Nessie. After capturing the legendary monster on film, he had RAF photography experts analyze it frame-by-frame. The optical researchers decided that the moving image the camera caught was not a long, submarine, boat or an optical illusion of light refraction, but a truly unknown thing.


Now Simon Dinsdale asserts that he knows the film his father took of the Loch Ness Monster is not only real, but that he himself has witnessed the creature on two separate occasions.

During a recent interview with the BBC, Dinsdale shared his personal sightings. "I saw this immense, extraordinary object, it looked like the back of a huge animal.


"It stood two or three feet out of the water, four or five feet across, reddish brown and had a blotch on the left flank which I could see very clearly.


"And then it started to move—a most electrifying moment!"


Something unknown is under the murky waters of the lake. Speculation on just what it—or they—could be range the gamut from giant eels, prehistoric whales, sea snakes…even a long-thought extinct plesiosaur, a dinosaur thought to have died out more than 65 million years ago.


Reports of Nessie go back centuries. The first modern day sighting on record was made by a George Spicer in 1933. Spicer and his wife declared they witnessed "a most extraordinary form of animal" that crossed the road in front of them before it reached the loch's shoreline and slipped into the water. They described the creature as being about 4 feet high and 25 feet long.

Still, the reports of the creature persist.

Dinsdale is no crackpot. He's a matter-of-fact man steeped in the tradition of calm practicality that police officers around the world exhibit. He spent years examining clues, forensic evidence, and was part of a police team assigned to hunt a serial killer.

"I'm experienced at looking at evidence," he told the BBC interviewer, "and I can tell you that on the balance of probabilities there is something large and unknown living in this loch."

Lake monsters are not limited to Loch . Creatures have been seen and reported for centuries in lakes all over the world including the , , , , , , , and .