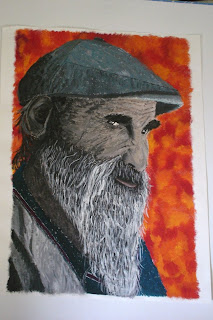 The take home may be that specific prenatal conditions may affect oxygen stress resistance and the resultant brain wiring.  Certainly it has been long observed that the very intelligent are better able to age gracefully into deep old age.  Or there are at least more who make it there.

Brain wiring is something that is still poorly understood, but must soon come under intense study.  There is good reason to have every child optimally prepared.  The societal benefits are also obvious.  If all can perform to a high standard, talent separation becomes unnecessary.

It also means that in a modern society that all develop youthful skills supportive of the physical needs of society as a matter of course.  I had thought that wise anyway, but this makes it inevitable.  It should quickly become policy.

Of course making wise life choices does improve with rising intelligence and that must also be a factor.  Smokers and drinkers mostly fail to make it.

Old and Wise: Why Do Smarter People Live Longer?

Bees help to explain the link between intelligence and long life

Intelligent people live longer—the correlation is as strong as that between smoking and premature death. But the reason is not fully understood. Beyond simply making wiser choices in life, these people also may have biology working in their favor. Now research in honeybees offers evidence that learning ability is indeed linked with a general capacity to withstand one of the rigors of aging—namely, oxidative stress.

Ian Deary, a psychologist at the University of Edinburgh, has proposed the term “system integrity” for the possible biological link between intelligence and long life: in his conception, a well-wired system not only performs better on mental tests but is less susceptible to environmental onslaughts. Gro Amdam of and the of Life Sciences was intrigued by the idea and last year devised a way to test it in bees.

Honeybees are frequently used as a neurobiological model for learning—they can be trained, using positive or negative reinforcement, to retain information. In Amdam’s experiment, individual bees were strapped into a straw, where they learned to associate an odor with a food reward in a classic Pavlovian conditioning scenario. After only one or two trials, many bees learned to stick out their tonguelike proboscis in anticipation of a sugary droplet. Some bees took a little longer—as in humans, there are quick learners and slower ones.

To simulate aging, the same bees were then placed in plastic tubes and exposed to a high-oxygen environment, a metabolic stress test. All animals need oxygen to breathe, but an overload drives cells to churn out damaging free radicals that break down cell membranes and cause cells to commit suicide, triggering premature aging. The better learners tended to live longer during this ordeal—an average of 58.8 hours, as opposed to the poor learners’ average of 54.6—suggesting they have a more robust antioxidant system, which mops up destructive free radicals.

For people, too, Amdam hypothesizes that the ability to handle stress could be a component of system integrity; better overall stress resilience may contribute to both higher IQ scores and longer life. And if scientists can unravel what underlies these biological differences, they might be able to alleviate inborn disparities. “There is an opportunity to help everyone live longer,” Amdam says.
Posted by arclein at 12:01 AM