Why some Canadian farmers may soon tower 'head and shoulders' above their U.S. rivals in Japan 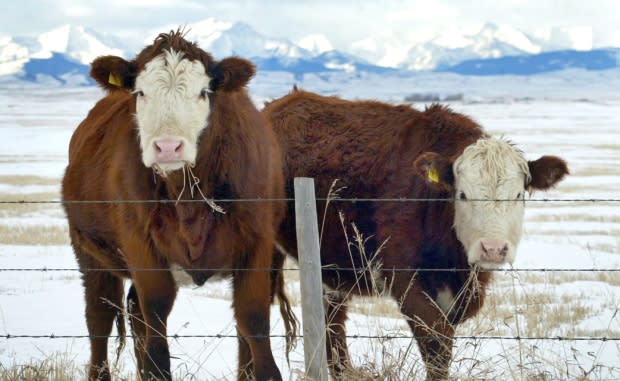 
This is good news for Canadian agriculture as it nicely establishes a customs union between Japan, Australia and populous Vietnam as well.  In particular, we can expect to see ample initiatives among Canadian farmers to supply well established Japanese market niches.  We have everything the Japanese crave in spades.

Beef is an obvious item of course and someone is already starting a Wagyu herd in partnership with the Japanese.

Better yet is that the agreement addresses uniform regulation as that is always a probnlem.


Why some Canadian farmers may soon tower 'head and shoulders' above their U.S. rivals in Japan

It was the 1990s when a pair of Japanese butchers climbed aboard an airplane and travelled some 8,000 kilometres to visit a family-owned pork plant in rural Alberta.

The local owners of Sunterra Farms hosted the men because, to crack one of the world's most desirable markets, their staff needed to see exactly how Japanese consumers liked their meat.

The swift, precise blade work of the meat cutters left quite the impression.

"One of the guys that was on our [production] line said, 'These guys aren't butchers — they're artists,'" recalled Ray Price, president of Sunterra Farms.

From those early days, Sunterra's Japanese exports have grown to become the majority of their processing business. And with a newly minted trade pact among Asia-Pacific nations, Price can see even better things ahead.

"It's really good," said Price, assessing the impact of the deal — called the Comprehensive and Progressive Agreement for Trans-Pacific Partnership (CPTPP) — on his business with Japan.

"We see it as an opportunity to continue to grow that market."

The  CPTPP is a free trade agreement involving Canada and 10 other countries in the Asia-Pacific region. Among the group are Australia, Brunei, Chile, Japan, Malaysia, Mexico, New Zealand, Peru, Singapore and Vietnam.

It does not include the United States, which backed out after Donald Trump became president.

The deal lifts, cuts or phases out tariffs involving a variety of industries but there's also more to it than that, said Carlo Dade, a trade expert with the Canada West Foundation in Calgary. For one, it also harmonizes regulatory practices.

"Even in places where the tariffs don't come down, we have an advantage over the Americans, in that we now have formal agreements to deal with all the non-tariff stuff that drives farmers and exporters crazy," Dade said.

For many in Canada's agrifood sector, and beef and pork producers in particular, the jewel in the deal appears to be Japan.

Canadian farmers for years faced their share of challenges to make inroads into the country, often competing against the heft of American exporters while lugging the expense of trade levies.

Now, armed with the trade pact, some are setting their sights on carving out a bigger piece of that rich market, especially with the United States sitting on the sidelines.

This may be good for canola and wheat growers, but it's those in the meat business that might be happiest of all.

"Exports of pork and beef products should benefit most from the absence of the United States," according to one federal economic analysis issued last year. 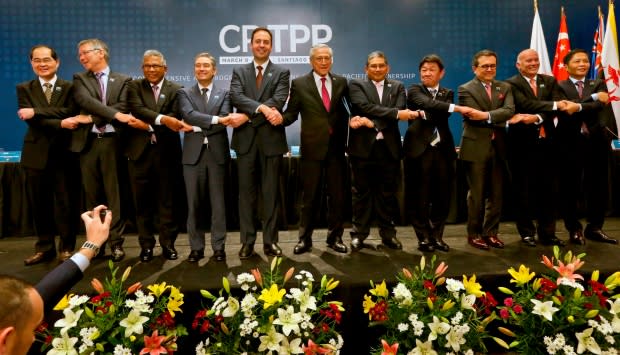 Japan is one of the largest meat importers in the world, with the United States and Australia the biggest suppliers. Australia has benefitted from having lower tariffs, while the U.S. has competed on price and with marketing.

With tariffs on Canadian fresh beef being phased down from 38.5 per cent to nine per cent, Canadian producers feel like they can make a bigger mark.

"It's levelling the playing field for us with with Australia and it's putting us head and shoulders above our competitors in the U.S.," said Stan Blade, dean of the faculty of agricultural, life and environmental sciences at the University of Alberta.

Canadian beef represents about two to three per cent of the market in Japan, said Dennis Laycraft of the Canadian Cattlemen's Association, but they'd like to get to around 10 per cent.

"It's just simply one of the largest, high-quality beef markets in the world," Laycraft said.

The trade agreement "clearly makes Japan a more attractive market to move our product in there," he added.

There's a lot of money on the table. 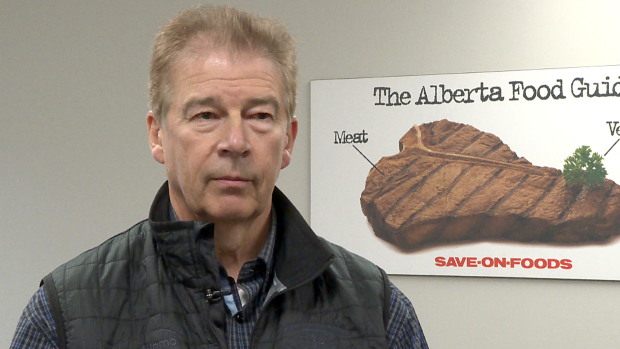 Under the CPTPP, according to the federal analysis, Canada's annual beef exports to Japan are projected to nearly double, climbing $378 million, once the tariffs have been phased down.

"We have a real big opportunity here for our producers to increase their market share at the expense of U.S. producers that have a significantly larger presence than us," said University of Calgary economist Trevor Tombe.

Pork exports are expected to eventually climb by more than third, or $639 million, according to the same analysis.

Price doesn't think Canadian growth will come at the expense of the U.S. pork producers, however.

"We were actually selling almost as much or a little bit more chilled pork into Japan as what the Americans were already without this [trade deal]," Price said.

"It'll help expand our marketplace [but] I don't see us eroding much of the U.S. market share." 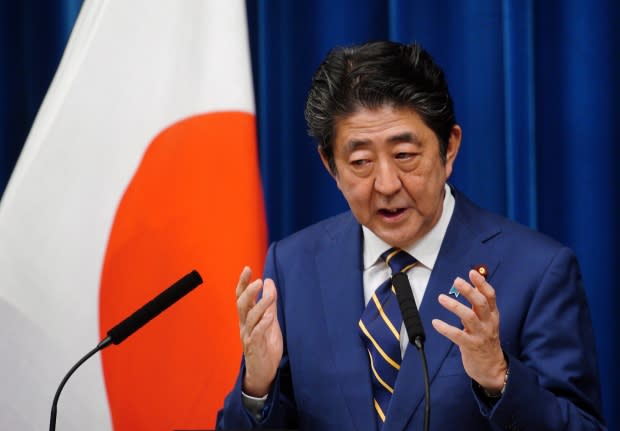 Japanese consumers are fastidious in their food choices and the market is highly competitive. The beef rivalry between the U.S. and Australia in Japan has been referred to as an "arms race."

While tariff reductions are helpful, price alone likely won't win the day. Both Laycraft and Sunterra's Price say quality is critical and so are relationships, something both have been working on for years.
International Trade Diversification Minister Jim Carr will likely try to forge some of his own this weekend when he sits with Japanese industry representatives to discuss market access for Canadian products. Those discussions will follow the first meeting of the CPTPP Commission in Tokyo on Saturday.

The University of Alberta's Blade said the fact Canadian agriculture has an established reputation in Japan built up over the years is another reason for optimism about the trade pact.

"Japan wants to do business with Alberta, with Canada, and they have done so even when there have been these these you know fairly tough tariff regimes," Blade said.

"Now, from a just purely cost point of view, we're becoming much more competitive."
Posted by arclein at 12:00 AM