The rise of Socialism: Standing on the shoulders of morons 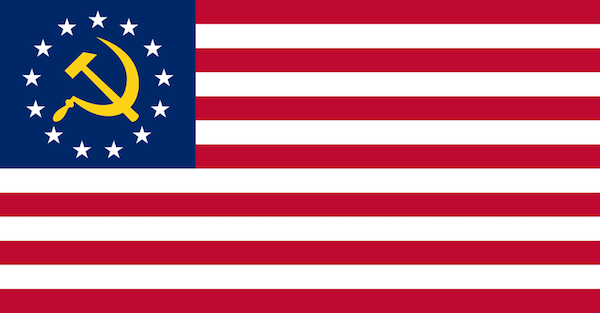 Exactly who does socialism actually appeal to?  I think that certain sensible programs are used to rationalize the turn over of power to corrupt and stupid men and women who really have nothing to add.

Throw in political greed among this group of actually stupid people and disaster is inevitable.

Consider something.  STEM students do not participate in the political science program.  It is literally beneath them and there is no evidence it has gotten better. Both poly sci and its related 'disciplines' recruit from the middle third of the potential student audience which actually leaves the lower third out.  Most of these are ill informed and mental lightweights.  The rest are attracted to the commerce program.

Yet we recruit our politicians from this particular cut.  Obama was clearly one and a few others are popping up.

Let us make it blindingly simple.  No public office unless you have earned a 1400 SAT.

You are provably stupid if are a socialist.  The evidence is direct and uniform as well. all such attempts make bad economic situations far worse.  There are socialist program successes only because they are well managed monopolies.  Management is the issue always.

The rise of Socialism: Standing on the shoulders of morons

I’ve spent the last several days in this quaint Colombian city near the Venezuelan border (though I’m presently at the airport, en route to Chile for a board meeting).

As I’ve discussed several times in the past, Colombia is great. It’s naturally gorgeous, incredibly cheap, and full of interesting opportunities.

The country has recently emerged from decades of civil war. And the rebuilding efforts will have a profound impact on the economy… most notably with the national infrastructure.

The distance from here to Bogota is barely 400 kilometers– it shouldn’t be more than a 3-4 hour drive. But it takes almost nine hours thanks to the terrible highways.

Railways, ports, even digital infrastructure are all lacking in Colombia, in large part because of the decades-long war against the FARC. For years the government didn’t want to build more railways if the guerrillas were just going to destroy them.

With the war over, they’re dumping an enormous amount of money into modernizing the country, which invariably brings interesting opportunities.

I spent the weekend in the mountains outside of Bucaramanga looking at real estate projects where, for example, a plush family home on more than an acre lot in an upscale community ran less than USD $70,000.

That’s cheap. My rule of thumb is that anything less than $1,000 per square meter for good quality residential housing (about $92 per square foot) is a great deal.

I also saw a huge, stately home with a grand, Spanish colonial interior courtyard, plus several acres of land, for less than $200,000.

That’s a hell of a bargain for a country with such a bright future.

One of the most noticeable things about this town, though, is the presence of so many Venezuelan refugees.

Bucaramanga is very close to the border, so it’s a natural migration point for Venezuelans fleeing their country. They’re EVERYWHERE.

Talking to these people, it’s apparent that the conditions are far worse than generally reported in the media. I’ve been to Venezuela several times myself, and I’ve seen firsthand the lack of food, medicine, etc.

It’s incredible that a country like Venezuela that’s rich in so many resources is in such a desperate situation.

Venezuela is legendary for its world-class oil and mineral deposits. But more than that, Venezuela boasts incredibly talented entrepreneurs and skilled labor, plus plenty of port facilities, arable land, etc.

This place SHOULD be an economic powerhouse. And decades ago it used to be.

But today Venezuela is one of the world’s most impoverished nations.

How did it all go wrong?

It’s all due to the rise of corrupt socialism.

You know the story: about 20 years ago, Hugo Chavez took control of Venezuela and engaged in radical economic and political reforms that awarded supreme power to the government (specifically to Chavez) while doling out crippling socialist programs that the country couldn’t afford.

When the price of oil was at an all-time high, they were able to limp along.

They tried to make up for it by nationalizing and expropriating everything that wasn’t nailed down– businesses, private land, etc. But that made matters worse.

They also borrowed heavily, burned through their international reserves, and printed an unbelievable amount of money. The currency quickly went into free-fall.

When I first went to Caracas several years ago, the exchange rate was about 8 bolivares per US dollar. A few months later when I returned, it was 50. My next trip was 500.

Soon a single US $100 bill would buy me literally stacks of Venezuelan bolivares; and by the time they finally capitulated and took the money out of circulation, it took over 4 million bolivares to buy a single US dollar.

(Since August 2018 the Venezuelan government started issuing new currency, which is basically the old currency minus a few zeros…)

All of this began with a premise that the government could centrally plan prosperity– that a tiny political elite could engineer wealth and efficient productivity while simultaneously providing an endless supply of free benefits to the constituents who keep them in power.

This experiment in central planning has notoriously failed throughout history (and it bankrupted Venezuela in less than two decades).

Yet we invariably see it rear its ugly head over and over again despite its dismal track record… especially in times when wealth and income inequality rise.

Every time people feel like they’re getting screwed by the system… every time they feel like someone else has an unfair advantage, there are cries to seize assets, confiscate wealth, and centrally plan prosperity.

We’re starting to see those calls rise again in the Land of the Free, where a whole spate of socialist-leaning candidates are coming out of the woodwork… including some presidential contenders.

There are now 40 socialists in Congress, including the infamous 29-year old Alexandria Ocasio-Cortez, who think it’s a great idea to centrally plan the economy, jack up tax rates to confiscatory levels and even nationalize certain private industries.

Their desires are echoed by Nobel Laureate Paul Krugman who believes that 70%+ would be the best tax rate for maximum economic efficiency.

It’s even more interesting to note that, according to a recent Gallup poll, more younger Americans (18-29) now identify with Socialism than Capitalism – 51% vs. 45%. That’s a 12-point decline in a positive view toward capitalism in just the past two years… back in 2010, 68% of young Americans viewed capitalism favorably.

To borrow from Isaac Newton, they seem to be standing on the shoulders of morons.

And yet membership in the Democratic Socialists of America has swelled 7x just in the last two years.

This is all really alarming.

I’m not saying the US is going to become Venezuela in 20 years. But the Land of the Free is rapidly going down the same destructive path.

"Let us make it blindingly simple. No public office unless you have earned a 1400 SAT."

Bad criterion. What do you think is the average SAT score of all those SJW professors who are busy teaching our youngsters about all the glories of socialism?

My god... for a perfect horror show, just look at the performance of Woodrow Wilson.