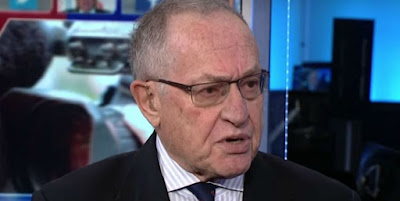 Now we are having prominent people been attacked in this manner with blatantly false accusations that just happen to be in the public sphere right now.

The police need to snap up these accusers and end this nonsense.  At the same time the press needs to refer these criminal complaints to determine the existence of criminality before they allow any reporting.   In this particular case we have a blackmail attempt known to the victim and a clearly disturbed person as well.  Credibility evaporates before you actually check the facts.

Perhaps a suit for reckless libel needs to be pushed.
.

In an interview Thursday morning with 'Good Day New York,' Alan Dershowitz pushed back against allegations that he had sex with underage girls through billionaire convicted pedophile Jeffrey Epstein. He said he is being framed and has emails that will put "prominent people in handcuffs."

"Look, as to the first woman who accused me, her own lawyer admitted in front of witnesses that she was wrong, just wrong, that I couldn’t have been in the places,” he said.

"The second woman," he said, "is a woman who wrote to the NY Post claiming she had video tapes of Hillary Clinton, Bill Clinton, Donald Trump having sex with underage girls. The NY Post said,
Posted by arclein at 12:00 AM